The Vatican’s unread newspaper and the U.S. bishops 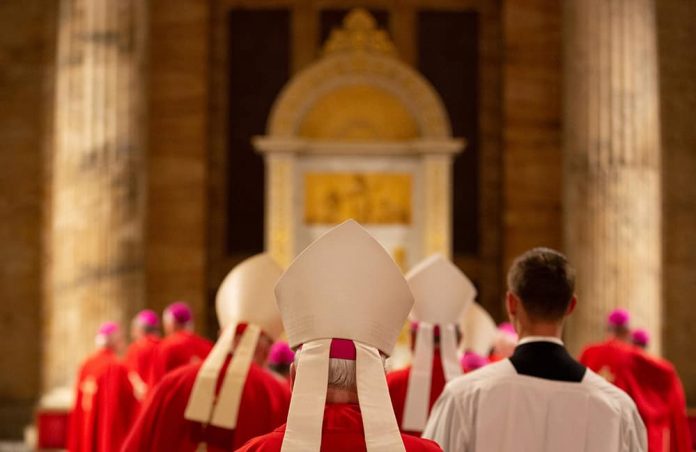 When I began working with some regularity in Rome 30 years ago, my elders and betters taught me that no one paid much attention to the Vatican newspaper, L’Osservatore Romano. The exception to that rule was the daily section with the charming title Nostre Informazioni (“Our Informations”), in which papal audiences, episcopal appointments, and other tidbits of interest to those obsessed with Who’s Up and Who’s Down are recorded. (The most famous of these nuggets was the brief line, “The Rev. Louis Billot, SJ, was received in audience today by His Holiness.” Billot had entered a 1927 meeting with Pope Pius XI a cardinal and emerged a lowly Jesuit priest, the pontiff having blown his stack over Billot’s tacit criticism of Pius’s smackdown of the extreme right-wing French movement, Action Française.) L’Osservatore Romano has improved its appearance over the past three decades, but insofar as I can tell, no serious person inside or outside the Vatican pays it much attention.

The reason why was demonstrated by the paper’s November 18 edition. There, on p. 8, we find a story about the annual meeting of the U.S. Conference of Catholic Bishops, in which this sentence appears (I translate from the original Italian): “In it [i.e., the bishops’ teaching document on the Eucharist] there is no mention of the prohibition of Communion to Catholic politicians, nor is there any explicit mention of abortion.”

That is simply not true. The bishops cited the Second Vatican Council’s Pastoral Constitution on the Church in the Modern World and its description of abortion as an infamy. The bishops also cited Pope Francis’s encyclical Fratelli Tutti, which sharply criticizes treating anyone as “disposable,” including “the unborn.”

As for politicians who facilitate elective abortions, the bishops reiterated their teaching in 2006:

“If a Catholic in his or her personal or professional life were knowingly and obstinately to reject the defined doctrines of the Church, or knowingly and obstinately to repudiate her definitive teaching on moral issues…he or she would seriously diminish his or her communion with the Church. Reception of Holy Communion in such a situation would not accord with the nature of the Eucharistic celebration, so that he or she should refrain.”

“The judgment of one’s state of grace obviously belongs only to the person involved, since it is a question of examining one’s conscience. However, in cases of outward conduct which is seriously, clearly and steadfastly contrary to the moral norm, the Church, in her pastoral concern for the good order of the community and out of respect for the sacrament, cannot fail to feel directly involved. The Code of Canon Law refers to this situation of a manifest lack of proper moral disposition when it states that those who ‘obstinately persist in manifest grave sin’ are not to be admitted to Eucharistic communion.”

Finally, the bishops underscored their own responsibility for the Church’s eucharistic discipline:

So, for the sake of L’Osservatore Romano correspondent Salvatore Cernuzio, his editors, and other confused brethren, let’s try this one more time: in “The Mystery of the Eucharist in the Life of the Church,” adopted by a vote of 222 to 8, the U.S. bishops taught the following –

1) Facilitating the grave moral evil of abortion is a public act that fractures one’s communion with Christ and estranges one from the Church.

3) The bishops have a solemn obligation to inform estranged Catholics of their situation and work to catechize them in the truth. If that catechesis fails and the estranged Catholic obstinately continues to facilitate grave evil, then he or she must be told not to present himself or herself for Holy Communion.