His Church. Our Experience.
Subscribe
HomeApostolic MindsetThe truth of all reality: Seeing anew with a biblical worldview
Apostolic MindsetMagazineOn MissionPower of the GospelSynod 2021-23

What it means to have a Biblical worldview 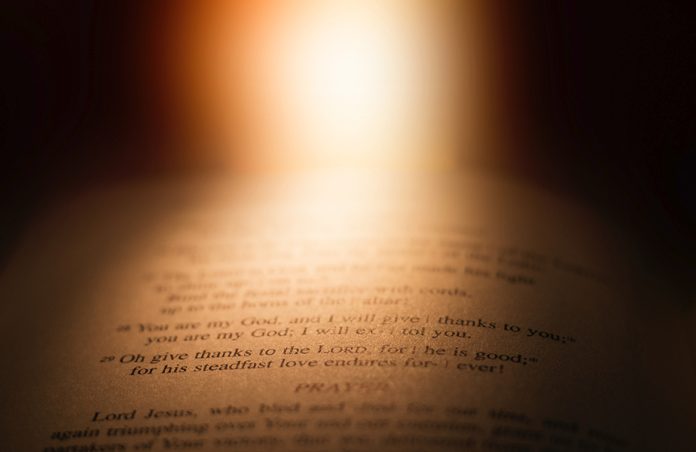 In the 1960s, a boy named Stratford Caldecott decided that he had discovered the secret of the universe.

Stratford lived in London, and his father was a book publisher. His parents’ home was filled with books, and Stratford read a lot. He was often sick as a child, and bedridden, which meant that he had time to read. So, he read science fiction and fantasy novels, science and even philosophy — well beyond his grade level, well beyond his reading level and often well beyond his comprehension. But he read, and he discussed what he read with his mother, and he read some more.

Their home was filled with ideas and conversation, but without faith.

However, an autobiography of Caldecott in the book The Path to Rome describes how when he was 14, he discovered, he said, the thing he called the “secret of the universe.”

He found himself wondering whether the universe was made up of more than atoms and energy. At 14, he realized that the fact that he asked the question — the idea that he wondered at the mysteries of the universe, meant that there had to be something beyond the material universe itself. To look at matter from the outside, meant that there had to be something outside of the material world. In short, he was asking that age old question: “Why is there something rather than nothing?”

Once he realized that there was something more to the universe than what he could see, and touch, and measure, Caldecott started looking for meaning. He read Baha’i, and Buddhist and New Age philosophy. He studied Islamic poetry and literature. He searched for truth — as a teenager, as a young man, and even after he was married, at 25.

The more he searched for truth, the more Stratford realized he already had it. He realized that certain stories from his childhood had stuck with him. They will be familiar stories to you. Stratford realized that while he could change philosophical perspectives and explore different religions, he couldn’t shake King Arthur, or Narnia, or Tolkien’s Middle Earth. Those stories had a hold on his imagination.

And eventually, he realized those stories stuck with him because they were true. They stuck with him, Stratford realized, because we’re made for truth, and they were stories written on the foundation of truth. They conveyed, in allegory and symbols, the truth of the Gospel.

Later, he wrote: “All along, my imagination had been built on a Christian foundation, and I had never noticed it before. I knew that in some sense, on some level, I was already a Christian.”

Soon, he was in formation to become a Catholic. He wrote that his heart “burned within him” as he learned the faith. And he realized that God had long been preparing him to be baptized.

“The Absolute had always loomed on my interior horizon as the source and goal of my thinking. But it was only in the Church that this interior God approached me from outside and invited me to trust him as absolutely as God ought to be trusted,” he wrote.

At 27, Caldecott was baptized. He became a Catholic, and one committed to living his entire life for the mission of the Gospel. He became a disciple of Jesus.

It was just a few books — a few stories — planted in his childhood that took root in his imagination and led Stratford Caldecott to become a lifelong follower of Jesus. That was all it took.  Those books laid a foundation for how Caldecott saw the world: a place of adventure, of romance, of villains, of suffering, of heroes. But a place filled with people longing for something beyond themselves. To be more. To be saved from our limitations and our wrongdoings. To reach beyond the limitations of the temporal world to something, someone, infinitely more beautiful and more worthy. The stories of his childhood were stories, of course, and some might categorize them as make-believe. But they were, very much, true stories. Myths that bring us as readers beyond ourselves to something true.

In the Bible, God gives us the ultimate story to form our imaginations, our ways of seeing. When we ground ourselves in the Bible, we begin to see the world the way God wants us to see it — a place of adventure, of romance, of villains, of suffering, of heroes, and ultimately saving. 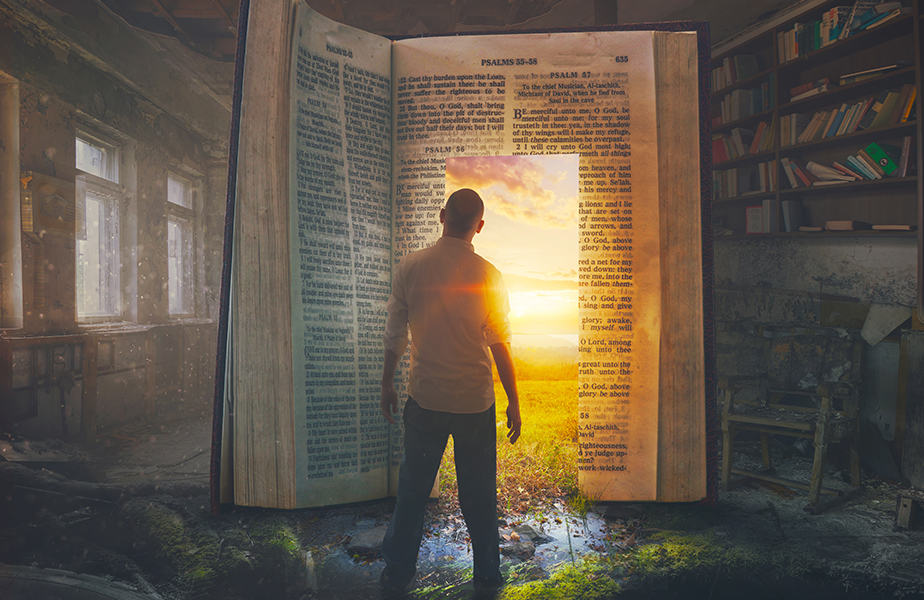 In the Old Testament, God tells us that he created us out of love, not out of his need. He created every single thing effortlessly, and the high point of all of creation is the human person. The human person, God tells us in Genesis, is destined to be divinized. We were made to long for something beyond ourselves, because we were made for it. It’s written into our hearts. We were made to be loved and in love with God.

But in the Old Testament, we also learn what always happens in our lives: that the reality of what we were created for has been fundamentally stunted. The Evil One, Satan, rebelled against God because Satan was envious of us, and put himself at war with each one of us (Wis 2:24). He envied that God created us to be divinized. So, he set about to enslave us. And he did enslave us when Adam and Eve chose, of their free will, to doubt God and sin against God. Satan captured the human race out of envy. In Genesis 3, we learn of the first lies of Satan to Adam and Eve, lies that he continues to tell each one of us: “God is holding out on you. God is lying to you. You will be happier doing what you want, rather than what God asks of you. God doesn’t love you.” Satan, the ultimate villain, captured each one of us into the slavery of sin and death we cannot escape. Sin becomes a power over us, one we cannot escape, and each one of us knows we cannot escape death. It is the ultimate story of suffering — there is no way for us to escape the suffering of sin and death by ourselves.

But God revealed himself to Israel, “He who is,” the one “abounding in steadfast love and faithfulness” (Ex 34:6). The Old Testament reveals God as the Father of Israel, he who never breaks his covenants with them, never stops forgiving their unfaithfulness to him. He chooses them out of “his sheer gratuitous love” (Deut 4:37, 7:8, 10:15 as quoted in CCC 218). Yet, still, the human race is trapped in the slavery of sin and death, under the capture of Satan, hopeless, but longing for, waiting for, a savior.

But Isaiah the prophet cries out in this story, with the announcement that the Lord says, “Can the prey be taken from the mighty? Or the captives of a tyrant be rescued? For thus says the Lord, even the captives of the might shall be taken, and the prey of the tyrant be rescued, for I will contend with those who contend with you… and then all flesh shall know that I am the Lord your savior, and your Redeemer, the Mighty One of Jacob” (Is 49). The prophets cry out as heroes in this story reminding us that we can be saved, and we will be saved. God will redeem us.

Like any good story, the particular words of the author make all the difference in understanding. The Hebrew word for “redeemer” is goel. The Hebrew people would have recognized this word because a goel is the oldest male relative who had two responsibilities to his family: the person in the family obliged to buy back their family member who has been sold into slavery, and to avenge the murder of any family member who has been murdered. God says to us he will send a family member, Jesus, who will be our goel to get us back from slavery, and avenge our “murder,” through killing Death.

This Biblical story is one of rescue: God sends his son to rescue us (Jn 3:16), and to destroy the works of Satan (1 Jn 3:8). God sends his son as a human person, Jesus, so that Jesus can defeat Satan, and free us from the capture of sin and death. Jesus conquers the kingdom of death by dying, seeming to be defeated, but then, in the ultimate defeat of the Villain, to destroy death by rising over death (1 Cor 15:24-26). 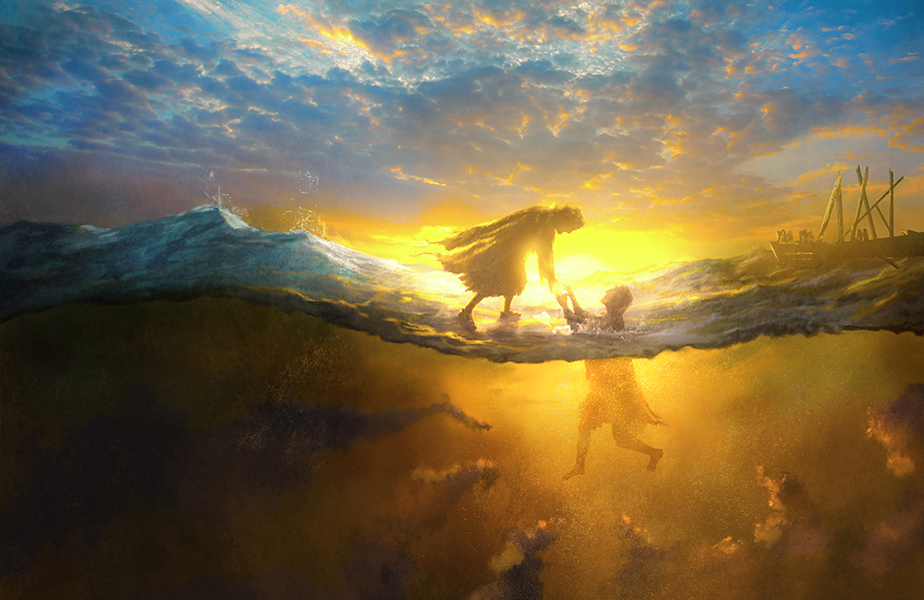 We’re invited into seeing the world in this way: we were created out of love, to be happy with the Father, but each one of us is captured by Satan into sin and death. The only way to get out of the capture, the slavery, the despair of Death is to choose our rescue. The only person who can save us is God himself, Jesus Christ. Each one of us gets a chance to choose him and be free — to recognize the ultimate, fundamental story of reality as an adventure, a romance, with villains, and suffering, heroes, and ultimately saving. We are invited to see the world through the drama of reality, articulated in the Bible, the Bible which is living and active and able to form our worldviews properly today. 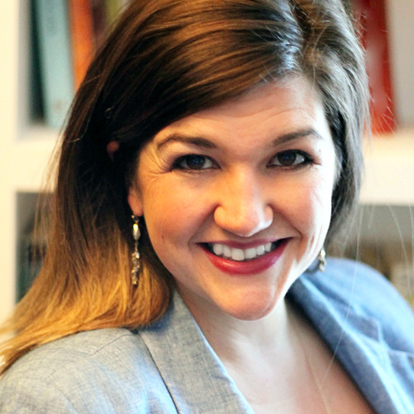