His Church. Our Experience.
Subscribe
HomeLocalThe pro-life generation: Upcoming March for Life to be a celebration of...
Local

The pro-life generation: Upcoming March for Life to be a celebration of pro-life unity 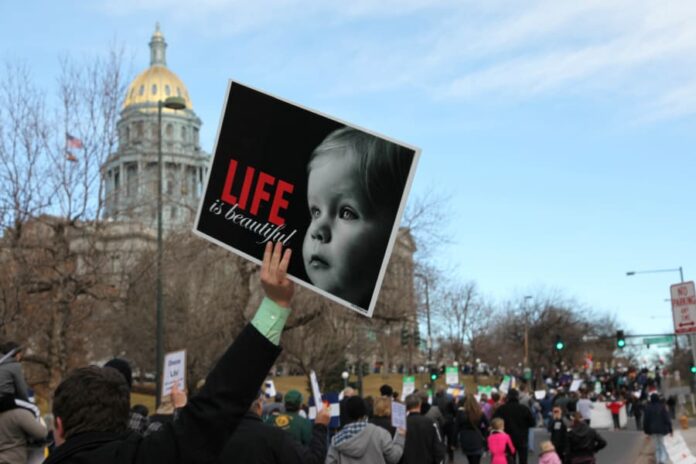 This year’s March for Life promises to be a celebration like no other.

Morgan Rosand, Program Director for the Respect Life Office at Catholic Charities, said that her office is working hard to make the march and event of hope and joy.

Rosand said that according to police estimates, last year’s March had 5,000 people. She said that’s the biggest turnout Denver has ever seen. However, this year, they hope to have even more.

One way they hope to increase numbers is by increasing the Catholic presence. Last year’s march included a Mass at the Cathedral Basilica at the Immaculate Conception. This year, however, will have three separate Masses at St. Elizabeth of Hungary, Holy Ghost and the Cathedral, all located in downtown Denver. After Mass, the participants will walk to the Capitol. Volunteers will be stationed throughout downtown to hand out positive pro-life signs to the marchers.

“We want to send a message that is positive, life-affirming and shows concretely that there’s a stronghold in the Rocky Mountain region that values life. We’re here. We’re here to stay,” Rosand said.

Rosand said that the March can help the marchers, as well.

“The deepest longing of our hearts is unity. Something that’s really special about the Mass and the events is it’s an opportunity to know in a big way that we are not alone. In our respective vocations and missions, we are all fighting the good fight for life,” Rosand said.

For those who are homebound or unable to march, Rosand still urged participation.

“Prayer is not limited by time or space, so join us. Visit an Adoration chapel, say a rosary or a divine mercy chaplet; let’s just all come together,” Rosand said.

This year’s event will not focus exclusively on pre-born children, but on all stages of life. According to the March for Life website, http://liferockymountains.org/ , the March will celebrate life “in all of its ages and stages.”

“The overall message is celebrating life in all its ages and in all its stages. From the child in the womb to the pregnant mother to the homeless to the dying in hopice to the trafficked–all have dignity,” Rosand said.

Rosand is also hopeful that there will be a strong youth and young adult contingent at the March. There will be a youth rally for middle and high school students at Bishop Machbeuf High School on Jan. 15 from 6-9 p.m. In addition to students from local colleges and universities attending, Wyoming Catholic College is sending 125-150 college students to help with the rally and March.

Rosand said she hopes the presence of young people will send a message about the longevity of the Pro-Life cause.

“It goes back to hope. There is new life coming. We are the pro-life generation. New leaders are coming to take up the torch,” Rosand said.

As for the overall tone of the March, Rosand said that it will be “positive, life-giving and joyful.” She said she also hopes it serves as a kick-off for participants to spread hope and joy in pro-life ministries throughout the year.

“While it’s important to come together as a community, it doesn’t end Jan. 16 when we do the final loop around the Capitol,” Rosand said.

For more information, including a full schedule of events and a detailed parking map, go to liferockymountains.org.