The priesthood is more than just a job 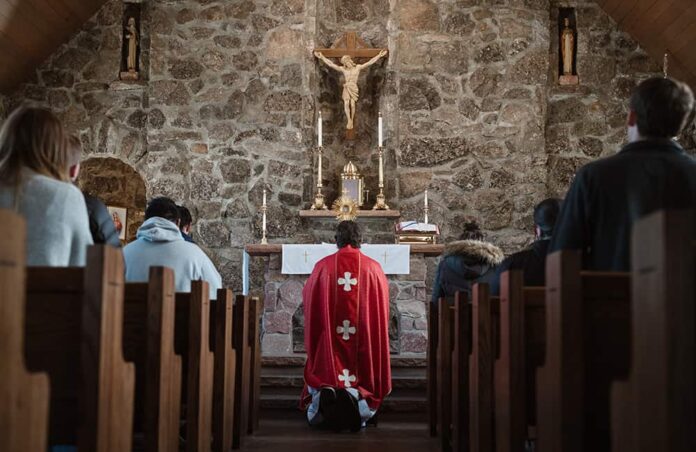 In October, the Special Assembly of the Synod of Bishops for the Pan-Amazonian Region will be held at the Vatican. On the agenda: a discussion on the possibility of ordaining married men to the priesthood in that region, due to a particularly dire lack of vocations. The news has reawakened discussion on priestly celibacy in general, and whether the time has come to relax the requirement on a wider level. And so, I figured it was time to revisit the subject here, as well.

To set the tone, I’d like to begin my discussion with a very short quiz:

Q: Why does the Roman Catholic Church require lifelong celibacy for ordained priests?

The correct answer would be C, none of the above.

So why, then? Why on earth would these men have to give up the possibility of marriage and children, just because they want to serve God as priests?

Priestly celibacy is a discipline of the Church, not a doctrine. It could change. The rule has already been relaxed in relation to married Episcopalian priests who convert to Catholicism. In this era of widespread priest shortages, and even wider-spread scandals, should we consider expanding that exemption, and remove the requirement of priestly celibacy entirely? Wouldn’t a married priesthood encourage more men, and perhaps healthier men, to respond to the call of God?

Perhaps. But at what cost?

Discussions about the elimination of priestly celibacy are not new. They’ve been around as long as priestly celibacy itself. One of the periods of particularly spirited discussion on the subject was in the late 1960’s. In response, Pope Paul VI wrote an encyclical entitled Sacerdotalis Caelibatus. In it, he explained the reasons for the Church’s long history of priestly celibacy, and he enumerated three “significances,” or reasons, for the tradition:

Christological: The priesthood isn’t just a job. It is a state of being. It encompasses his entire existence. It places a mark on his soul — a mark that will follow him into eternity. The priest is ordained by a bishop, who was ordained by a bishop, who was ordained by another bishop, in an unbroken chain that goes clear back to the apostles. And through that sacramental ordination, and the power and grace it conveys, the priest stands in persona Christi —  in the person of Christ. He has the power to consecrate the Eucharist — to turn bread and wine into the body and blood of Christ. He can forgive sins.  And so, standing in the person of Christ, the priest seeks to be like him in all things. He imitates Christ’s life, which includes Christ’s celibacy.

But, you say, Christ also had a beard. Does the priest have to imitate that, too? How far do we have to take this whole imitation thing? Well, the question we must ask is: What was integral to Christ’s ministry? Was celibacy integral? What would it look like if Christ had married and had children? He would have had to work to support them. He would have had to provide them a home.  No iterate preaching, moving from town to town. Jesus was not going to be an absentee husband and father. It was the freedom of celibacy that allowed him to give himself totally to the service of the Father and the Father’s children. So yes, I’d say it was integral. The beard, not so much.

Ecclesiological:  This basically means it is about the Church. Our understanding of a priest is not that he’s a single guy, a bachelor. He, like Christ, is in fact “married” to the Church. You’ve heard all that talk about how the Church is the “bride of Christ.” We really believe that. And the priest, standing in persona Christi, likewise becomes the Bridegroom, giving his life for the Church, and especially for the part of the Church he serves. He doesn’t just offer his “workday” to us, the flock.  He offers his life. He serves us as a husband serves his wife. (And we the faithful, as good “wives”, should likewise be going out of our way to love and care for our priests.)  His attention and affections are not divided between his bride, the Church, and an earthly bride and family. He has far greater freedom than a married man — freedom to not only serve his flock, but to pray and meditate and to grow closer to the Christ whom he represents on this earth. Which then prepares him for further service to the flock.

Eschatological: This means it’s about the next life. Remember my last column, about the Poor Clare Sisters who make the radical choice to live this life as if were already eternal life, focusing only on Christ? Well, priests participate in that too. Scripture says that, in Heaven, we will neither marry nor be given in marriage. (Mt 22:30) Priests and consecrated religious foreshadow that here, reminding us that everything that happens in this life is just a prelude to the life to come.

And so, for all of these reasons, I oppose the wholesale elimination of the requirement of priestly celibacy. I realize that we already have exceptions. I know several of those “exceptions,” and I think they are wonderful people and wonderful priests. But I think they would acknowledge the difference between the exception and the rule, and that the loss of priestly celibacy would change our understanding of the character and charism of the priesthood. The priesthood would be increasingly perceived as just another career choice — one to be entered and left at will.

And whatever the priesthood may be, it is definitely not just another job.