His Church. Our Experience.
Subscribe
HomeMagazineThe only thing to fear...is not being in awe of the Lord
MagazineThe Catholic Faith 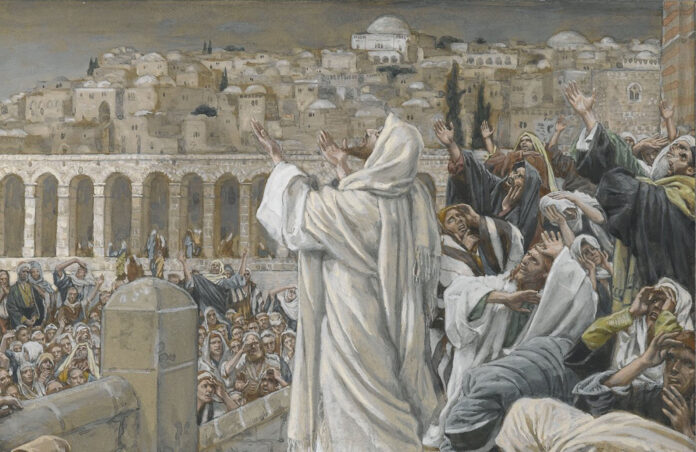 Part of the tradition of the Catholic Church is meditation on “Fear of the Lord” as a gift of the Holy Spirit, based Isaiah 11:1-3 and Jesus’ fulfillment of its prophecy.  Since fear has damaged so many of our human relationships, this part of our tradition can strike people as odd.  How can it make sense to cultivate any kind of “fear” in our relationship with the Lord? It might be helpful to reflect on our own natural development to understand what the Church means by the supernatural gift of “Fear of the Lord.” Not all of us are parents, but we all have parents, and understanding our experience of human parenting can deepen our relationship with God our Father.

I was thinking about this last Sunday at Mass.  I was sitting behind an intrepid solo mother of four children, the youngest around six months and the eldest around eight. The star of that family at the moment is the three-year-old girl, whose mischief and unwavering good cheer would make her a star anywhere.  When the baby cried, she laughed.  When her mother wasn’t paying attention, she crawled under the pew to grin goofily into the faces of the strangers behind her. When the baby started to fuss with that peculiar change-me-right-now-or-I-will-scream sound, her mother corralled the three-year-old with one arm and deftly joggled her out on one hip while securing the baby and diaper bag with her other arm. I was impressed. These were skills of emotional and physical prowess that anyone would envy.

It occurred to me that one way to describe the incredible good fortune of this three-year-old is that she has so far had a family life that has not required an introduction to the “Fear of Consequences.” There is something delightful about a fearless child when one has absolutely no stake in moderating her behavior.  But, given the stellar behavior of her two older children, it’s safe to say this mom knows that her three-year-old is fast approaching the age when physical control will no longer suffice and she’ll soon begin teaching her to exercise self-control. In other words, the three-year-old must begin to learn the “fear of the consequences of my actions.”

Fear is, in fact, always related to what we love and what we think is good.  Fear is about either losing something we perceive as good or about never gaining it in the first place.  Because fear is always tied up with what seems good, the only way to be completely without fear is to value absolutely nothing. Right now, the highest good this child is conscious of is the affection of her mom and siblings and her capacity to charm strangers. Right now, she is likely in no danger of losing these goods, so she has nothing to fear on that score. But she is getting to the point where, for the sake of the functioning of the family and her own long-term well-being, she will need to begin to moderate her own behavior. As anyone familiar with the three-year-old psyche knows, this will require a period of time during which she learns that she will get something she wants only if she behaves as her mother indicates she should, or even lose something she cares about if she doesn’t.

Parents who have begun to enforce consequences have embarked on a phase that is meant to be temporary.  The point of discipline at this age is to help children learn that they not only lose something they want when they don’t behave as prescribed, it turns out that life just goes better when the whole family — including the parents — follow the family rules. If the family rules are good rules, children learn that following them just makes sense — that these aren’t just arbitrary rules their parents happen to like, but actually good rules to live by, worthy of being freely abided by, whether their parents are around to mete out consequences or not.

St. Thomas Aquinas describes this as a transition from servile fear to filial fear.  A person motivated solely by fear of punishment has servile fear. In the spiritual life, a person who obeys God’s law only out of fear of hell is acting out of servile fear. This is an immature stage of the spiritual life, but depending on a person’s particular spiritual biography, it may be a stage that must be gone through, like the three-year-old whose reason has not developed enough for her to go straight from acting any way she wants to following her mom’s rules.  But this is never a spiritual stage God wants us to remain in. The person who struggles with scrupulosity has not yet fully realized that God’s rules are here for our good, not for the sake of “checking boxes” so that we can satisfy him. They are not a cage we must keep clean. They are a launching pad to the freedom and joy of life with him. Just as parents want their children to grow to freely choose obedience to the family’s rules because the child can see that they are good rules, so God wants us to come to appreciate as best we can that his rules should be obeyed because they are good. God wants us to grow to see for ourselves that his rules lead to heaven and not hell because obeying them allows us to be in right relationship with each other and with God.

To obey God’s rules because they are good means to want to follow them because we do not want to be out of that right relationship. And this is precisely what is meant by Fear of the Lord: it is not fear of hell or fear of making God angry or fear of not being “good enough” — even though it’s true that none of us are “good enough” to merit what God wants to give us. Fear of the Lord means knowing that the most important good and the one that God wants to give us in spite of our many, many manifest failings is the ultimate good of being in right relation to him.

Like any good human parent, God takes no pleasure in our bad behavior. But unlike human parents, God never grows frustrated. He never has to get to a meeting, he never falls into an exhausted, stressed-out heap and hopes we will just watch a movie for a little bit and leave him in peace. He never runs out of patience with us. No matter what we do, he awaits our turning back to him with his arms open wide.  But, if we have reached the age of reason, he waits for us to do this freely. He never tires of waiting for us, but because he made us to be free, he won’t disrespect us by simply scooping us up against our will and joggling us into heaven on his hip. To wish for that is to wish for less than what he wants for us: it is a wish to be his slaves rather than his children. No sin can separate us from God’s mercy except the pride which keeps us from accepting it, the pride which can make us prefer the status of a disobedient slave to that of an obedient child.

St. Thomas makes one more distinction regarding fear that is worth our attention. Because fear always involves something we think is good, our fears say a lot about our priorities and our value judgments. If I realize that my greatest fear is physical pain or serious illness, I need to think about whether physical well-being is really my greatest good. If it’s social disapproval, I should think about whether “fitting in” really should be my highest priority. St. Thomas Aquinas calls these “worldly fears” and they are signs of “worldly love … the love whereby a man trusts in the world as his end” (Summa Theologiae II-II, Q. 19, art. 3).  As believing Christians, we know at least with our minds that we are called to something beyond this world, that the goods of the world are not the ultimate destination for us.  The question is whether we know this with our hearts — do we allow the truth of our call to shape even our emotions? Do we prioritize our desires using the world’s scales or God’s?  Do we heed the challenge Christ lays down when he asks, “What profit is there for one to gain the whole world and forfeit his life?” (Mk 8:36).

This is the question the Church invites us to ponder when she teaches that Fear of the Lord is a gift of the Holy Spirit, an aid to virtue, a North Star by which to navigate our journey through this life. 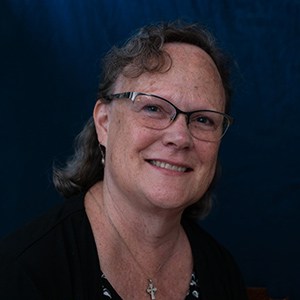