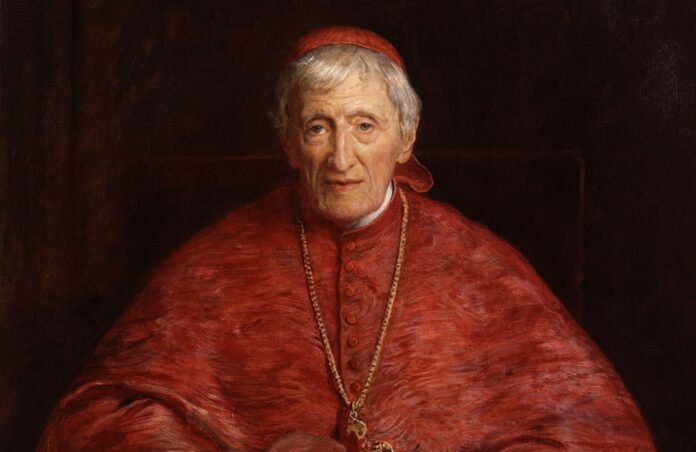 Bl. John Henry Newman (1801-90) will be canonized on Oct. 13 and surely will be named a Doctor of the Church at some point in the future. Newman, known and studied even in secular universities for his masterful prose, epitomizes the drama of conversion. Having experienced the draw of evangelical Christianity in high school, he briefly flirted with liberal secularism at Oxford before taking a lead in the attempt to restore Catholic practices to the Church of England, known as the Oxford Movement. As an Anglican priest and famous preacher, however, he began to doubt the truth of the Anglican Church’s 39 articles of faith, recognizing their inconsistency and lack of continuity with the history of the Church.

Newman’s conversion touches crucial questions at stake for every Christian. Does the Church transmit truth in clear and authoritative fashion? Does faith depend upon our own individual judgment or is it a grace filled movement of assent to God’s revelation? For Newman, there could be no certainty in religion unless God gave authority to the Church to teach definitively in His name. His conversion to the Catholic Church in 1845 marked the definitive moment of his life, when he left the comfort of his life at Oxford and his many friends, for the peace of entering into the Church established by Jesus and which maintained direct continuity to the apostles. This turned his life upside down, but, through it, he experienced the relief of resting in the true faith.

His first work written as a Catholic, in 1848, the year after his ordination to the Catholic priesthood, consisted of a semi-autobiographical novel, Loss and Gain. Ignatius Press released a critical version of the text with commentary, which I read in preparation for his canonization (edited by Trevor Lipscombe, 2012). The main character, Charles Reding, finds himself at Oxford in the midst of religious controversy, having to sort through skepticism, evangelicalism, high Church Anglicanism, and a comfortable conformism. Although Charles bears some resemblance to Newman, his character serves as a more general way of entering into the mind and heart of a young man grappling for religious certainty.

After reading and teaching Newman for many years, Loss and Gain drew me into Oxford in a much more real way, making Newman’s time there come alive as he describes it in minute detail: “The first day of Michaelmas term is, to an undergraduate’s furniture, the brightest day of the year. Much as Charles regretted home, he rejoiced to see Oxford again. The porter had acknowledged him at the gate, and the scout had smiled and bowed, as he ran up the worn staircase and found a blazing fire to welcome him. The coals crackled and split, and threw up a white flame in strong contrast with the newly blackened bars and hobs of the grate. A shining copper kettle hissed and groaned under the internal torment of water at boiling point … A tea-tray and tea-commons were placed on the table … and a note from a friend whose term had already commenced” (102).

More to the point, we can enter into Newman’s train of thought prior to his conversion, which he plays out through the slow development of Charles’ faith. Unsatisfied with the inconsistencies of Anglicanism, Charles began to admire the clear authority of the Church: “This too has struck me,” he noted to his tutor, “that either there is no prophet of the truth on earth, or the Church of Rome is that prophet. That there is a prophet still, or apostle, or messenger, or teacher, or whatever he is to be called, seems evident by our believing in a visible Church. Now common sense tells us what a messenger from God must be; first, he must not contradict himself … Again, a prophet of God can allow no rival but denounces all who make a separate claim, as the prophets do in Scripture” (190). In his later autobiographical account of his conversion, Apologia pro vita sua, Newman argued that if God were to bestow revelation in the world, there would need to be an authority to interpret this revelation so that it did not become subject to the whims of individual judgment. Newman found this necessary authority in the Catholic Church.

In addition to Newman’s imaginative witness to the faith in his two novels and extensive poetry, he also wrote many great works of theology. In particular, he can guide us on pressing questions such as the relationship of conscience and authority and the genuine development of doctrine, which withstands the corruption of novelty. He also wrote one of the richest works on Catholic education, The Idea of a University, and his life bears witness to the central importance of friendship in the Christian life. His canonization marks a momentous occasion for the Church; hopefully it will turn more Catholics toward his prophetic voice.