The Holy Spirit is Calling Mothers 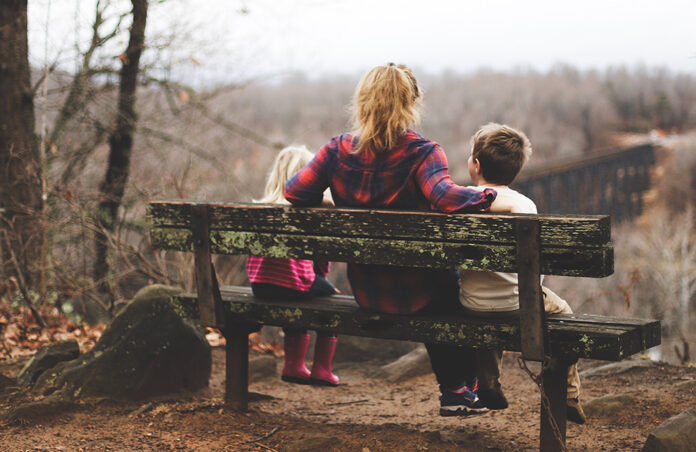 “Mom!” That’s not your kids calling. That’s the Holy Spirit calling you to build up His Kingdom!

For such a time as this, the Confraternity of Christian Mothers (CCM) is responding to this call and renewing the Catholic mothers of northern Colorado. Created for the purpose of forming wise and holy educators of their children to the glory of God and for the salvation of souls, the CCM is not another moms’ group or social club in the church. Archbishop Samuel J. Aquila gave his approval for its affiliation in 2019 so that its members could share in prayer, graces and indulgences as they go to battle against a culture intent on erasing God in the family.

With its origins in post-revolutionary France, whose times are not unlike our own when mothers faced an increasing secularization of social thought and rising political turmoil was enveloping their world, the CCM sprang up from the heartfelt needs of these mothers to meet and talk about their struggles. They were facing forces that had taken a serious toll on the faith of the people. Together they prayed for a solution. They talked about their problems in raising their children and prayed for one another. In mutual concern and prayers, they found the courage to carry out their important vocation when the modern forces undermining family life began to seriously challenge Catholic values.

Fast forward to today. Amid a pandemic, riots, and political and cultural assaults to our faith and values, the CCM is answering the Holy Spirit’s call in northern Colorado with almost 90 members since its solemn reception into the worldwide organization on September 15, 2019, the Feast of Our Lady of Sorrows. Under her patronage, members are encouraged to joyously and hopefully undertake the important task of training and sanctifying the young souls entrusted to their care. The group is open to any woman, wife or mother who supports the stated aim and purpose of the CCM: the Christian education of children, especially their character formation, by mothers. If a woman is unmarried or is married, but is not Catholic, she can become an associate member. Its members also recite a daily prayer for the children and those graces are shared across the worldwide organization.

Canonically erected in Pittsburgh, PA in 1881 under Pope Leo XIII, the Archconfraternity of North America began its spiritual work affiliating other confraternities wherever the local Ordinary approved it. Confraternities are associations of the faithful canonically erected by the proper ecclesiastical superior to promote a Christian method of life by special works of piety towards God. Archconfraternities aggregate confraternities; they do not erect them. This special honor by the Pope imparted to its members special privileges and indulgences. Enrollment in the Confraternity endows a woman with all the spiritual benefits of the CCM, which include a share in all the prayers and Masses offered for its members both living and deceased and access to special plenary and partial indulgences available to Christian Mothers. Imagine the size of that fortress for the Lord!

Already having offered two mini-retreats where mothers have been edified by sharing in the sacraments, praying for each other and their children, and participating in discussions on instructing their children according to Gospel principles, the CCM is currently planning a June visit from Father Joseph Tuscan, OFM Cap., who is the Director of the Archconfraternity in Pennsylvania. Canonically erected there in 1881, it boasts over 3,500 chapters since its inception. There are currently six archconfraternities worldwide.

Spiritual benefits come to an individual confraternity through affiliation with the archconfraternity. The confraternity is an ecclesial organization under the local bishop’s supervision and is overseen by a parish priest, known as the “Father Director.” Each confraternity is associated with a parish where they are a great aid to the pastor in the spiritual and material needs of its congregation, offering a rich treasure of blessings and grace. The members become schooled in the ideals of Christian womanhood, wifehood, and motherhood to become not only faithful Catholics, but imitators of Mary, the ideal mother. They depend on each other for spiritual support, catechesis and finally, social support.

There is the possibility of enrollment into the NOCO chapter on June 10 with Father Tuscan. Later, if another chapter is affiliated closer to home, an individual’s membership is easily transferred. All are invited/welcome to participate in Father Tuscan’s June 10-13 visit to Fort Collins. He will share the power of the sacraments at Masses and confession, offer talks to mothers and fathers separately, and at the end, the families of the CCM will enjoy a picnic and field day. For registration and more details, click here.

In the immortal words of Pope Pius IX, “Give me truly Christian mothers, and I will renew the face of the earth!”

Catherine Glaser is a member of the Confraternity of Christian Mothers and a parishioner of St. Joseph’s Parish in Fort Collins.