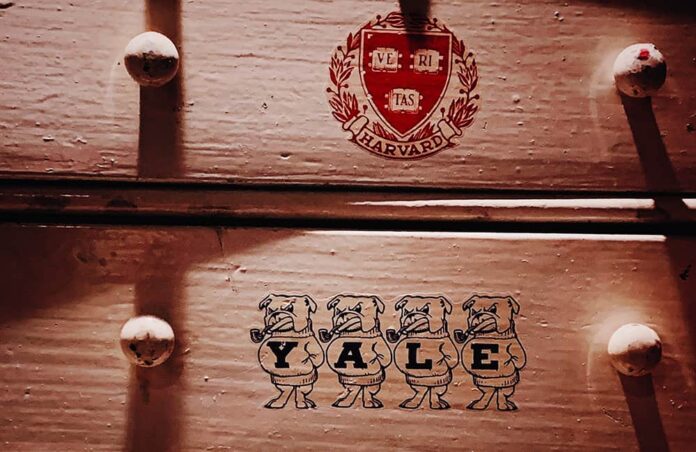 Readers of a certain vintage (say, over 60) will remember the Imperial Margarine TV ad that dismissed butter as “the high-priced spread.” That image came to mind rather unexpectedly when I was addressing the parents’ associations of two prestigious Catholic prep schools several years ago.

No, no one threw a margarine-smeared dinner roll at me during my talk. The Q&A, however, was full of contention when I said that a first-class liberal arts education at a college or university with a strong Catholic identity would prepare their sons and daughters for anything. Absolutely not, parents insisted. The kid had to get into Harvard, or Stanford, or Duke — or some other academic version of the high-priced spread — lest his or her life be ruined.

When I pointed out that undergraduates at so-called “elite” universities are frequently taught by graduate assistants rather than by senior faculty, the parents were unmoved. When I reminded them that few, if any, members of the philosophy departments at elite schools are convinced that there is something called “the truth,” rather than just “your truth” and “my truth,” they didn’t budge. When I cited the experience of my daughters, who had gone on to premier graduate schools and successful professional careers after attending a small, demanding Catholic liberal arts college, I was met with blank stares.  When I asked why they were willing to spend north of a quarter-million dollars to send their children into a decadent environment in which corruption (chemical, intellectual, sexual, political, or all-of-the-above) was a real and present danger, the mantra continued: the kid must attend an elite school to have any chance in life, because that’s where you begin to “network.”

The morning after one of these events, I had coffee with several monks who taught at the school, and who thanked me for trying to break the parental fever about elite universities. They, too, had tried, to no avail. Did I have any suggestions? Yes, I said. Next fall, give the parents of every incoming senior a copy of Tom Wolfe’s novel, I Am Charlotte Simmons. It’s quite raw at certain points, I warned. But the story of how an idealistic, intelligent young woman who makes it into an elite school gets corrupted, first intellectually and then morally, ought to give pause to even the most overwrought parent.

I’ve no idea whether the monks took my advice. I hope they did, if only for the shock Wolfe’s prose would administer.

I was reminded of this absurd parental fideism about the high-priced spread (university division) when federal prosecutors indicted 33 upper-tax-bracket parents for allegedly using various scams — bribes, fake academic records, imaginary athletic achievements — to get their kids into Georgetown, Yale, Stanford, and other schools assumed to be essential ticket-punches on the path to success in 21st-century America. The kids are, one hopes, mortified. The parents are in serious trouble. And the schools ought to be profoundly embarrassed — if embarrassment is possible in the politically-correct animal house of elite American higher education today.

Fortunately, Catholic parents serious about real education and real formation have other options.

One of those options, the University of Dallas, just made an outstanding choice for its new president, selecting Dr. Thomas Hibbs, a first-class thinker who is also a committed Catholic, an able administrator, and a leader. Tom Hibbs joins a gallery of other Catholic college and university presidents — among others, John Garvey at the Catholic University of America, Michael McLean at Thomas Aquinas College, Stephen Minnis at Benedictine College, Timothy O’Donnell at Christendom College, Msgr. James Shea at the University of Mary, and James Towey at Ave Maria University — who are leading a renaissance in Catholic higher education. Their schools, and others, seek to prepare students for any post-undergraduate endeavor by giving them a firm grounding in the liberal arts, Catholic faith, the experience of Catholic community and public service. And they succeed.

I don’t doubt that, with some careful curricular navigation, by seeking out like-minded Catholic peers, and by getting involved in a vibrant Catholic campus ministry, well-prepared young people can survive, even flourish, at elite schools. I teach some of them every summer. But a sheepskin from those schools is not essential to a fruitful life and Catholic parents should resist blowing incense to the totem of the high-priced spread (university division), not least in light of this latest scandal.