The Heroes Among Us 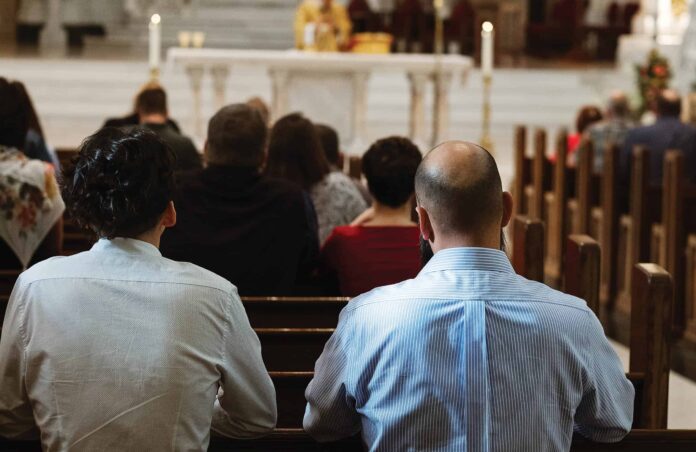 Throughout this year and in years past, the Denver Catholic publishes stories about those among us who are living lives of heroic virtue. The following are just a few of those innumerable stories out there inspiring us to ever greater heights of holiness.

Who is exempt from the greatness of God? As these stories remind us, no matter our station or circumstance in life, we are all called to be heroes for Jesus Christ.
There are heroes among us, even today. Kendrick Castillo was a faithful, kind and caring individual whose life was cut short on May 7 when he heroically lunged toward a school shooter, giving his life to protect his friends. He was 18 years old and just days away from graduating high school. He grew up attending Notre Dame Catholic School in Denver and is remembered as a very helpful and active person at church. He was the first to sign up to altar serve at funeral Masses and joyfully volunteered with his dad in the Knights of Columbus. He will always be remembered for this heroic act of valor and self-sacrifice. Why would ESPN recently profile a woman who has been a cloistered nun for the last quarter-century? Because Sister Rose Marie was once Shelly Pennefather, the highest paid women’s basketball star in the world. Shelly rose to prominence as a star at Bishop Machebeuf High School and Villanova University before turning pro, yet this wouldn’t be enough to keep her from fulfilling her true desire — giving herself completely to Christ. This June, Shelly celebrated her 25th anniversary of profession of vows, and was able to hug her family members — something that will not happen for another 25 years. Although she can only write back once a year, her influence reaches far beyond the monastery walls. Proving that even when we have nothing we still have something to give, Julia Greeley was a freed slaved who moved to Colorado in the late 1800s. She would walk the streets of Denver at night, collecting discarded items and bringing them to those in need. Many received essential food, clothing, and other necessities from Julia’s selfless work, and along the way she would distribute pamphlets about the Sacred Heart of Jesus. Fun Fact: Sacred Heart Church on Larimer is Denver’s oldest Catholic church and where Julia attended Mass. Julia has become known as Denver’s “Angel of Charity” and her cause for canonization is currently under review by the Vatican. Growing up in Vietnam, Monsignor Peter Quang was a faithful son of the Catholic Church intensely devoted to his family and community. When the communists came into his village, his family’s faith was tested, and he was asked — at gunpoint and knifepoint — to deny his faith in God and give formal false witness against his local bishop. Refusing both, he knew he had to act. He captained a refugee boat and helped many others escape to freedom. Eventually, he landed on the shores of the United States through a sponsor. He decided to pursue a vocation to the priesthood here in Denver and has since become one of the most beloved pastors and leaders of the Catholic Church in Colorado.

“I’m not afraid to die. I’m ready,” Juan Carlos Reyes told Archbishop Samuel Aquila during a conversation in March earlier this year. “I know God can heal me, but if my death will give greater glory to the Father and is his will for me, then so be it.” The 33-year-old man of profound faith was at the end of his struggle with cancer. He served as the Director of Centro San Juan Diego. “As the cancer progressed, [Juan Carlos] saw the suffering he was enduring as a gift he could offer to God out of love for Christ and for his wife and three young sons,” Archbishop Aquila wrote in a column. “Let each of us pray for a deeper faith and intimacy with Jesus, so that we may invite others to encounter him.” The morning of September 11, 2001 is burned into the collective consciousness of our country. Like so many heroes created in the aftermath of that terrible day, Lieutenant Derrick Johnson of the Denver Fire Department found his calling after seeing firefighters rushing into the World Trade Center while everyone else was rushing out. Little did he know that his chosen duty and the encounter with God that awaited him after the birth of his first child, would unite in one unlikely figure: Julia Greeley, the holy woman who cared spiritually for firefighters. Derrick follows her example by being a spiritual resource for his fellow firefighters, and is currently studying to be a deacon to better serve his colleagues and the community.

Jenica Thornby would usually spend her lunch hour in the library of Columbine High School, until an odd feeling led her and her friends to leave campus for lunch on April 20, 1999. This decision undoubtedly saved them from the two students who entered the school and killed 13 people. In the aftermath and struggling to understand this horror, Jenica encountered God’s love and mercy at a youth group. This encounter with God would lead her to attend Franciscan University and spend a year with NET Ministries before joining consecrated religious life; you may now know Jenica as Sister Mary Gianna. Her testimony of overcoming grief by discovering God has helped, and is still helping, many young people encounter Christ.

READ: From Columbine to Christ By the time he was a teenager, Witold Engel had lived in three concentration camps, including in Siberia and Auschwitz. He was just three years old when his family was taken to Siberia where they survived for five years before escaping and walking for an entire year back to their native Poland. However, they were then captured by Nazi soldiers and taken to Auschwitz. Death was always nearby, but God was always there to save him. It wasn’t until after his family was transferred to a third concentration camp that they were freed. Witold and his family moved to New York, where he got married and became a deacon. Eventually relocating to Denver, Witold’s incredible life story of faith and perseverance amidst such great darkness has borne much fruit in his ministry to others. Protecting kids should be one of the highest priorities of all youth-serving institutions and organizations. Two people have worked unceasingly to make this a reality in the Archdiocese of Denver: Christi Sullivan and Dr. Jim Langley. Since the archdiocese created the Office of Child and Youth Protection in 2002, over 85,000 adults have been trained to recognize and report child abuse. Sullivan is the director and has served for eight years in the office. Dr. Langley is the Victim Assistance Coordinator and meets with anyone needing help with any kind of abuse or neglect. Together, they have helped bring a measure of healing and justice to victims of sexual abuse and have helped make the archdiocese a safer place for children.

No one is perfect. No one has every gift. Nonetheless, some offer everything they do have for others in the name of Jesus Christ. These men are our priests. They humbly serve the people of God, offering the sacraments and acting as a loving presence in each of our lives. Much like first responders, priests run into the fray of life’s difficulties and provide crucial care for our souls. We encounter them each week at Mass acting in the person of Christ to give us the sacraments, but their duties extend far beyond the parish. They offer guidance when we are feeling spiritually destitute. They perform Baptisms for babies and Anointings of the Sick for the dying. They offer us absolution from our sins through the forgiving power of Christ. Unjustly scorned by many, our priests stand athwart the devil’s lies and bring truth to those most in need. It is for these and countless other reasons that priests are heroes in our midst.

READ: The priest I know