The good news of God’s fatherhood

My son turned five recently. To be honest, I’ve never really been good at gift giving. It’s not that I’m callous or stingy; I’m just generally not good at thinking up meaningful or exciting gifts. So, you can imagine my delight when I recently heard my son proclaim loudly, “This is the best birthday ever!!!!” after opening one of the gifts I picked out for him. The experience made me recall the following verses from scripture:

A few years ago, I was deeply challenged by this passage from the Gospel of Matthew. At the time I read those verses, I had been going through a really rough patch in my prayer life. I was trying to pray daily, but I felt very little life coming from my prayer time. If I’m being totally honest, I dreaded it.

These verses were a part of the daily readings one day during this stretch. As I read them, I began to think about my relationship with my children. I thought about what they were “asking” me for. It became clear to me they weren’t asking for simply my material resources (to be fed, clothed, safely housed, etc). What my children really wanted was to spend time with me, hear me speak with them, and be delighted in by their Father. There is clearly room for improvement, but I honestly thought I was doing a good job of meeting those needs.

Jesus’ words seemed to imply that just as my children expected to receive that attention and communication from me, I should expect to receive “much more” from the Father.

I started thinking that if I should expect “much more” from my time with the Father than my children receive from me, something must be wrong in my prayer life. Either something was wrong with God (clearly not the problem) or something wasn’t right in me. This forced me to examine my expectations around my prayer time. I started asking questions like…

When I pray, do I truly expect to hear God’s voice?

If I was faithfully praying every day, how often would I expect to hear God speaking to me? Once a week? A few times a year?

If God were to be speaking to me in prayer, would I expect to understand him clearly, or be left questioning what he was trying to say?

The honest answers to these questions required me to humbly admit that I didn’t actually believe that God was a better Father to me than I was to my children.

I realized that I was operating under the assumption that the Father would only want to speak to me maybe two to three times a year on a big retreat and only after I had “proven” myself by going to confession or acting holy. Even then, I had no confidence I would understand what he was trying to say; I didn’t believe he would speak in a way that I could confidently understand. ⊲

Until that moment, I had no idea how distorted my image of God in my prayer life had been.

Can you imagine a human father treating their children this way? Refusing to speak to them except for a few times a year, and only after they had “proven” themselves to them? Then, when he did finally decide to speak to his children, he did it in such a lofty and “adult” way that the children left confused and not sure what he actually said.

We would never call that man a “good” father.

What was so shocking to me when I began to realize this was that I would have said publicly that I believed God was a good father. Intellectually, I always agreed that God was a good Father. I was dumbfounded when I came to the realization that the “image” of God I held in my mind was almost a complete contradiction to the “image” I professed with my mouth.

I can’t be alone in this struggle. The Catechism explains that one of the effects of original sin is this tendency to have a “distorted image” of God: “They (Adam and Eve) became afraid of the God of whom they have conceived a distorted image — that of a God jealous of his prerogatives” (CCC 399).

This is one of the terrible “inheritances” of original sin. All of us need to be healed of our misconceptions of who God is. This is sometimes difficult because these misconceptions live in the realm of our assumptions —  assumptions which we rarely examine in our busy lives.

The only way we can come to a true image of God in our minds and hearts is through Jesus’ help. The Gospels make it clear:

Friends, Jesus has chosen to reveal the Father to you! Jesus has come to proclaim the Gospel to the world. The Gospel is the good newsthat God is not a jealous, vengeful, stingy deity. He is a good Father!

When was the last time you read the Gospels and allowed them to truly challenge you? Reading the Gospels with a humble heart is critically important. It’s only through humbly admitting that you don’t have a perfect image of the Father and are still in need of being “taught” about who he is that you are open to receive the revelation of Jesus.

If Jesus didn’t want to reveal his loving Father to you, he never would have left heaven and became man. He has already chosen you! There is no need to be paralyzed by the doubt that whispers Jesus would do this for someone else and not you. It’s been the work of Satan, since our first parents, to do everything he can to twist and distort our understanding of the love of God for us. He continues this work in each of us, attempting to fill us with doubt, fear and confusion.

The truth is this: Jesus literally died to show you and prove to you that your Father in heaven loves you unconditionally.

Something changed in me after praying with that Gospel passage in Matthew. I came face-to-face with my own misconceptions about God. I also gained a clearer understanding of what Jesus was trying to reveal to me about the Father. I was left with a choice. It’s the same choice Jesus gave to each individual he met when he walked the earth, 2,000 years ago: Was I willing to repent and believe?

I go to prayer expecting to hear from my Father every day, and almost always, I do. Why? Because that’s how a good Father operates. A good father speaks to his children every day, he delights in them every day, and he communicates his love in a way they can understand.

Jesus offers you the same choice. Are you willing to “become like a child” (Mt 18:3) and allow him to tell you about the Father? Are you willing to examine yourself and name your misconceptions? Are you ready to turn away from your distorted image of God (repent) and put your trust in the God Jesus reveals in the Gospels (believe)?

If your answer is a resounding “yes,” then I encourage you to pray with me to the Holy Spirit. St. Paul tells us that the Holy Spirit, who has been given to us, is the “spirit of adoption” (Rom 8:15). It’s the Holy Spirit who helps us cry out to God, “daddy” (Rom 8:15). Humbly admit your need. Invite the Holy Spirit to help you understand your misconceptions and to give you the strength to have faith in the real Father, and he will! 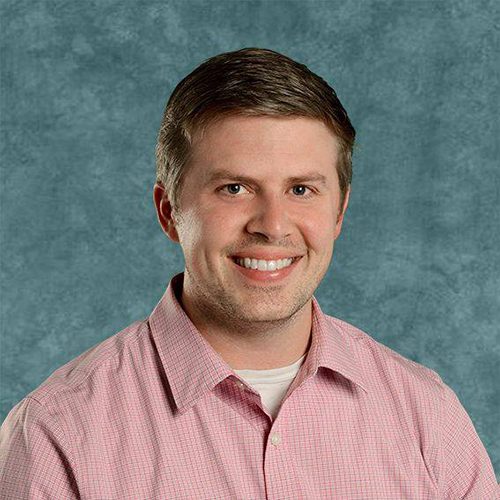 Andrew McGown
Andrew McGown is the Executive Director of Evangelization and Family Life Ministries for the Archdiocese of Denver.
RELATED ARTICLES
Eucharistic Revival