Life is coming full circle for several retired priests in the Archdiocese of Denver.

“This is a coming home for our priests,” Deacon Mark Wolbach told a crowd of more than 50 people at the grand opening of the Prophet Elijah House on April 24.

“It’s becoming that they come back here to the place where it all began.”

The Prophet Elijah House, a brand-new home for retired priests, is located on the campus of the St. John Paul II Center — the same area where many of these priests attended then-St. Thomas Seminary.

The house, which offers its residents a comfortable place to enjoy their retired years, “is a great blessing and something that the archdiocese has talked about for over 40 years,” Archbishop Samuel J. Aquila told the crowd during the opening ceremony.

“It’s already served as a blessing for those who are living here now,” he said. “It’s been a tremendous service to our priests in helping them and letting them know that we are with them.”

Now that the project has received its final inspections and obtained its certificate of occupancy, three priests have already relocated to the Prophet Elijah House, and more are expected to move in during the coming months. 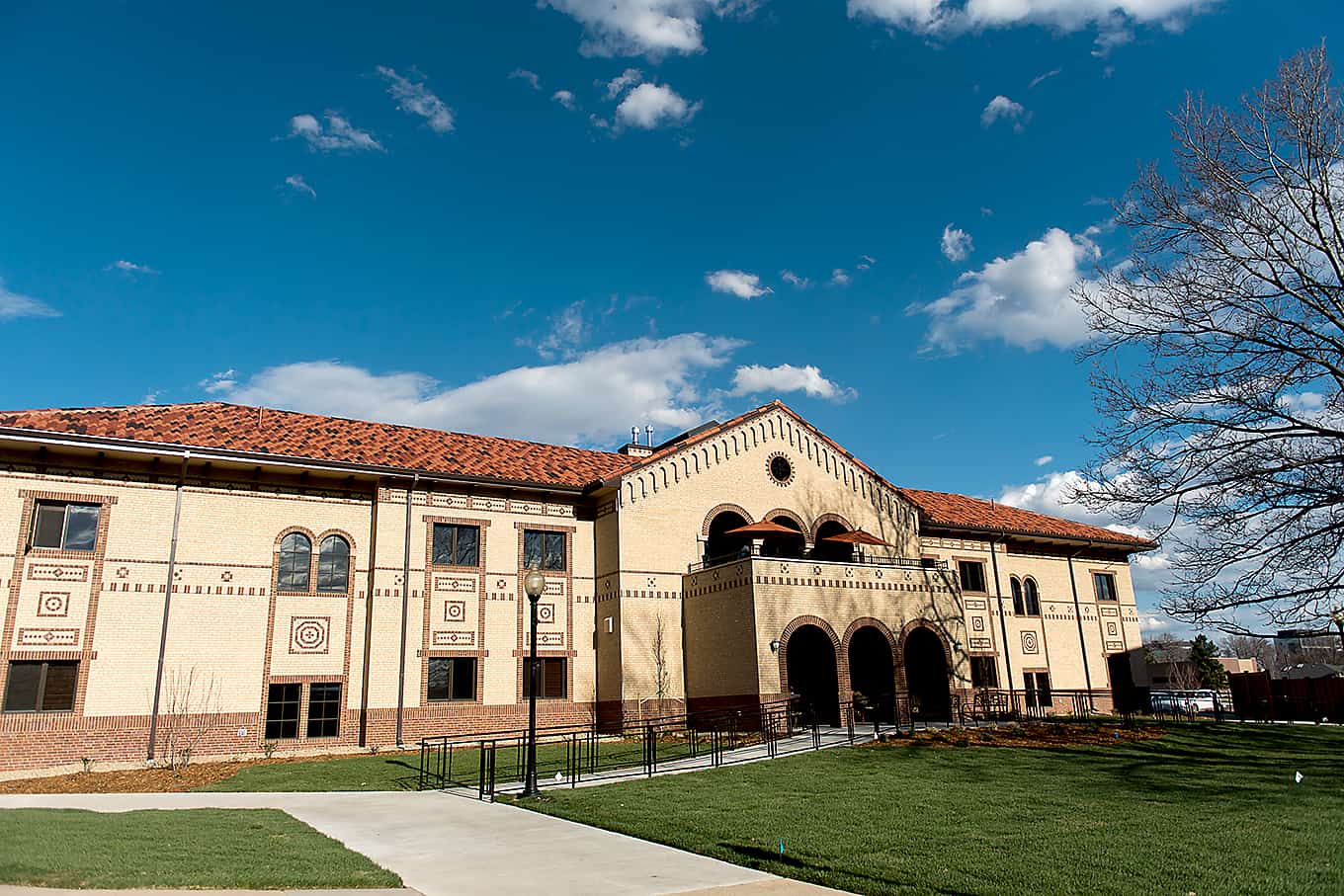 The grand opening of the Prophet Elijah House retirement community for priests at the St. John Paul II Center for the New Evangelization took place on April 24. (Photo by Anya Semenoff/Archdiocese of Denver)

Other priests currently in active ministry have added their name to the Prophet Elijah House registry and intend on moving in when they reach retirement.

Deacons Robert Rinne and Mark Wolbach minister full time to the priests living in the retirement home, and the Carmelite nuns who also live on campus clean each priest’s room once a week. The priests are also provided with one meal a day and opportunities for fellowship and spiritual growth.

Father Tom McCormick, who retired in 2007, moved in this past December, just after discovering he had bladder cancer. During the weeks that followed the diagnosis, he had multiple surgeries and needed extra care.

Being able to receive assistance from his fellow residents, particularly Father Roger Lascelle, was humbling.

“Since my surgery, he’s been one of the major helps for me as I needed physical or even caregiving assistance,” said Father McCormick.

And although living with additional comforts is “a little adjustment” for the priest, who served the archdiocese actively for 60 years, he is grateful for the chance to retire alongside his peers.

“I’m appreciative of the fact that they built the house and have given us the opportunity to be here,” he said.

Just two doors down from Father McCormick is Monsignor Raymond Jones, which is fitting for the priests, who were roommates in 1951 when they were students at St. Thomas Seminary.

Being able to continue living in fellowship even into retirement is a joy for Father McCormick.

“For me, a strong part of priesthood is fraternity,” he said. “I look forward to a greater fraternity when the place has been around a while and more people will come.

“The future of fraternity is here.”

Retired priests living in the Prophet Elijah House are provided with a weekly room-cleaning service by the Carmelite nuns, one meal a day and opportunities for fellowship and spiritual growth. (Photo by Anya Semenoff/Archdiocese of Denver)

Several generous donors showed their support for archdiocesan priests with their contributions to the Prophet Elijah House, including families who sponsored priests’ suites, stained glass windows and the “Our Lady of the Memorare” chapel.

During the final opening remarks before Archbishop Aquila cut a ribbon outside the Prophet Elijah House, Deacon Steven Stemper, whose family was one of several donors in attendance, addressed the priests, including those who will enjoy the retirement home years down the road.

“You’ve served us wholeheartedly and unreservedly and exclusively,” said Deacon Stemper. “There is no one that we could be more grateful for than you — our priests.

“We hope and pray that all the residents here today and for the countless years to come will reside knowing of our gratefulness for their lives and their dedicated service.”