The clerisy of the concrete-and-glass box freaks out 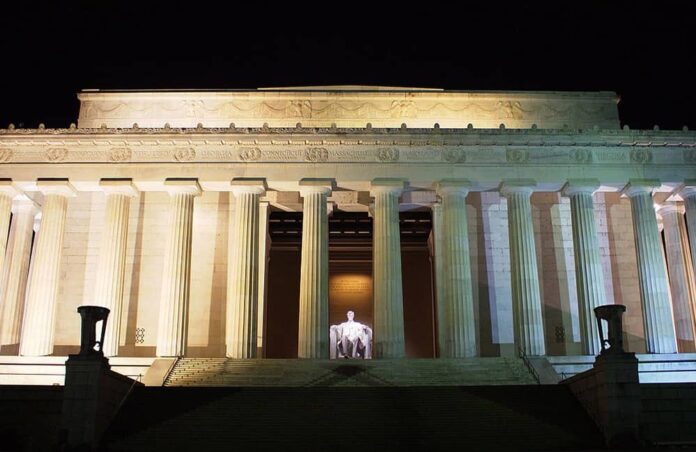 Several years back, the estimable Father Paul Scalia observed, of some cultural idiocy or other, “Who knew the end of civilization would be so amusing?”

I detected a subtle theological point within that mordant comment: a point worth reflecting upon during Lent.  Christians are the people who know how history is going to turn out — God is, finally, going to get what God intended from the beginning, which is the Wedding Feast of the Lamb in the New Jerusalem. (The trailer, so to speak, is in Revelation 21.) So Christians can afford to relax a bit about the vicissitudes and traumas of history. To be sure, faith that God’s purposes in creation and redemption will ultimately be vindicated ought not lead to insouciance about here-and-now; we have responsibilities within history and we should take them seriously. But faith in the triumph of the Kingdom for which we pray daily should invite us to “chill” (as the kids used to say).

That’s what I did during a recent skirmish in the American culture wars, which erupted a few weeks back over a leaked memo suggesting that President Trump would issue an Executive Order creating a preference that federal courthouses and other federal buildings be designed in a classical style. There isn’t much to laugh at along the Potomac these days. But the freak-out from the high priests and priestesses of the concrete-and-glass box — the modernist architectural establishment and its acolytes in the mainstream media — was (as I think the kids still say, at least in text messages), “LOL.”

The ever-more-ludicrous New York Times, in high editorial dudgeon, asked why the republic should be festooned with more “fake Roman temples” — as if the Capitol, the Lincoln Memorial, the Jefferson Memorial, the West Building of the National Gallery of Art, and similar architectural masterpieces were a blight on the national aesthetic. Does the high priesthood of architectural modernism really want to defend such grotesqueries as the Robert H. Weaver Federal Building (headquarters of the Department of Housing and Urban Development), aptly described by a government worker as “ten floors of basement”? Or the J. Edgar Hoover FBI Building, another concrete-and-glass eyesore that (as my friend Andrew Ferguson wrote) “is even more obnoxious than its namesake”? Or the Hirshhorn Museum, a concrete Bundt cake squatting on the National Mall?

Alas, these horrors are precisely what the modernist architectural establishment wants to defend, and continues to defend with some success: most recently, in ramming through the Frank Gehry design of the Eisenhower Memorial in the nation’s capital, a gargantuan nonsense better suited to the Berlin imagined by Albert Speer after the triumph of the Third Reich.

The idea of Donald Trump as a promoter of architectural classicism is not without its ironies, of course, given the designs of his own buildings. But as the good folks south of the Mason-Dixon Line have been known to observe, “Even a blind squirrel finds an acorn every now and then.” And in the current madhouse of American national politics, one takes with gratitude any signs of sanity one can get.

Modernist architectural fanaticism is not about aesthetics only. As critics like Tom Wolfe (From Bauhaus to Our House) and John Silber (Architecture of the Absurd) have  demonstrated, the International Style, Brutalism, and the rest of the modernist canon embody a worldview and an anthropology — an idea of the human person. The worldview is resolutely secular and lacks any sense of transcendence. The anthropology is similar: human beings are cogs in various machines, economic or political, and cogs need neither beauty nor uplift nor charm, only surroundings defined by the ultimate value of efficiency. (That a lot of modernist buildings don’t work, rapidly decay, and require enormous sums to maintain compounds the problem even while underscoring the point: dumbing down the human has its costs, including its financial costs.)

The modernist curse afflicted Catholic church architecture in the U.S. for a while, but that unhappy period is now passing. Marcel Breuer’s Brutalist-inspired abbey church at St. John’s in Minnesota was often considered the most important U.S. Catholic building of the mid-20th century. Compare it to Duncan Stroik’s chapel at Thomas Aquinas College in California, which I’d suggest is the most important U.S. Catholic building yet erected in the 21st century. Stroik, not Breuer, is the future, because the TAC chapel’s classicism and decorative beauty call us out of ourselves and into the Kingdom; the Breuer church depresses the spirit.

Back to the future, then, in both civic and ecclesiastical architecture.