The Catholic origins of The Lord of the Rings and other truths about J.R.R. Tolkien 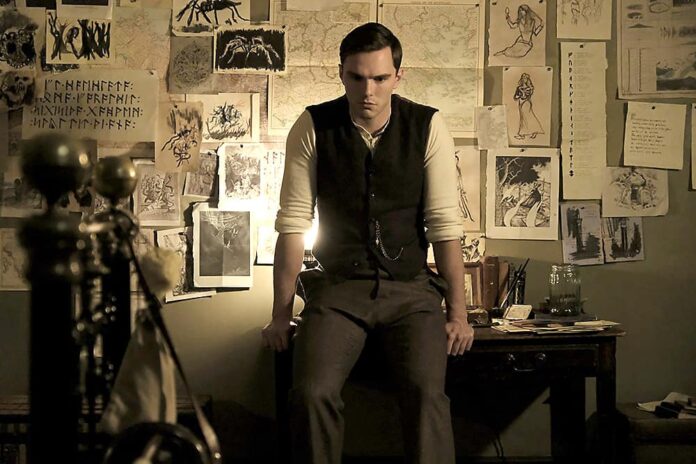 “The Lord of the Rings is of course a fundamentally religious and Catholic work,” J.R.R. Tolkien himself admitted. And although the movie carrying his name highlighted the fact that Tolkien grew up in a Catholic environment and showed some of the experiences that would inspire his writings, it did not show how his deep Catholic faith served as one of the most essential inspirations in the creation of his most famous books. In fact, his writings are inundated with allusions to the Catholic faith.

The Denver Catholic spoke with Joseph Pearce, Director of Book Publishing at the Augustine Institute, editor of Faith & Culture and series editor of the Ignatius Critical Editions, about this matter. He has written several books on Tolkien, including a biography titled Tolkien: Man and Myth and Frodo’s Journey: Discover the Hidden Meaning of The Lord of the Rings.

“Tolkien is what I call a ‘cradle convert,’” Pearce said. “So, he’s not strictly speaking a cradle Catholic, but a convert, in the sense that he was received into the Church when he was 8 years old, following the reception of the Church of his mother… and he remained a practicing Catholic to his death.”

His mother died when he was only 14 years old after suffering persecution for becoming Catholic, something he always admired about her.

“In consequence of her conversion, the family was plunged into penury, and Tolkien, into his dying day, considered his mother a martyr for the faith,” Pearce said.

Since his father had died when he was four years old, a priest of the Birmingham Oratory became his legal guardian: Father Francis Morgan.

Thus, it is no surprise that his deep Catholic faith was enshrined in his works — yet not as a secondary trait, but in such an essential way that it made his greatest book, The Lord of the Rings, “a fundamentally religious and

Here are a few examples Pearce highlighted that illustrate how Tolkien’s Catholicity was the leading factor of the story of Middle Earth.

The ring’s destruction and the crucifixion

Tolkien gives the game away allegorically when he has the ring destroyed on March 25. For Catholics, this day marks the solemnity of the Annunciation or the Incarnation. But also, traditionally, the Church has believed that the historical date of the crucifixion itself was March 25. Tolkien, who was a Medievalist, certainly knew that.

Aragorn is the third major Christ figure because he is the true king. As true king, he has the power to descend into the land of the dead and to have power over the dead themselves — to release the dead from their curse. Of course, this reminds us of Christ’s descent into hell after his crucifixion to liberate the souls of the dead.

Tolkien said that fairy stories and all good stories hold up a mirror to man — they show us ourselves.

Faramir, his brother, is the one who says that he would not pick up the ring if he saw it lying on the side of the road, and that he would not snare even an Orc with a force hood. In other words, he would not tell the smallest lie to the devil himself. Faramir shows the alternate to Boromir, that we’re called to sanctity, to perfection, to be Christ-like and to treat evil with contempt.

Gollum shows us what happens if we allow ourselves to be possessed by the power of evil. Instead of the “good Hobbit” we are meant to be, Gollum shows us the corrupted version. The ring makes him an addict to the power of sin, selfishness and pride. He’s no longer able to give himself sacrificially to others because he’s too self-obsessed.

Lembas bread and the Eucharist

Tolkien gives a linguistic clue to how the Lembas bread is a figure of the Eucharist. In one of the Elvish languages, Lembas means “Way Bread.” This reminds of the Viaticum, the Blessed Sacrament taken to the sick, which basically means “for the way.” In the other Elvish language, Lembas means “Life Bread” or “Bread of Life.” The book also mentions that this bread feeds the will more than it feeds the body.

Pearce speculates in his book Frodo’s Journey that Tolkien, being a practicing Catholic, would have heard about the many Eucharistic miracles that were happening around the time he was writing the book. Hearing about how someone could live on the Blessed Sacrament alone could have motivated him to write that Frodo and Sam lived on nothing but Lembas bread as they were walking through Mordor.

If there is still any doubt about Tolkien’s deep Catholic faith, here is just one example of his personal letters, this one written to one of his sons:

“Out of the darkness of my life, so much frustrated, I put before you the one great thing to love on earth: the Blessed Sacrament… There you will find romance, glory, honour, fidelity, and the true way of all your loves on earth…”

Vladimir Mauricio-Perez
Vladimir is the editor of El Pueblo Católico and a contributing writer for Denver Catholic.
RELATED ARTICLES
Events