The Catholic origins of Halloween 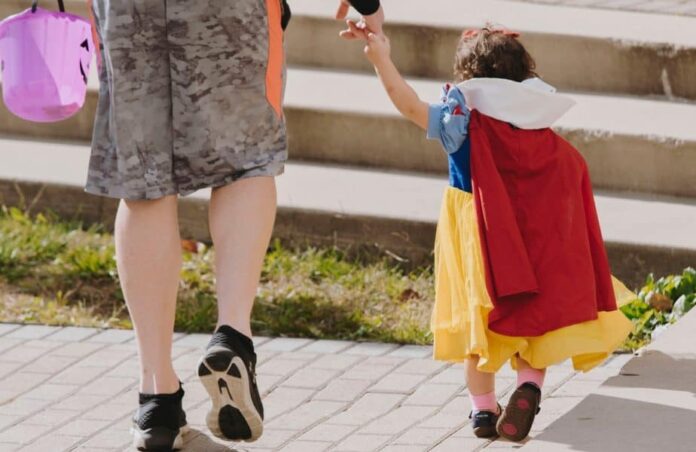 The word “Halloween” is a contraction of the expression “all hallows’ eve” or “all saints’ eve.” It is a deeply Catholic holiday. We must rediscover it. Let us not fall into the fundamentalism that opposes it without reservation, nor in the trap of secular commercialization, which diverts this festival from its religious origins and creates a neopagan meaning.

The Celtic culture had a celebration called Samhain, which means “end of summer.” They would celebrate the end of the harvest and the beginning of winter, when many people died of cold. However, the Catholic origins of Halloween date back to more than 1300 years ago during the vigil of the Feast of All Saints. It was instituted by Pope Gregory III when, in the eighth century, he dedicated a chapel in St. Peter’s Basilica to all the saints. A century later, Pope Gregory IV declared this celebration a holy day of obligation. In addition, he adopted the tradition of Germanic Catholics and changed the date from May to November. Thus, the vigil of this feast shifted to the last day of October, our current Halloween day. None of these popes seemed to know about the Samhain, which ceased when the Celtics converted to Catholicism, even before the Feast of All Saints was instituted.

Now, is it possible that some of these elements from the Celtic feast are still alive today? Of course! The Christmas tree also survived! The tradition of the Christmas tree has Germanic origins and we have adopted it in Catholicism without its pagan origins making it morally bad.

In the United States, the Puritans banned and opposed Halloween radically and without hesitation. Meanwhile, Catholic migrants from Germany and Ireland kept the tradition alive merging some elements of this holiday with the Feast of All Souls. Therefore, people made cakes on Halloween day and children would go from house to house “begging” for these cakes in exchange of prayers for the benefactors’ loved ones and deceased family members.

Historically, the Puritan and Protestant attitude against Halloween was mixed with anti-Catholic feelings in our country. Only the commercialization of the holiday managed to solve this persecutory trend. This commercialization brought about a phenomenon similar to that of Christmas. In the case of Halloween, it meant forgetting God and the saints as the center of the feast. This loss of religious sense was reinforced by the extensive number of horror films that fantasize and attempt to fill it with neopagan, gloomy, and hidden content.

As Catholics, we cannot fall into the mistake of fundamentalists and despise an explicitly Catholic tradition, simply because its commercialization has emptied it of its true content and transformed it into a possible occasion for the dark and gloomy in this neopaganism. We did not reject Christmas, but we fight to keep its true meaning alive. Let’s do the same with Halloween. It is not a celebration of the devil. We don’t have to Christianize or change the name of a celebration that is already, in itself, Catholic. Therefore, Halloween can be celebrated, keeping in mind its origins and avoiding wrongs, such as superstition, witchcraft or the glorification of evil.

Superstition is an excess and perversion of religion (see Catechism of the Catholic Church, 2110) from which we must purify the feast we have been explaining. For example, some Irish migrants endowed Halloween with superstitious content contrary to the faith by merging it with a celebration they invented: “the day of all the damned.” They feared that something bad would happen to them if they didn’t celebrate the damned because these souls would feel excluded. A Catholic Halloween without fundamentalisms cannot fall into a mistake like this; and, as we know, our society is not immune to the problem of superstition. At times, we also fall into this error when we attribute “an importance in some way magical to certain practices otherwise lawful or necessary” (CCC 2111).

A Catholic Halloween cannot promote witchcraft either. There is no such thing as good and bad magic. All magic is an attack against God, it entails a rebellion against him and an attempt to replace him: “All practices of magic or sorcery, by which one attempts to tame occult powers, so as to place them at one’s service and have a supernatural power over others — even if this were for the sake of restoring their health — are gravely contrary to the virtue of religion” (CCC 2117).

Let’s celebrate Halloween without forgetting God and the saints. Parents are the ones who must make concrete decisions on how to educate their children according to the circumstances in their neighborhood. Nonetheless, as long as superstition, witchcraft or the glorification of evil are avoided, the act of a child dressing up and asking for candy, in my opinion, does not necessarily entail, in itself, a moral evil. Let’s not fall into superstition. Let’s not attribute a magical importance to a legitimate practice. We can take advantage of this celebration to teach our children how to celebrate it without fundamentalisms and in a Catholic manner, while they have fun, without sinning and without falling into neopaganism.

WATCH: Why give to the Archbishop’s Catholic Appeal?

Moral courage and the many cultures of death