The biases of a Royal Commission 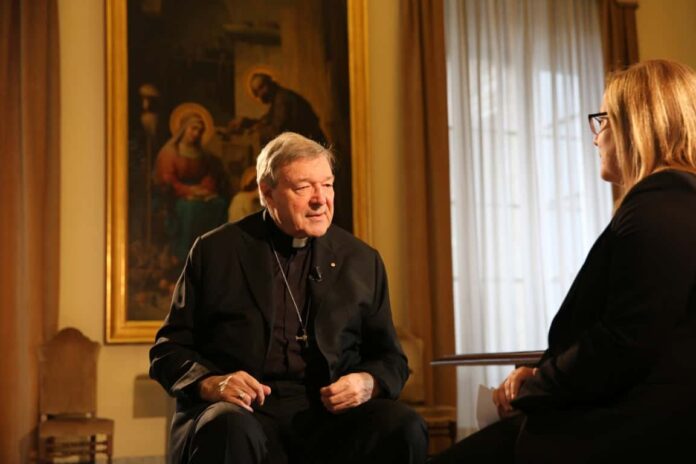 A brief dip into Latin helps us understand how preconceptions can lead to biased judgments that falsify history — as they did when an Australian Royal Commission on sexual abuse recently impugned the integrity of Cardinal George Pell.

The Latin maxim is quidquid recipitur ad modum recipientis recipitur – literally, “what is received is received according to the mode [or manner, or condition] of the receiver.” Less literally, the maxim holds that our predispositions – our mental filters – color our perceptions. Put another way, we often perceive things, not as they are but because of what we are.

However abstract it may seem at first blush, the maxim is confirmed by everyday experience. People draw different conclusions about the same facts, the same personalities, and the same situations. More often than not, those differences are explained by different filters at work in our minds.

Which brings us to the misconceptions and prejudices surrounding Cardinal George Pell.

Cardinal Pell has been under sustained assault from the Australian media, Australian social and political activists, and ecclesiastical opponents for more than two decades. His defense of classic Catholic doctrine and morality offended some. His politically incorrect views on climate change and the sexual revolution angered others. His relish in debate and his vigor in debating shocked, then outraged Australian cancel-culture bullies, accustomed to their targets caving-in to shaming, denunciations, and threats. What was the matter with this man? Why didn’t he truckle as others — including many Church leaders – had done?

Given their belief in their own infallibility, Pell’s political and ecclesiastical critics could not concede that theymight be wrong. And a highly intelligent man with an Oxford doctorate couldn’t be dismissed as a mere fool. So his critics and enemies seem to have concluded that George Pell must be wicked — and must be lying about his role in Australian Catholicism’s grappling with clerical sexual abuse.

No matter that, on becoming archbishop of Melbourne, Pell quickly instituted the first diocesan program in Australia to reach out to abuse victims and try to meet their needs — a program designed in cooperation with the police and praised by public authorities. No matter that, in Melbourne and Sydney (after his transfer to that city), Pell dealt severely with clerical abusers and saw to the removal of more than two dozen of them from the clerical state — the Church’s nuclear option for dealing with abusive priests. Those demonstrable facts didn’t count, either to Pell’s critics or, it now seems, to the Royal Commission. Why? Because they didn’t tally with the regnant preconceptions about Pell and the false judgment about his character his critics had made, based on those preconceptions.

Royal Commissions do not operate by the rules of evidence of a criminal court. Their integrity depends not on sound judicial practice, but on the fairmindedness of the Commissioners and their staff. That fairmindedness was not apparent in the way the Royal Commission dealt with Cardinal Pell, in its hearings or in its report.

In the Commission’s hearings, witnesses were allowed to make outrageous charges against the cardinal, suggesting that he had been present when children were molested by priests, that he had tried to bribe a victim to keep quiet about his molestation, and that he had made lewd remarks about sexual abuse. These absurdities were shown to be lies. But why were they permitted to be made, in public, in the first place?

Moreover, the Royal Commission manifestly applied different standards to different witnesses. An abuse victim informed the Commission that he had told a priest, Paul Bongiorno, about being molested by Father Gerald Ridsdale; Bongiorno said he didn’t recall being told of Ridsdale’s assault; the Commission punted, saying that it “could not resolve the differing accounts” of the victim and Bongiorno. Yet the Commission refused to believe Cardinal Pell’s sworn statements (buttressed by the sworn testimony of others) that he knew nothing about Ridsdale’s predations; the Commission, effectively, called Cardinal Pell a liar. Why the difference? Might it be because Bongiorno, having abandoned the priesthood, became a politically correct media personality, whereas Pell was the embodiment of Australian political incorrectness and the premier defender of Catholic orthodoxy in Australia — and therefore must be a bad man who lies?

As Cardinal Pell has said, the Australian Church behaved shamefully for decades in dealing with clerical abusers. Yet Pell, the Australian first bishop to address that scandalous situation forcefully, was scapegoated by the Royal Commission for the gross failures of other bishops. Why?

Ponder that Latin maxim once more.