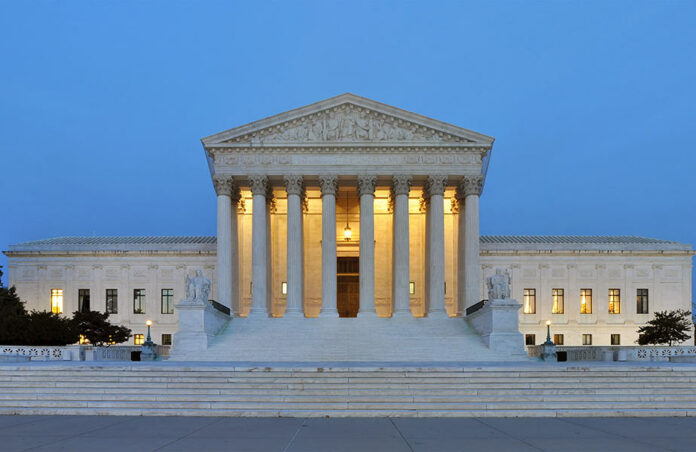 Right in the middle of the Church’s celebration of the annual Fortnight for Freedom, good news came down from the U.S. Supreme Court in a case involving religious freedom that should inspire people of faith. The court ruled, in keeping with the First Amendment, that Trinity Lutheran school could not be barred from a state-run playground resurfacing program because it was a religious institution.

You might be thinking, “What does a playground have to do with religious freedom?” The details of the case are revealing. Trinity Lutheran Church Learning Center is a preschool located in Columbia, Missouri that wanted to improve the safety of its playground, which consisted of gravel and grass. It applied in 2012 to a state program that provides grants to buy shredded, recycled tires and was rejected because it is affiliated with a church.

That year there were 44 applicants to the program and based on its proposal Trinity Lutheran’s application was ranked fifth best. And yet, the state of Missouri disqualified the preschool, citing its Blaine Amendment. These anti-Catholic amendments were added to more than 30 state’s legal codes – including Colorado’s – in the late 1800s and early 1900s to prevent state funds from going to Catholic schools in favor of the Protestant-dominated public schools.

The cultural force behind these amendments was the “Know-Nothing” movement, which fomented fear of Catholics as papal agents plotting to take over the country and immigrants as competitors for jobs. They earned their nickname by replying, “I know nothing,” when they were asked about their political beliefs. Among their objectives were to prevent Catholics and other immigrants from being elected for political office and denying them jobs in the private sector.

Things have improved since those days, but it is still not that case that people of faith always receive the same benefits that are publicly available to the rest of society, without being forced to check their faith at the door. Take, for instance, the Little Sisters of the Poor, whom the federal government tried to force to provide contraception through its Health and Human Services mandate.

At an even more local level, one only need to look at the Douglas County school voucher case for a recent example of this discriminatory treatment. Citing our state’s Blaine Amendment, the Colorado Supreme Court ruled in June 2015 that the county could not provide scholarships to low-income students who wanted to attend a religious school. Rather than treating students who wish to attend religious schools the same as those who choose to attend public schools, the court ruled against the program. States with Blaine amendments use it as an excuse to override a low-income parents desire to choose the school their child attends. The implication of the court’s ruling is that they know better than parents what would be best for their children. Thankfully, the U.S. Supreme Court has asked the Colorado Supreme Court to revisit the Douglas County case, following its Trinity Lutheran decision.

When he visited the U.S. in September 2015, Pope Francis rightly noted that “various forms of modern tyranny seek to suppress religious freedom, or […] try to reduce it to a subculture without right to a voice in the public square ….” Every Catholic has a right to speak in the public square and to contribute the gifts of their faith to the common good!

As we celebrate the birth of our country, let us all strive to protect and promote the valuable contribution of faith to our nation by living out our faith in the public square and through the witness of our personal holiness. Let us support one of the inalienable freedoms guaranteed by our constitution – religious freedom. May we imitate the example of St. Thomas More, who was “the King’s good servant, but God’s first.” May God bless our country and strengthen it in protecting religious freedom!