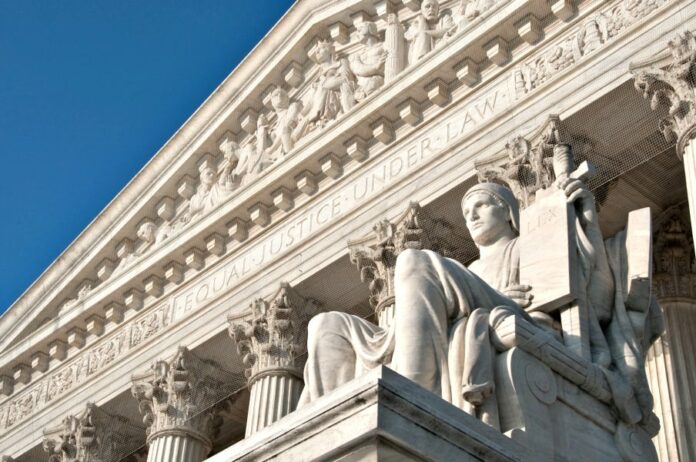 Colorado’s Catholic bishops responded today to the U.S. Supreme Court’s refusal to hear “marriage” amendment cases calling it a “disappointing” decision that will have a lasting and profound impact on the family.

“The decision by the Supreme Court is disappointing and advances a misunderstanding of the institution of marriage,” the bishops said in a joint statement Oct. 6. “More than ever, this decision by the Supreme Court shows the importance of faithful Catholics being involved in political life and bearing witness to the truth about human sexuality, marriage and the human person.”

Denver’s Archbishop Samuel Aquila, Colorado Spring’s Bishop Michael Sheridan and Pueblo’s Bishop Stephen Berg said the court’s decision tramples on the cornerstones of culture, the family and marriage between one man and one woman.

The U.S. bishops conference’s Bishop Richard Malone of Buffalo, N.Y. and Archbishop Salvatore Cordileone of San Francisco echoed their comments expressing “serious disappointment” that the high court did not review rulings against traditional marriage laws and in favor of same-sex “marriage.”

“Millions of Americans had looked to the court with hope that these unjust judicial decisions might be reversed,” Bishop Malone and Archbishop Cordileone stated. “The Supreme Court’s action fails to resolve immediately the injustice of marriage redefinition, and therefore should be of grave concern to our entire nation.”

The Supreme Court rejected without explanation appeals from five states—Oklahoma, Utah, Virginia, Wisconsin and Indiana—seeking to keep their marriage laws in place. The move left intact federal lower-court rulings to strike down the laws defining marriage between one man and woman, effectively requiring states to immediately legalize same-sex “marriage” licenses.

The high court’s move also means six other states—Colorado, West Virginia, North Carolina, South Carolina, Kansas and Wyoming—could soon have their marriage laws lifted since the states are covered by the same lower courts that initially struck down the bans.

Once that happens, the number of states permitting same-sex “marriage” could jump from 19 to 30.

“We have consistently maintained that we will abide by the Supreme Court’s determination on the constitutionality of marriage laws,” Suthers said in a statement Oct. 6. “By choosing not to take up the matter, the court has left the 10th Circuit ruling in place. We expect the 10th Circuit will issue a final order governing Colorado very shortly.”

He said his office will advise clerks when to begin issuing licenses.

Same-sex couples began to apply for marriage licenses in several states after the Supreme Court’s decision. However, the court left no national ruling on same-sex “marriage,” meaning current litigation on same-sex marriage may continue in some states.

The Colorado bishops stated that marriage does not come from the state, it comes from God.

“Our desire is for people of good will to continue to grow in the truth and joy of marriage, so that when society begins to see the bad fruits of this decision, our families and the Church will be there as joyful witnesses of the truth about the family and human sexuality,” they stated.

They added that marriage has long been recognized as the faithful, lifelong relationship between a man and woman that allows for the procreation of children—this is consistent with human biology and the natural law.

“Upholding the truth about marriage advances the dignity of all people, and it promotes a culture that acknowledges, values, and respects the unique and complementary gifts of both a mother and a father in the lives of children,” they stated.