Superheroes? Stardust? Or vessels of the Incarnation? 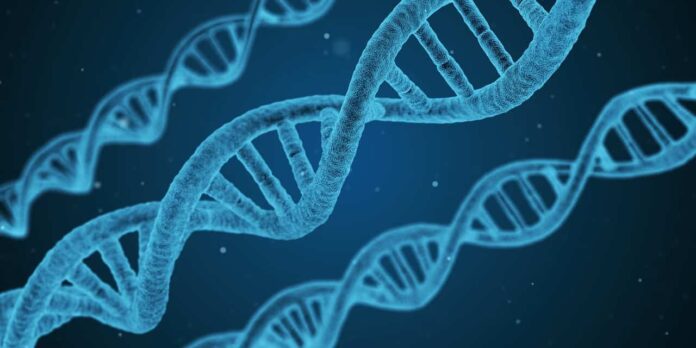 When I was first introduced to the fascinations of the DNA double-helix in a biology class at Baltimore’s St. Paul Latin High School, fifty years ago, the “unraveling” of this key to unlocking the mysteries of human genetics had taken place just a dozen years before. Yet in the five decades since my classmates and I built plastic models of the double-helix, humanity’s knowledge of its genetic code has grown exponentially. And it seems likely that, as a species, we’re only at the threshold of our capacity to use this knowledge for good or ill.

Take, for example, “CRISPR”: the acronym for a DNA-editing technique more formally known as Clustered Regularly Interspaced Short Palindromic Repeats. Thanks to CRISPR and the rapid pace of experimentation with its possibilities, scientists may be able to cure HIV or hemophilia or muscular dystrophy or some cancers by editing the genes of those suffering from those maladies: and those “edits” would be merely therapeutic, as they wouldn’t be passed along to future generations. But in time, Crispr’s capabilities to “edit” DNA sequences might be used to alter sperm, egg, or embryonic DNA for purposes of what is known in the trade as “human enhancement.”

The temptation to use knowledge to break through the seemingly built-in limitations of the human condition, creating superheroes and making the world anew, has been part of the human story for a long time. The ancient Greeks pondered it through the myth of Prometheus. In the eighth chapter of the Acts of the Apostles, Simon Magus tried to buy the gifts of the Spirit that fell upon converts through the laying on of hands by Peter and John. In politics-besotted modernity, utopian and totalitarian ideologies tried to reinvent the human by radically altering social conditions, raising up what one such lethal experiment unblushingly called “New Soviet Man.” The catastrophic results of such projects, from the French Revolution through the Nazis’ eugenic elimination of “life unworthy of life” to Mao Zedong’s “Great Leap Forward,” have put an end, we may hope, to politically driven “human enhancement.” But the possibilities of genetically driven “human enhancement” now have scientists talking about the “immortality project” – by which they don’t mean the Resurrection of the Dead.

Curiously, though, this 21st-century Prometheanism, which celebrates the infinite possibilities of genetically modified humanity, runs parallel to the claims by the New Atheists and others that we’re just congealed stardust, the accidental result of cosmic biochemical processes that just happened. So here’s the strange position in which we find ourselves. One gang of materialists says that we can be supermen; another says that we’re just meat, if interesting meat. Christians are frequently dismissed by the first gang of materialists as nay-sayers with a soured, cramped view of the humanity and its possibilities; the proponents of the congealed-star-dust model of the human condition dismiss us as hopeless, even infantile, romantics.

The truth of the matter is that Christianity has a far higher view of the human than either of the dominant materialist gangs in today’s high culture. That view was brilliantly outlined by St. Augustine more than a millennium and a half ago:

“We must keep before our eyes the very source of grace, taking its origins in Christ, our head, and flowing through all his members according to the capacity of each. The grace which makes any man a Christian from the first moment of his coming to believe is the same grace which made this man the Christ from his coming to be as man. The Spirit through whom men are reborn is the same Spirit through which Christ was born. The Spirit by whom we receive forgiveness of sins is the same Spirit who brought it about that Christ knew no sin.”

When the “immortality project” was cranking up in earnest, Cardinal Francis George of Chicago said to me, “You know, we’re going to spend the rest of our lives explaining to people that suffering and death are good for you.” It’s not an easy sell, however true it may be. But it’s a truth easier to hear, and bear, if we imagine ourselves, not as genetically enhanced superheroes or congealed stardust, but as the stuff from which God became incarnate among us.