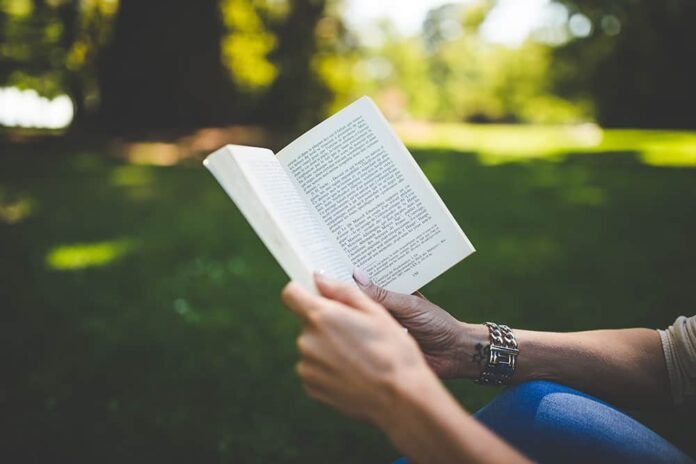 I recently met the good people of St. Benedict Elementary School in South Natick, Massachusetts, which offers classical Catholic education to some very fortunate youngsters. The extensive summer reading lists the school suggests to those kids’ parents put me in mind of my high school English teacher, the late Fr. W. Vincent Bechtel – who did not, however, do suggestions and made sure that his charges kept their noses to the grindstone from June through August by assigning us at least a half-dozen novels every summer. Some of them – like Paul Horgan’s Things As They Are – I still re-read with pleasure, a half-century later.

So herewith, in honor of the Bechtel tradition as continued at St. Benedict Elementary and other classic Catholic schools, some summer reading possibilities:

Peter Cozzens’ The Earth Is Weeping: The Epic Story of the Indian Wars for the American West (Knopf) is the finest piece of narrative history I’ve read in some time. It’s rigorously honest, appalling, and instructive, without a whiff of political correctness.

My friend Joseph Epstein is a great read 365 days a year; his crisp prose and ready wit make him an especially appropriate summertime companion. Try Joe’s Wind Sprints (Axios), a collection of shorter pieces on everything from the pleasures of life in Chicago to the perfidies of contemporary waiters; or Masters of the Games (Rowman and Littlefield), in which Joe explores the addiction to sports he and I share; or Essays in Biography (Axios), forty-one pointillist sketches of personages great and obscure; or The Love Song of A. Jerome Minkoff (Mariner Books), a bundle of short stories of which the title piece is especially fine. Or all of the above.

William F. Buckley, Jr. was, arguably, the most politically influential Catholic in 20th-century America. Alvin S. Felzenberg tells the story of Buckley’s political journey, and its impact on history, in A Man and His Presidents (Yale). Bill was a friend and I’ve heard a lot of Buckley stories over the years, but Al Felzenberg’s diligent mining of both the vast Buckley correspondence and the secondary literature on WFB brought to light some facets of the story of which I was insufficiently aware: not least the raw and blatant anti-Catholicism that marked elite WASP response to Bill’s first bombshell book, God and Man at Yale.

Diplomatic history doesn’t often lend itself to able story-telling, but Michael Doran happily provides an exception to that rule in Ike’s Gamble: America’s Rise to Dominance in the Middle East (Free Press). It’s a tale with numerous lessons for today, a portrait of a president whose greatness involved a willingness to change his mind if reality proved previous assumptions mistaken, and a reminder of just how fractious the post-colonial Arab world has always been – and how poorly the Arabs have been served by their leaders.

Of the making of Wavian biographies there seems to be no end, but I thoroughly enjoyed Philip Eade’s Evelyn Waugh: A Life Revisited (Henry Holt). Unlike some of Waugh’s biographers, Eade does not start from the premise that the twentieth century’s great master of English prose was a fiend in human form: a wise decision that allows him to see, and portray, a complex personality in full. For those who want to explore Waugh’s still-immensely-readable oeuvre, Douglas Lane Patey’s The Life of Evelyn Waugh (Blackwell) remains the gold standard; those more interested in the man than in his literary accomplishment will be well served by Evelyn Waugh: A Life Revisited.

Robert Harris uncharacteristically whiffed (and badly) with his recent Conclave, but his Cicero Trilogy – Imperium, Conspirata, and Dictator (Vintage) – offers a fine portrait of late republican Rome and brings to life an exceptionally able man, not without flaws, who helped cement into the foundations of the West the notions that the rule of law is superior to the rule of brute force – and that civil law should be accountable to the moral law we can know by reason. Harris’s trilogy inevitably raises the question, where are the Ciceros among us today?

And finally, Frank Hanna’s A Graduate’s Guide to Life: Three Things They Don’t Teach You in College That Could Make All the Difference (Beacon) offers those just getting started in life nuggets of wisdom, drawn from the experience of a successful Catholic entrepreneur and generous philanthropist.