His Church. Our Experience.
Subscribe
HomeEducationSummer reading for kids
Education 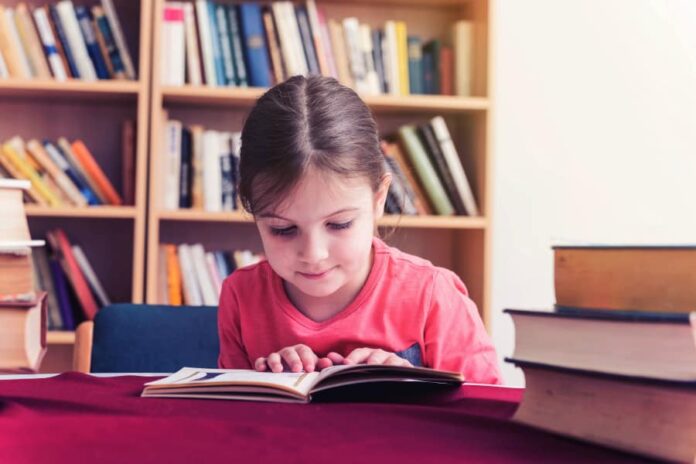 Kids are smart. That’s why Tamara Conley, research librarian at St. John Vianney Theological seminary, Cardinal Stafford Library is such an advocate for kids reading as much as possible.

“Kids should be reading something. Anything. If you want to develop literacy, then you have to read,” Conley said. “No one ever had a bad summer because they read too many books.”

Conley writes reviews of children’s books for Catholic Library World magazine, available at the seminary library. She and other Catholic librarians across the country evaluate literature written for children and young adults, and rate it according to both literacy levels and the values it teaches.

She said it’s important for modern parents to be aware of that their children are reading, and especially the values
their books teach.

“So many kids in Catholic schools get such a good education that they’re able to read things they may not be ready for,” she said. “Books are very influential, for good or for bad. Just like you know what they’re eating, you should know what they’re putting in their brains.”

So, when the summer-time boredom sets in, it may be tempting to grab whatever books are most enticing in the
library display. Conley said that while the desire to read is good, parents can use books to help form their children by
doing just a little bit of research first.

“We all have to develop our faith, and reading is a good way to do it,” she said. “I think reading about the saints in particular is good, because they recognize that there are people just like them, and they form an attachment.”

She also recommended parents discuss reading material with their children.

One way for parents to do this is to read what their children are reading.

“It’s important for parents with advanced readers to read what their kids are ready to read, to make sure the maturity level is appropriate,” she said.

However, she said she realizes that it would be very difficult for parents to read every book their child does. That’s why she recommends parents use all the resources
available to them, including Religious Education teachers, parents of older children and parents who are willing to share the reading burden.

“Public librarians can help you too,” she said. “That’s their job, and they’re trained to do it. They can find book
reviews.”

Conley said that book series can be especially appealing to kids during vacation months, as they have more time to read through them. Below are some of her top choices for young readers, from publishers that she said parents should look into.

“They’re good for early readers because it teaches them literacy, as well as important content about the saints. It’s appropriate for their developmental stage,” she said.

The stories are followed by word games and« activities to help reinforce the lessons.

CHIME TRAVELERS
The Chime Traveler books are based on a group of friends who clean a chapel together. When a bell rings in the chapel, they are transported to the time of different
saints. Conley said this story outline allows the books to teach life lessons without becoming dull.

“These books are so much fun. They’re great,” she said. “The child in the story learns about the saint, but it doesn’t
become too preachy.”

She said the books are great for young readers ready to make the switch to chapter books.

“It’s a big deal for a little kid to move from a picture book to a chapter book. It’s a good starting chapter book for a 7 or 8 year old, if they’re a good reader,” she said.

RED BLAZER GIRLS
Conley said that this series is different from others on the list because it doesn’t try to explicitly teach the Catholic faith. Instead, it shows a group of friends in a Catholic
school solving mysteries.

The girls in the series are in seventh grade, which Conley says makes the series ideal for readers a few years younger.

“Kids like to read about kids a little older than them,” she said.

ENCOUNTER THE SAINTS
This series is written by a variety of authors, so the style changes from book to book. They are simple biographies of the lives of different saints, meant to be enticing to
young readers.

“They show us how the saints lived in a very accessible way,” Conley said.

The books feature saints who were priests and nuns, married and single. Because of the diversity of people covered, they can be appealing to both boys and girls.

JPII HIGH
This series follows a group of friends who attend a Catholic High School together. The content of these books
is more advanced, but Conley said that can foster good conversations about issues the readers are actually facing.

“These are the problems normal kids handle in high school, but its explained from a Catholic perspective. It’s not preachy,” she said. “It’s also a good conversation starter for parents.”

She said the books are intriguing to middle schoolers because the kids in the series match up with where the readers are developmentally.

“These are questions that these readers will have,” she said.

She said the series also demonstrates how friends in this age group help each other, which is important to pre-teens
and teens.

“They work with their peers to learn their morality,” she said.

Be sure to checkout book programs this summer! Barnes & Noble and your local library should all have programs:

Barnes and Noble also has a reading incentive program.