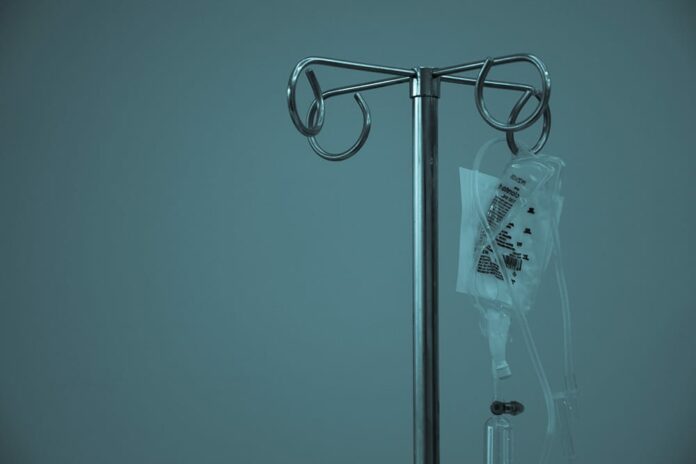 A Colorado man with cancer along with his doctor have filed a suit last month against a health system run by the Catholic Church. The suit alleges that hospital policy barring doctors from participating in assisted suicide violates state law.

Cornelius “Neil” Mahoney, 64, was told July 16 that his cancer was incurable and he would be expected to die within 4-14 months, depending on his treatment, according to a suit filed Aug. 21 in the Arapahoe County District Court by Mahoney and his doctor.

Mahoney quickly inquired about assisted suicide, having anxiety about facing death from cancer and wanting to control the place and time of his death.

According to the AP, Mahoney is childless, “and does not want his siblings to have to take care of him.”

He first asked about assisted suicide at Rocky Mountain Cancer Centers the day he was told his cancer was uncurable; his physician there said neither he nor anyone else at RMCC would provide assisted suicide.

Mahoney spoke the same day to a nurse practitioner at Centura Health Physician Group about his desire for assisted suicide, who referred his request to his primary physician, Dr. Barbara Morris.

He asked a social worker assigned to his case at RMCC about assisted suicide July 24, who also told him he would be unable to access it through RMCC.

Morris, Mahoney’s primary physician, was employed at CHPG, which is jointly run by the Catholic Church and the Seventh-day Adventists through Centura Health Corporation.

Abiding by the U.S. bishops’ Ethical and Religious Directives, Centura Health does not permit its employees to participate in assisted suicide.

Morris “would provide [aid-in-dying] to qualified patients but for Centura’s Policy,” the suit says. She told him July 22 that Centura bars its physicians from providing assisted suicide, and she suggested that Mahoney transfer his care to a provider who would be permitted to provide assisted suicide.

Mahoney then inquired with another provider, the University of Colorado Anschutz Medical Campus, who said that to obtain assisted suicide he would have to tranfer his care and have his condition re-evaluated.
“Neil does not want to transfer his care to a different facility and endure additional testing,” and likes the convenience of CHPG, which is close to his home.
Mahoney began chemotherapy treatment in July “in the hopes that he responds favorably and can handle the side effects,” and is uncertain whether he wants to receive additional chemotherapy.

Colorado voters legalized assisted suicide in a 2016 ballot measure. The law allows an adult with a terminal illness to request a lethal prescription from their physician. The person must be deemed mentally competent, and two physicians must diagnosis the person as having six months or fewer to live. The measure requires self-administration of secobarbital.

The AP reported Sept. 4 that Jason Spitalnick, who is among the attorneys for Mahoney and Morris, “pointed out that that the law says helping a patient get life-ending drugs does not constitute euthanasia or assisted suicide under the state’s criminal code.”

The law requires the official cause of death to be listed as a patient’s underlying condition, not as an assisted suicide.

A facility may not subject its physicians, nurses, and pharmacists to disciplinary action, suspension, or recovation of privileges or licenses related to conduct taken in good faith reliance on the assisted suicide law.

The policy does allow Centura physicians or providers to assist patients who request assisted suicide in transferring their care to a non-Centura facility.

The suit seeks a declaration that Centura may not prohibit Morris from providing assisted suicide, nor penalize her should she do so.

Morris’ employment was terminated by Centura Aug. 26.
Kaiser Health News reported Aug. 30 that Morris “had planned to help her patient … end his life at his home.”
Centura Health filed a request Aug. 30 that the suit be removed from the Arapahoe district court to the U.S. District Court for the District of Colorado.

Centura requested the transfer to federal court because the suit raises federal questions involving the First Amendment and federal statutes.

It noted that it is a religious organization, and that the doctrines of its sponsors, the Catholic and Seventh-day Adventist healthcare ministries, “govern, direct and inform” its activities.

The group added that when Morris signed an employment agreement with Centura Health-St. Anthony Hospital in 2017, “she expressly agreed that she would not provide any services ‘that are in violation of the Ethical and Religious Directives for Catholic Health Care Services.’”

Morris told Kaiser Health News she was “shellshocked” at being fired, saying, “it seemed so obvious that they can’t do it.”

Morris said that “I didn’t think it was going to affect my general family practice. Until these conversations about medical aid-in-dying, I hadn’t felt any interference.”
Centura said Aug. 29 that it “expects all our caregivers to act in a manner consistent with our Mission and Core Values,” Kaiser Health News reported.

Wendy Forbes, a Centura spokeswoman, told Kaiser Health News: “We believe the freedom of religion doctrine at the heart of the First Amendment to the U.S. Constitution supports our policies as a Christian health-care ministry. We will vigorously defend our Constitutional rights.”

Archdiocese of Denver spokesman Mark Haas said that “asking a Christian hospital to play any role in violating the dignity of human life is asking the Christian hospital to compromise its values and core mission. This is not the hospital forcing its beliefs upon others, but rather having outside views forced upon it.”