Strong saints for our doubting times 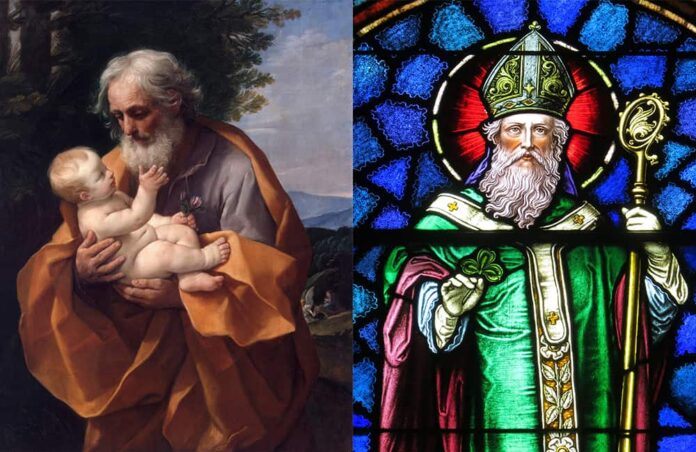 “I declare in truth and with joy in my heart — before God and his holy angels — that I have never had any motive in my work except preaching the Good News and its promises. That is the only reason I returned here to Ireland — a place I barely escaped alive.” These words from The Confession of Saint Patrick echo the strength of the Holy Spirit, which coursed through Jesus as he gave his life on the cross, animated St. Stephen the first martyr, and continue to move people around the world to give witness to Christ no matter the cost.

In the space of one week, we have observed the feast days of two strong holy men, Saints Patrick and Joseph, both of whom lived during trying times and sought to fully live the faith. The example of these two men, our forefathers in the faith, provides us with a model for a successful Lent, but also for evangelizing in a culture that doubts everything.

Saint Joseph was, according to Matthew’s Gospel, a “righteous man” (Mt. 1:19), whose desire to follow God in all he did was apparent in his actions. Under the Jewish law, Joseph was required to divorce Mary because she was found pregnant after they were betrothed but before they had lived together. And yet, Joseph saw how good and pure Mary was.

When an angel appeared to Joseph in a dream and told him that Mary was pregnant through the Holy Spirit, he did not hesitate to bring her into his home, even though his fellow believers would certainly question his and her integrity. This is a valuable lesson for people of faith today. It is far better to follow God’s plan for us than to go along with what society considers wise.

We see this, too, in St. Joseph’s willingness to flee into Egypt at the prompting of another angelic dream. Perhaps he also had to conform his heart to the Father’s plan when he heard the prophet Simeon foretell that a sword would pierce Mary’s heart and that Jesus would be a “sign of contradiction” (cf. Luke 2:22-36). Surely his heart would have been moved to protect his wife and foster son, but he also could see God was at work in his family.

At the age of about 15, St. Patrick was captured from his home in western Britain by Irish pirates and sold into slavery. He spent six years as a slave tending the flocks of his master, but during that time he also progressively grew closer to God and the faith that he had previously cast aside.

Soon after returning home from escaping slavery in Ireland, Patrick had a vision in which the people of Ireland called out for him to come back. “Holy boy!” they cried out, using the nickname that he was mocked with as a slave, “Come here and walk among us.” Interestingly, rather than being angry, St. Patrick said his heart was moved by their pleas.

Saint Patrick knew what he was facing: a land populated by 150 tribes each led by a king, a society influenced by the Druids and other pagan religions and a Christian Church that likely numbered only in the hundreds. But St. Patrick was undaunted, and faithfully, joyfully made his way to Ireland.

There were many competing ideas vying for the hearts and minds of the people in Ireland, just as there are today, and many of them are harmful. As we make our way through Lent and seek greater intimacy with God — who is the Way, the Truth and the Life — let us ask for the strong faith of St. Joseph and St. Patrick to help us in our journey. Let us listen to the voice of God, to the voice of Jesus, and not that of the world, or worse yet, of the devil.

With the gift of faith and the courage of the Holy Spirit, may we say with St. Patrick, “God heard my prayers so that I, foolish though I am, might dare to undertake such a holy and wonderful mission in these last days — that I, in my own way, might be like those God said would come to preach and be witness to the good news to all non-believers…”