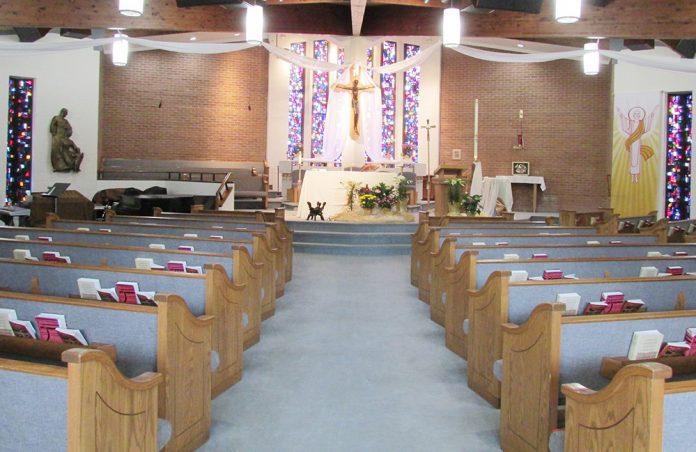 Several valuable items belonging to a Denver Catholic parish, including the tabernacle and vessels used for Mass, were recovered late last week, after the church was robbed nearly a month ago. Consecrated hosts taken from the church were not found.

The predominantly African-American parish of Curé d’Ars, located in north Denver, was broken into and robbed overnight Aug. 30-31. All the church’s vessels used for Mass were stolen from the vestry, which the thieves accessed by kicking in a wooden door.

The church’s tabernacle, containing the Eucharist, was stolen from the sanctuary.

In a Sept. 25 post on the church’s Facebook page, Deacon Clarence McDavid reported that he had been called in by a detective working the case to look at items recovered from a man Denver Police had recently arrested.

The recovered items included a number of religious objects including a tabernacle, a ciborium, a communion bowl, and a container used to hold the priest’s hosts.

“These items are clearly ours and have been retrieved from the police department. The person who is in police custody is believed to have broken into several other churches in the area,” McDavid wrote.

McDavid said the consecrated hosts contained in the tabernacle, however, were still missing and were “obviously dumped.”

The vessels found have now been cleaned up and are at the church, he said, though not every single vessel has been recovered. A larger ciborium is still missing, he noted.

Speaking with CNA Sept. 27, Deacon McDavid said he wished to thank everyone who, moved by the story of the robbery, reached out with donations, well-wishes, and prayers.

“It certainly shows how connected we are as a Church. It’s been very moving to see,” he told CNA.

Denver Police confirmed to CNA that an arrest had been made related to the Cure d’Ars burglary, and named the suspect as thirty-seven-year-old Deshaun Glenn.

The Cure d’Ars burglary is believed to be a pattern burglary involving other churches, the police department confirmed to CNA. The investigation is ongoing and any charges against Glenn will be determined by the District Attorney.

The thief, or thieves, also took a laptop used for live streaming Masses, and a sound board used to connect to the church’s microphones. Those items were not among those recovered, and the church has since ordered new ones.

The thieves also cut all the copper piping off of the building’s furnaces downstairs and from a stairwell on the building’s exterior, flooding the church basement with water. The church currently has no heating or air conditioning as a result, McDavid said.

“Work to replace all five furnaces and the air conditioner units will hopefully start within the next two weeks. As reported previously, we need to wait until the necessary supplies are available before the installation can happen. The company that we are working with has escalated the matter as they know that we are without a heating or cooling system,” McDavid wrote in the Facebook post.

Father Joseph Cao, the church’s pastor, told CNA immediately following the robbery that he has no idea who could have done it. Around 8:40am on Aug. 31, Father Cao discovered that the church’s outer door had been pried open.

Fr. Cao found an upturned chair and several unconsecrated hosts on the ground when he entered the sanctuary. He then saw that the tabernacle was gone, and found the flood in the basement.

“As you can imagine, this is very devastating for the entire community,” Deacon McDavid told CNA Sept. 1.

“We have people who have been here probably since the mid-60s…I’ve been a deacon here for 34 years.”

Curé d’Ars parish dates to 1952, and its name honors St. John Vianney, the patron saint of parish priests who had care of souls in Ars, France, in the nineteenth century.

By the 1970s, thanks mainly to changing demographics in the area, Curé d’Ars served approximately 200 predominantly black families. The current church building was dedicated in 1978 under pastor Fr. Robert Kinkel. The parish later welcomed Charlie Bright as the first African-American deacon in the Denver archdiocese.

The sanctuary was blessed and rededicated as a sacred space Aug. 31.