His Church. Our Experience.
Subscribe
HomeLocal‘It’s still not over’
Local

‘It’s still not over’ 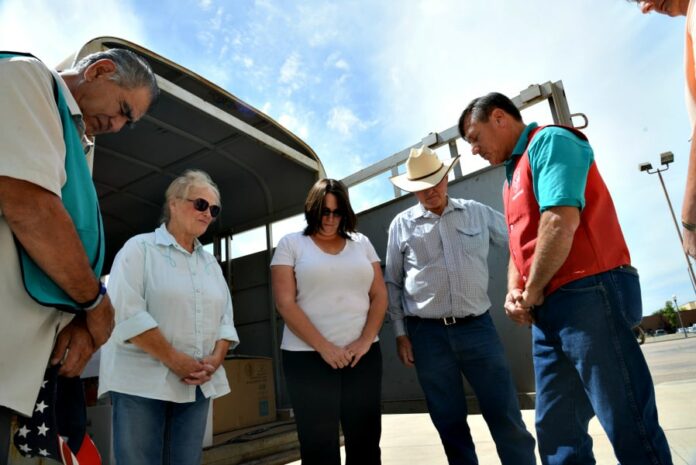 When the rain falls down around his home, Joe Montez can’t sleep.

A year ago when it rained, rivers swelled and flash floods swept the Front Range region ravaging homes and displacing thousands, including Montez and his family.

Without warning, 6-foot-high waves of water from the Platte River deluged their Weld County property on Country Road 52 and left them stranded, forced to sleep the night on the raised railroad tracks nearby.

“It’ll be with us forever because of the fear,” said Montez, 59, a Vietnam veteran. “When it rains you can’t sleep, because you don’t know.”

There was no way to anticipate heavy rains causing severe flooding in September 2013 would reach historic levels earning it the title of a 1,000-year rain and a 100-year flood. More than 18,000 residents were evacuated, and 1,621 homes destroyed, according to state agencies.

Funding continues to pour into the state to help flood victims pick up the pieces of their lives.

Since December, the Society of St. Vincent de Paul has given donated housewares and furniture to 87 families in Weld County through its House in a Box program, originally created to help Hurricane Katrina victims. Each household has received an average of $2,500 in new couches, mattresses, wood kitchen tables, plaid bedding and white plates, volunteers said, thanks to partnerships with Catholic Charities, United Way and local businesses.

“The joy and gratitude we receive from each family, as they pick up their new household furnishings, is most rewarding,” said Milt Merrick, representative for the society’s Rocky Mountain Disaster Division.

Victims’ recovery could take years. The Montez family has piles of debris waiting to be cleared and recently replaced flood-stained furnishings with the help of House in a Box.

“The nightmare starts when you open the door (to your home),” Montez said, recalling when they surveyed the damage. “We’re still working on it. All we can do is get our lives as close to what it was. We’ll find a way to do it.”

Hope in a box
A year later, 31-year-old Jennica Quesenberry said she’s been moved to tears by the generosity of strangers helping her rebuild her home in Evans.

Neighbors and church groups stopped to clear debris and clean her flooded home. From its Greeley warehouse, House in a Box provided a table, twin bed, dresser, couch and kitchen supplies for her and her 2-year-old son.

“It made me want to cry because it was stuff I really needed so bad,” she said. “Then we sat and prayed together. That was something I definitely needed.”

Life may never be the same after the flood.

Without flood insurance, Quesenberry has spent an estimated $50,000 to gut and remodel her two-story home. After moving back a month ago, she said there’s still a stench from the 8-foot-high waters that carried sewage water and debris into the neighborhood. Mud still spots the streets and collects when it rains.

“It’s still not over,” she said. “My life still isn’t back to normal. I don’t even feel like the same person.”

The program’s Greeley warehouse manager Dave Bejarano, 62, said volunteers are there to help families recover and give hope.

“He hasn’t left you. He’ll never forsake you,” Bejarano said about God to families who felt abandoned. “I like to remind people that God is always out there.”

Enita Kearns-Hout, the regional director of Catholic Charities in Weld County, said it’s amazing to watch the community collaborate to help the poorest of the poor hit by the flood.

Families like the Coronas had few options after their mobile home near Riverside Park in Greeley was soaked. They bought a home high on a hill nearby and have started over.

“It was a difficult time and it has been a difficult time,” said Khennya Corona, 20, who attends Our Lady of Peace Church in Greeley with her parents and sister. “You go back to what you remember and you still experience it like it happened yesterday. We think every single day we’ll remember it.”

House in a Box
Flood victims may call the House in a Box program in Greeley for assistance. Call 970-590-8401.