State wrangles over day of prayer in courts 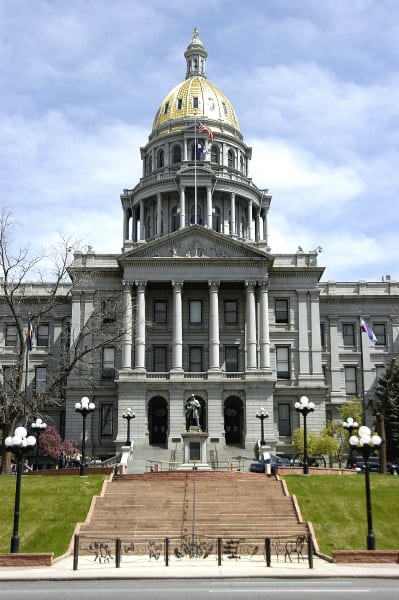 A legal battle over the constitutionality of state-proclaimed days of prayer advanced this month when attorneys argued in court against an atheist group’s attack on the “Colorado Day of Prayer.”

Hickenlooper and Colorado Attorney General John Suthers enlisted the Alliance to fight a state appellate court’s original ruling in favor of the atheist Freedom From Religion Foundation’s claim that the state day of prayer represents a government endorsement of religion.

“By acknowledging various events, anniversaries and civic accomplishments, the governor is by no means ‘endorsing’ or ‘favoring’ every one of the individuals recognized or the causes that the requesting groups support,” Suthers argued in a 24-page filing in 2012. “Rather, honorary proclamations simply acknowledge the activities of individual and civic groups.”

The Freedom From Religion Foundation also filed suit against former Gov. Bill Ritter in 2008 and a ruling in favor of the prayer day was overturned by the state’s three-judge court of appeals in May 2012. Hickenlooper and Suthers challenged the ruling and brought the case to the Colorado Supreme Court.

Prayer in the Square
The question over prayer in public also reached the U.S. Supreme Court this month.

By a 5-4 decision, the justices ruled in favor of allowing city governments to begin meetings with prayer, even if it favors a certain religion.

On May 5, the court ruled legislative bodies such as city councils may continue to hold prayer during sessions. The court decided on the case after an upstate New York town council was sued for not reaching out to a more diverse group of prayer-givers.

A U.S. Court of Appeals ruled the town’s practice of prayer at the start of sessions, while ruled constitutional for state legislatures by the Supreme Court some 30 years ago, was an endorsement of prayer because the town rarely included invocations from non-Christians.

When the case reached the Supreme Court, the majority of the justices found common ground with the dissenting justices on the accommodation of religion in civic life, saying that the public square “need not become a religion-free zone.”

But the four dissenting justices argued the town could have remedied its problems by finding more diverse prayer-givers.