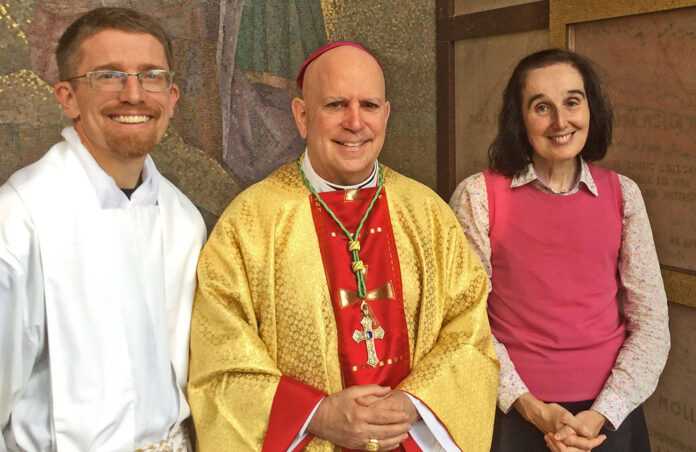 St. Gianna Molla Parish was erected by Denver Archbishop Samuel J. Aquila in 2018. Father Jason Wunsch, who was the Parochial Vicar at Ascension Parish, was appointed as pastor of the new parish.

Father Wunsch and Archbishop Aquila are pictured above with Gianna Emanuela Molla, St. Gianna Molla’s daughter, at her mother’s grave in Mesero, Italy. Gianna Emanuela has since come to visit the parish here in Denver and gave her testimony.

Father Wunsch was instrumental in initiating a Society of St. Vincent de Paul conference at the new parish in April 2021. The conference was approved by the SSVdP National headquarters on April 28, the feast day of St. Gianna. The St. Gianna Molla parish boundaries cover a large area including Denver International Airport, multiple new housing developments and a rapidly growing population.