Why should you spiritually prepare for Christmas? 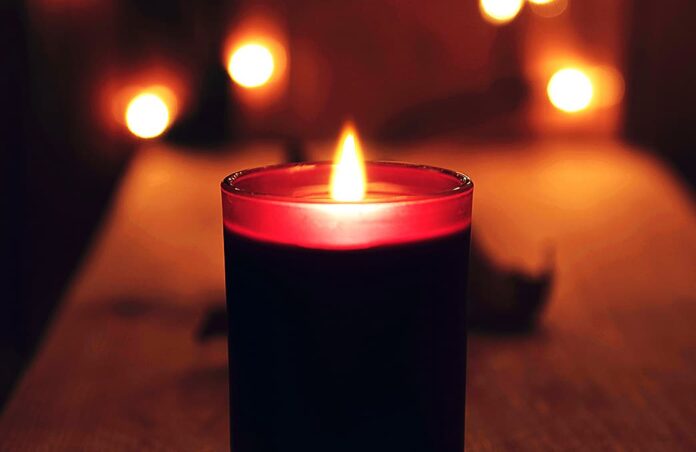 The holiday cheer, the Christmas music, the warm drinks and the shopping deals — these are just a few of the things we love most as we get close to Christmas. While good and fun, these things, in all the noise and busyness, might lead us to overlook the days leading up to the celebration of Christ’s birth as an important time of preparation — otherwise known as Advent.

So what is Advent and why does the Church set aside time for it?

Comprised of four weeks leading up to Christmas Day and set aside by the Church as a time to prepare our hearts to receive Jesus in a deeper way, the season of Advent is a crucial time to reflect on our relationship with God and to truly be awake to his presence, according to Msgr. Bernard Schmitz, pastor of St. Joseph parish in Denver.

“Anytime you have a major liturgical celebration such as Christmas or Easter, or even before a solemnity of some kind, there’s always a vigil, there’s always some kind of preparation,” Msgr. Schmitz said. “You come before the Lord with the acknowledgement and the awareness that we’re really unworthy to be present there, so it’s a desire to really claim our poverty of spirit and be open to the gifts the Lord has for us. So Advent is exactly that.”

Advent is the preparation for two comings: The second coming of Christ and the Incarnation, when Christ became flesh. And the preparation is a grace offered to us to enter more deeply into those mysteries.

“God’s grace is always available, but we have our own free will. We have the will to ignore it or receive it,” Msgr. Schmitz said. “So if in Christmas what we focus on is the Incarnation and God’s presence with us, I have to prepare my heart for that.

“Because if all the Advent season has been primarily [focused] on me, and on what I’m going to get or do for somebody else, or being able to brag about getting my Christmas cards sent, how am I going to be awake to the Lord?” he added. “It’s not magical. In order to be able to enter into the mystery of Christmas, I have to get myself out of the way.”

What’s the difference between Advent and Lent? Is Advent just another, shorter season of penance like Lent?

According to Canon Law, it’s not penitential (“The penitential days and times in the universal Church are every Friday of the whole year and the season of Lent,” Can. 1250), but it is still a time to prepare our hearts for Christ and is an opportunity for reconversion.

Anytime you have a major liturgical celebration such as Christmas or Easter … there’s always some kind of preparation. You come before the Lord with the acknowledgement and the awareness that we’re really unworthy to be present there, so it’s a desire to really claim our poverty of spirit and be open to the gifts the Lord has for us. So Advent is exactly that.”

“Advent, [although somewhat penitential], its focus is more in terms of opening my eyes to see the presence of the Lord, and Lent is a more serious penitential intent on imitating Christ’s 40 days in the desert to really cleanse myself,” Msgr. Schmitz said. “If I was going to make a comparison, it would be between the Lord and his 40 days in the desert as preparation for ministry. In Advent, my comparison would be the Blessed Mother, her preparing to give life. If we’re to give birth to the Word of God, we have to prepare to do that.”

While the season of Lent is penitential and Advent more characterized by hopeful longing and joyful expectation, both are a time of prayerfulness, almsgiving and sacrifices.

Another similarity is that both seasons use the color purple in the priests’ vestments as a symbol of penance, sacrifice and preparation, as well as a second color: Rose (or pink), which is worn on the third Sunday of Advent, known as “Gaudete” Sunday, symbolizing joy.

There are plenty of ways we can practically prepare for Christmas during the Advent season, according to Msgr. Schmitz. One of the most popular ways is the Advent wreath, which symbolizes Christ as a light in the darkness and has four candles, three purple and one pink for each of the four weeks of Advent.

“I remember as a child we had an Advent wreath and every night before dinner, we would pray the prayers and light it and we always enjoyed as kids to see which one of us was going to get to light it,” he laughed.

“Probably the most important thing is [asking], who do I need to forgive, or who do I need to ask forgiveness from before we get to Christmas?” he said. “Because the greatest gift we give each other is our presence. So who have I not been present to? Who do I need to find a way to reach out to to heal?”