Sin, suicide and the perfect mercy of God 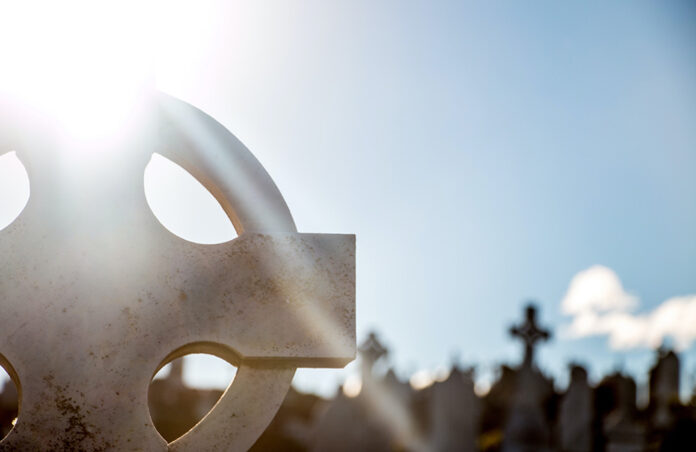 I love my hair stylist.

Yesterday, at my bimonthly appointment, we somehow got onto the topic of suicide — specifically, the insidious way that it spreads among teenagers. One suicide often leads to another, which leads to another. I made the comment “It is demonic.”

At that point, a woman in the waiting area chimed in. “I disagree. I’m Catholic. It used to be a mortal sin, but they changed it. It’s not any more. It’s mental illness.”

If a nice Catholic lady at my hair salon could be confused about this, I figured perhaps some of you out there may be as well. Which made me think perhaps it’s time for a little review on the nature of sin — both in general, and specifically as it applies to suicide.

First, sin in general. The fundamental point here is that the Catholic Church has no power to decide what is a sin and what isn’t. It’s not like there’s a committee that meets periodically to review the list of sins, and decide if any need to be promoted from venial to mortal, or demoted from mortal to venial, or dropped from the list entirely.

Sins are sins because they are outside of God’s will. And they are outside of God’s will because they have the potential to do tremendous damage to people created in His image and likeness, whom He loves. We know they are sins because it was revealed to us in Scripture, or it has been handed down from the time of Christ in sacred tradition. Sometimes the Church must apply these timeless, God-given principles to new situations, to determine the morality of technologies undreamt of in ancient times.

The Church has the authority to do that because she received it from Christ, her bridegroom. And once she does declare on a subject, we believe it is done through the inspiration of the Holy Spirit, who is the same yesterday, today and tomorrow. So the Church isn’t going to change her mind. Something can’t be a sin, and then suddenly NOT be a sin.

“But,” you ask. “What about eating meat on Friday? That was a sin, and now it isn’t.” This is an example of a discipline of the Church. Eating meat has never, in itself, been an objectively sinful behavior — on Fridays or any other day. But the Church was calling us, as Jesus calls us, to do penance. And the Church selected that penance as something we could all, as a Church, do together. The sin was never in the ingestion of the meat. It was in disobeying the Church in this matter. This particular discipline has been dropped. But it doesn’t change our obligation to in some way do penance for our sins and the sins of the world.

Now, on to suicide. It is obvious that something must have changed in the teachings of the Church. Because, in the olden days, a person who committed suicide couldn’t be buried with a Catholic funeral Mass. And now they can. So what gives?

Here’s the situation. Taking innocent human life is always a grave evil. (I add the “innocent” qualifier to distinguish this discussion from one about self defense, or about the death penalty — which in a sense is self defense. But those are separate discussions.) God is the author of life, and it is He who decides when our lives will end. To usurp that power always has been, and always will be, a grave moral evil.

But there is an important distinction we must understand. There is the objective gravity of the sin — the nature of it, and the great damage done by it. Then there is the question of the individual’s moral culpability of that sin. In other words: a great evil was done. But is the person who did it liable to judgment for it? Or were there extenuating circumstances that mean that, while the evil was indeed done, the person who did it was somehow functioning in a diminished capacity that reduces or eliminates their moral responsibility?

For a person to be culpable for a mortal sin, three conditions must be met. First, the objective act must be gravely sinful. Second and third, the person committing the sin must do so with full knowledge of the sinfulness of the act, and full consent of the will. In the question of suicide, we have learned to much about the psychological condition of a person driven to such a horrible deed. The instinct to self preservation is strong. In order to overcome it, the mental and/or physical suffering is frequently very intense. There may even be, as my friend at the salon mentioned, mental illness involved. All of this can drastically reduce a person’s mental and intellectual capacity to make rational decisions.

And so, while an objectively horrifying act has occurred, God may very well have tremendous mercy on that person’s soul, given the extreme states of agitation and pain that led up to the act.

Know that I write all of this as someone who has lost one beloved relative and several friends to suicide. And I am tremendously optimistic in my hope that they are with God. Not because they didn’t do something terrible, or that what they did was somehow justified. But because the God who loves them sees their hearts, and knows that pain and suffering can drive people to acts they wouldn’t possibly consider while in their “right” minds.

And we live in great hope that they are with Him.