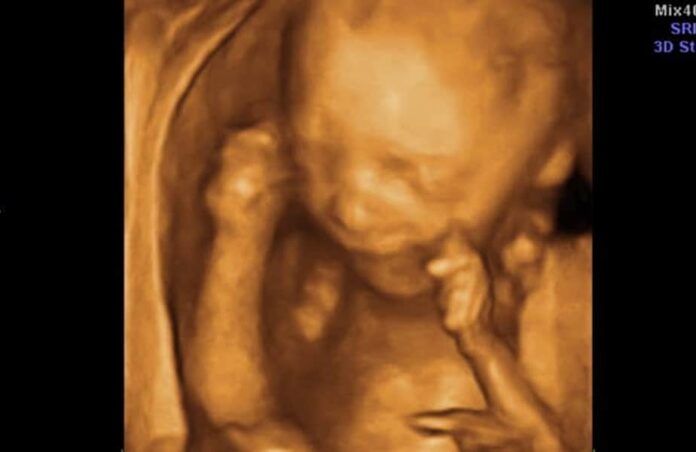 The U.S. Supreme Court issued a ruling Friday overturning the 1973 decision Roe v. Wade as well as the 1992 decision Planned Parenthood v. Casey. In simplest terms, this means that abortion is no longer legal nationwide — the legality of abortion is now determined at the state level.

There are a lot of myths out there about what this ruling means and what will happen next. Here are some responses to common myths about the overturning of Roe v. Wade:

Myth 1: Abortion is now illegal in the United States.

Abortion — which the Catholic Church teaches is a “grave evil” — is still legal in many areas of the country. Now that Roe v. Wade is overturned, abortion is governed by state laws, and for years some states have been legislating in a pro-life direction, and others in a pro-choice direction.

States such as Hawaii, Colorado, Nevada, New York, and Illinois have written explicit abortion protections into their state laws. Abortions there will continue, and many of those states have positioned themselves as destinations for women traveling to obtain abortions from states with more restrictions.

That said, there exist dozens of state laws regulating abortion that were, up until the court’s June 24 ruling, in legal limbo or struck down entirely for being out of step with Roe, and thus unconstitutional. Now, those laws will be able to come into effect. They include a total ban on abortion in these states: Arkansas, Idaho, Kentucky, Louisiana, Mississippi, Missouri, North Dakota, South Dakota, Tennessee, Utah, Texas, Oklahoma, and Wyoming.

The legal landscape at the state level is varied and complex, as among the more pro-life states, there are a variety of kinds of restrictions that have been enacted. For example, Nebraska bans a certain kind of abortion called dilation and evacuation, which is typically done in the second trimester of pregnancy and results in the dismemberment of an unborn child. Other states, such as Arizona, have restrictions such as a ban on abortions done solely because of a Down syndrome diagnosis.

A handful of states, such as Michigan, have previously-unenforceable bans on abortion, some 100 or more years old, that have never have been repealed. In Michigan, where a judge recently blocked the state’s ban, Governor Gretchen Whitmer (D) has repeatedly called for the ban’s complete repeal.

Some state legislatures may scramble in the coming days, weeks, or months to pass laws regulating — or deregulating — abortion.

Myth 2: Women will be harmed by this decision.

Virtually all states with “trigger” laws to ban abortion include an exception for medical emergencies, and stipulate that the person punished under the law would be the person performing the abortion, not the woman seeking one.

In addition, at least one expert observer says cases of women being prosecuted for obtaining abortions are very unlikely to occur.

“There is no documented case in America of a woman being prosecuted for seeking an abortion since 1922. There has been only one case of a woman being convicted for unlawful self-management of abortion, and that was vacated on appeal,” legal scholar O. Carter Snead wrote recently in the Economist.

Speaking more broadly, there is a commonly cited study, called the Turnaway Study, which advocates of abortion say proves that most women do not regret their abortions, and that women who were denied abortions at certain points in their lives had worse mental health and economic outcomes than those who were not. The study has since been widely debunked, with its research methods and potential conflicts of interest being criticized. Many women who regret their abortions have joined the pro-life movement.

Myth 3: Women could now be jailed after having miscarriages.

About one in five pregnancies will end in miscarriage. Every woman will respond and process their grief differently, but needless to say, such an intensely personal and emotional occurrence should be met with compassion and loving care.

Some pro-choice activists have falsely stated that in countries such as El Salvador — where abortion is prohibited entirely — women have been investigated and jailed following miscarriages. In fact, reporting from ACI Prensa has found that the 140 cases often cited by pro-choice activists in El Salvador of women being jailed actually involve aggravated homicide of their newborn babies, rather than naturally occurring miscarriages.

In the U.S., incidents where a mother could be jailed for a miscarriage are relatively rare, and often involve instances where women used illegal and harmful drugs during pregnancy. An Oklahoma woman who was sentenced last October to four years in prison after her baby died in her womb at 17 weeks. In that case, the 21-year-old woman admitted to using methamphetamines while pregnant, and traces of meth were found in the unborn baby’s body.

About two dozen states have laws defining substance use during pregnancy as child abuse under civil child welfare statutes, according to the pro-abortion Guttmacher Institute. But, “There is also no serious likelihood of the incidental criminalization of contraception, [in vitro fertilization] and management of ectopic pregnancy or miscarriages,” Snead, the legal scholar, wrote.

Myth 4: A majority of women will live in states with no surgical abortion.

Because several of the most populous states in the nation — such as California, New York, and Illinois — have moved to codify abortion into their laws, a majority of women will likely live in states where surgical abortion is still accessible. Many of the most pro-life states in the country have relatively small populations, despite being geographically large.

That said, populous states such as Texas and Florida have made moves toward more pro-life policies in recent years.

Myth 5: Treatment for ectopic pregnancy is considered an abortion, and thus many women will likely die from lack of treatment in states where abortion is illegal.

Ectopic pregnancies occur when an embryo implants outside the uterus, usually in the Fallopian tube. Though relatively rare, the most recent data available from the CDC shows the rate of ectopic pregnancies increasing to about 1.4% as of 2013, and may today be as high as 2%.

Once implanted, the embryo’s growth is likely to rupture the Fallopian tube, which can cause the death of both mother and child. And whether treatment is done or not, the embryo is highly unlikely to survive.

There are three common medical procedures to address ectopic pregnancies, two surgical and one involving a drug. In all of the procedures, the embryo dies. From a Catholic perspective, direct abortion — the intentional killing of an unborn baby — is never permitted, but a procedure to save a woman’s life that has the unintended effect of an unborn baby’s death is morally permissible.

But medical professionals have noted that virtually every state regulation or ban on abortion contains an explicit exception for ectopic pregnancy treatment — which, again, is generally not considered the same as an abortion.

Myth 6: Women in states where surgical abortions are banned will be unable to get abortions, unless they travel.

Again, the reality is that abortion will remain accessible for many women who seek it out. Part of the reason for this is the proliferation of the “abortion pill,” also known as medication abortion. According to the U.S. Centers for Disease Control’s most recent Abortion Surveillance report, for the year 2019, “early medical abortions” made up 42.3% of abortions that year.

The two-pill regimen is fully approved by the U.S. Food and Drug Administration, which in late 2021 authorized doctors to prescribe the drugs online and mail the pills, allowing women to perform early abortions — up to ten weeks of gestation — without leaving their homes.

At least 19 states mandate that a clinician must be physically present when the pills are administered. But even so, research by pro-life groups has found that the rate of abortion-related emergency-room visits is increasing faster for medical abortions than for surgical abortions, and that medical abortion makes subsequent abortions more dangerous.

Myth 7: Now that Roe v. Wade is overturned, it’s a done deal. States will always be able to restrict abortion from now on.

This is true currently, but the federal government under President Joe Biden has attempted to pass a bill codifying Roe v. Wade into federal law, which if passed would supersede state-level pro-life laws; but such attempts so far have failed. But just because such efforts have failed so far does not mean the federal government will not continue to try to pass such measures. There is a chance, however, that in light of the Dobbs ruling, the Supreme Court could strike down a federal law attempting to codify abortion rights.

For pro-life people, the work continues.