His Church. Our Experience.
Subscribe
HomeLocalAround the Archdiocese: Vocations
Local

Around the Archdiocese: Vocations 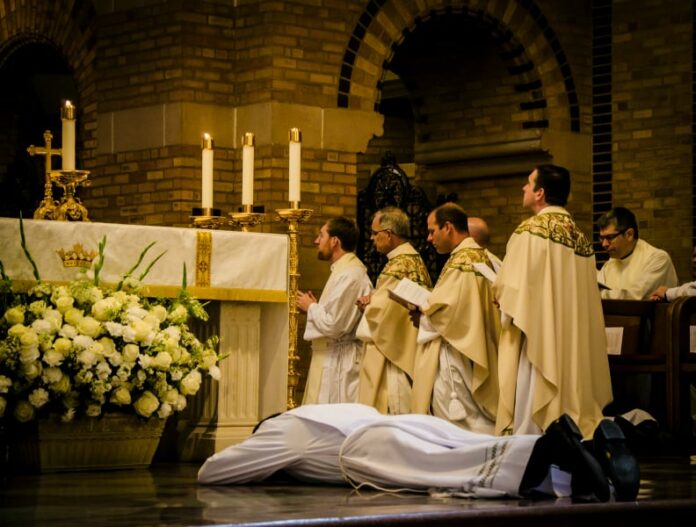 Seminarian from Poland ordained in homeland

Tomasz Strzeboński, a native of Poland and seminarian at SS. Cyril and Methodius Seminary in Orchard Lake, Mich., was ordained deacon  by Archbishop Samuel Aquila at the St. John Paul II Center in Krakow, Poland, Aug. 16. Following his priestly ordination, expected for next spring, Deacon Strzeboński will serve the Archdiocese of Denver.

Servant of Christ Jesus Brother James Claver, 29, a seminarian of St. John Vianney Theological Seminary, was installed to the ministry of lector by Archbishop Samuel Aquila in the seminary’s Christ the King Chapel Sept. 2. Brother Claver is in priesthood formation to serve the Archdiocese of Denver. The ministry of lector enables the men to proclaim Scriptures, except the Gospel, in liturgical celebrations and to instruct the faithful in their reception of the sacraments. The Servants of Christ Jesus is a new religious order headquartered in Denver.

Seminarian Erik Vigil Reyes of St. John Vianney Theological Seminary was ordained to the diaconate Sept. 6 by Archbishop Samuel Aquila in Christ the King Chapel in a step bringing him closer to priesthood ordination. Vigil, 26, was born and reared in Mexico and originally attended a seminary in Monterrey but is now in formation to serve the Archdiocese of Denver.