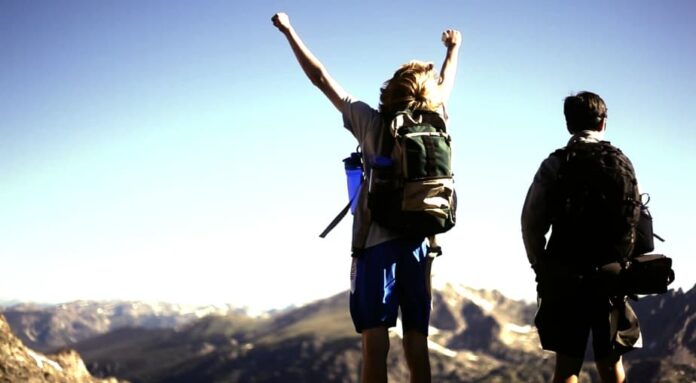 The world is abuzz over Pope Francis’ papal letter on ecology that drew strong reactions from theologians and politicians.

The pope’s second encyclical, titled Laudato Si (Praised be): On the Care of Our Common Home, urges the world to engage in a dialogue about humanity’s responsibility to protect God’s creation.

It’s a subject all too familiar for Scott Powell, director of scriptural theology at St. Thomas Aquinas Catholic Center in Boulder.

“I’m up here in Boulder and it’s a big topic of conversation,” Powell told the Denver Catholic. “Whenever I tell people the Church has something to say about these things, their minds are always blown.”

Pope Francis’ 184-page encyclical touches a range of topics including environmental degradation, integral ecology, the impact of consumerism and a call to take action to care for creation. It’s not the first time a pope has spoken strongly about global issues, including the environment.

“It’s something that’s on the heart and mind of the Church, and it has been for a long time,” Powell said.

And the way to start is to act virtuously.

The problems the world faces are lack of clean drinking water, climate change and harmful greenhouse gases, according to the pope. He asks the world to reflect on the kind of earth they would want to leave future generations.

Colorado’s three bishops—Archbishop Samuel Aquila of Denver, Bishop Michael Sheridan of Colorado Springs and Bishop Stephen Berg of Pueblo—responded to the encyclical saying all people need to work together to protect the created world and work on building a culture of stewardship and respect.

“The encyclical calls all people and communities of good will, not just the faith community, to action; everyday small actions from recycling to advocating for well-informed environmental policies matter,” the bishops stated on June 18. “Our communities, in partnership with business, can work together to find sustainable energy solutions. This partnership means that economic prosperity, protection of the created world, and inclusion of the poor and vulnerable should be pursued together.”

Protecting the environment falls in the laps of people worldwide, Powell said. And the pope writes that creation is part of a connected relationship between oneself, others and God.

“When one part of a four-part harmony is off, you actually lose the tune in it,” Powell said. “It changes something. That’s what Christ died for—is those relationships.”

How to care for that relationship with creation may be up for debate.

The encyclical includes specific points on being responsible with choices impacting the environment. But Powell said the pope isn’t asking people to simply recycle.

“The point is not let’s just recycle because there’s a lot of paper we need to not waste. That’s part of it—that’s true,” Powell commented. “But the more that I’m conscious about what I’m doing, the more I’m going to be able to be conscious of being self-sacrificial.”

The root of all sin, including a lack of care for the created world, is selfishness, he said.

“The heart of the matter is the same problem we had since day one of human life, which is self-centeredness, which is a lack of care for what’s around us be it other people, their own selves, or the created world that he’s given us,” Powell said. “In my opinion the problem of human selfishness is reaching climatic levels. I think that’s partially why the pope wants to speak out about this now.”

Also as co-founder of Camp Wojtyla, Powell and his wife, Annie, lead an outdoor camp for youth to teach them about the faith, especially through metaphors drawings on nature.

Creation is a great teacher of Christ’s ways and thinking about one’s relationship with him.