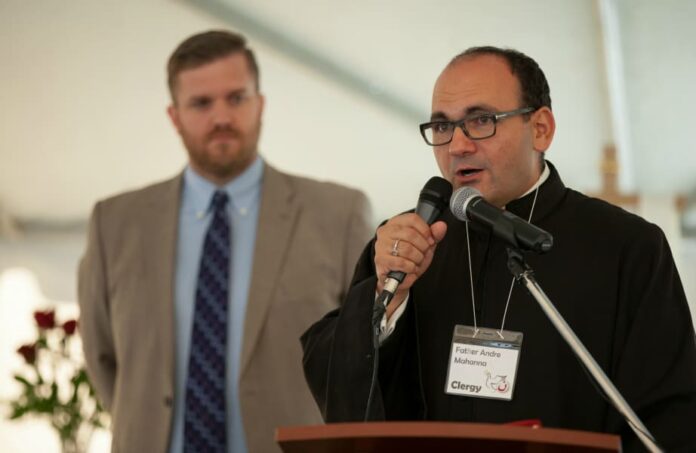 Father Andre Mahanna is a man on a mission — a mission of hope and mercy.

Though the primary function of the breakfast is to raise awareness of the dire situation in the Middle East, any funds raised will go directly to St. Rafka’s Mission of Hope and Mercy, an organization founded by Father Mahanna that provides aid to those facing persecution in the Middle East, as well as those displaced by violence and forced to flee as refugees.

“Our care is first for the Christians and then others who are persecuted,” Father Mahanna stated in a press release. “Not because they are a minority, but because they are on the frontline of a modern day genocide. They are suffering barbaric situations now, so they are, in fact, the true harbingers of what Americans should be aware.”

Archbishop Samuel J. Aquila will preside over the breakfast, which will once again boast attendance from a variety of local clergy. Those invited include local Greek Orthodox leaders, Protestant, Episcopalian and Evangelical pastors, and Muslim guests. Ecumenical relations are a priority of Father Mahanna, and he sought to gather an interfaith community to come together for the common goal of peace in the Middle East.

Two Syrian refugees will share their testimonies during the prayer breakfast, and Father Mahanna also intends to announce a fundraising campaign to benefit the Mission of Hope and Mercy in an effort to provide even more assistance to refugees and persecuted Christians in the Middle East.

“We have to help them, otherwise we will be at the mercy of terrorism, which has no mercy,” Father Mahanna said.

To learn more about St. Rafka’s Mission of Hope and Mercy, visit http://savechristianmiddleeast.org