Searching for wisdom in a confused world 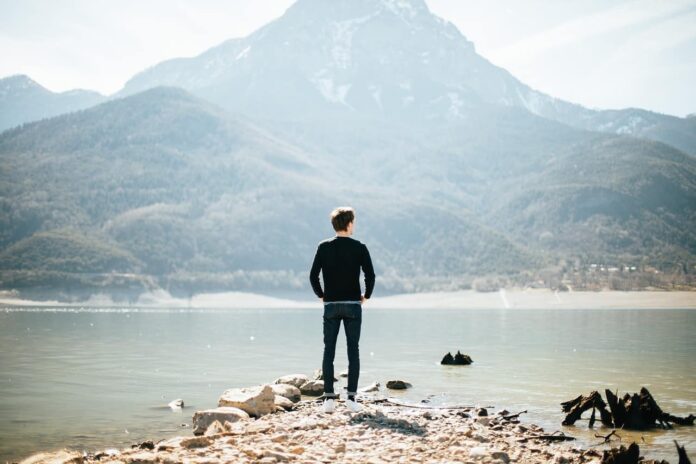 Jordan Peterson became an overnight celebrity with the success of his book, 12 Rules for Life: An Antidote to Chaos (Random House, 2018). A viral interview from January of this year with Kathy Newman of England’s Channel 4 News brought immediate attention to Peterson’s newly released book, which has sold over two million copies since its release. The interview proved emblematic of Peterson’s popularity for attempting to retrieve common sense and to push back against the ideology overtaking our society.

Why has Peterson proved to be so popular?  A clinical psychologist, who teaches psychology at the University of Toronto, Peterson addresses issues that people care about: finding meaning, relationships, parenting, and gender, to name a few. People are looking for a guide, they desire wisdom — knowing how to order and make sense of reality — and Peterson has offered some needed insights. He tells his readers, “Don’t underestimate the power of vision and direction. These are irresistible forces, able to transform what might appear to be unconquerable obstacles into traversable pathways and expanding opportunities. Strengthen the individual. Start with yourself. Take care with yourself. Define who you are. Refine your personality. Choose your destination and articulate your Being” (63).

This quote illuminates both the allure of Peterson’s writing, helping people to seek definition for their lives, but also its limits, as the definition of self he recommends lacks mooring. Writing from the viewpoint of secular psychology, Peterson can help us to reflect, but his 12 Rules for Life can come across as sophisticated self-help devoid of deeper wisdom. He engages the Western tradition, including the Bible, and offers a fresh, but ultimately unsatisfying, reflection of the stories that define our tradition. He does bring needed common sense, such as “stop doing what you know to be wrong,” (which should not even need to be said) but fails to provide answers to the ultimate questions that define meaning and identity (157).

Greater depth and wisdom can be found in Leon Kass’ Leading a Worthy Life: Finding Meaning in Modern Times (Encounter, 2017). Kass, a Jewish medical doctor and bioethicist, draws from his lengthy experience in science and teaching the Great Books at the University of Chicago to take us deeper into the human condition and point us toward a richer understanding of the human person — body, mind and soul. Kass, like Peterson, does not write from a religious perspective, but engages the same general themes and classic works, such as the Bible, though with a more convincing explanation of their meaning.

Kass’ book has four major sections, treating themes of love, human dignity, education and our higher aspirations. Kass guides us to reconsider the importance of the foundational goods of life — finding meaning in work and married life — as well as calling us to “the cultivation in each of us of the disposition actively to seek the truth and to make the truth our own” (256). We pursue this liberation by entering into the great tradition of Western thought, which provides an “education in and for thoughtfulness. It awakens, encourages, and renders habitual thoughtful reflection about weighty human concerns, in quest of what is simply true and good” (ibid.).

The thoughtfulness encouraged by Kass is needed more than ever to address the key concerns he raises: a collapse of courtship and marriage, biomedical challenges to the integrity of human nature, and a decline of citizenship. The first two themes share a common source in the “the rejection of a teleological view of nature,” which finds no intrinsic purpose in the human body or even life itself (54). Speaking of the threat of biotechnology and transhumanism, but in a way applicable to gender as well, he relates that “only if there is a human givenness that is also good and worth respecting — either as we find it or as it could be perfected without ceasing to be itself — does the given serve as a positive guide for choosing what to alter and what to leave alone” (149). We must learn to appreciate and cultivate the good of our nature, rather than manipulating and controlling it to our own demise. The same is true of our nation, as Kass, drawing on Abraham Lincoln, points to the need for “enhancing reverence for the Constitution and its laws” (377), as we appreciate, preserve and advance the heritage of our country.

Kass, drawing on his unique background, guides us through an integrated discovery of the good and points us toward the wisdom we need to live a worthy life.