Scouting in the balance 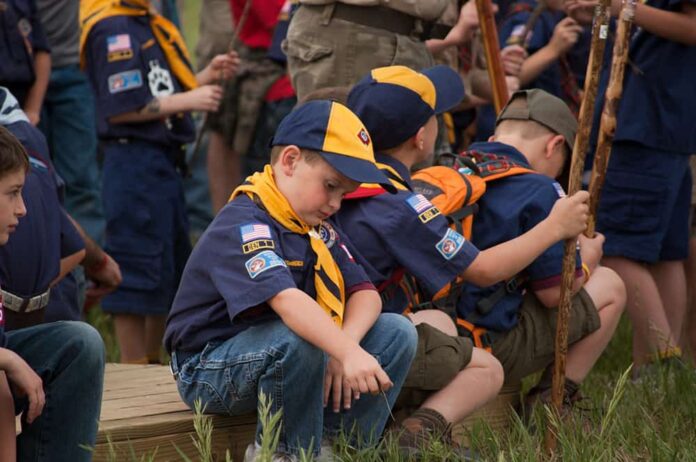 I was dismayed to learn this past January that the Boy Scouts of America decided to end their practice of more than 100 years that allowed only boys to be members. They did this by permitting transgender boys to join troops, that is, girls who struggle with gender dysphoria and are living as though they are boys.

The Boy Scouts of America also recently decided to allow boys and leaders with same-sex attraction as members. These decisions are social experiments that are rationalized away without accounting for the impact on the clear majority of boys who do not have gender dysphoria or same-sex attraction. Indeed, it is not hard to see that there will be lasting consequences for current and future generations of American boys as they try to understand their own sexuality in their formative years.

These decisions have been part of the Boy Scouts’ slow retreat in the face of the secular culture’s advancement of an LGBTQ agenda. At the same time, the Boy Scouts have insisted that they will allow Church-sponsored troops to only accept boys, to continue to run troops in accord with the faith, and to defend these scout units in any resulting lawsuits.

In response, churches who charter scouting groups have been faced with the difficult decision of whether to continue to be affiliated with the Boy Scouts of America. Some dioceses have decided to disaffiliate completely, while others think that, at least in the case of the Boy Scouts, adequate protections exist for affiliation to continue.

Many have asked what I have decided to do in the Archdiocese of Denver, since these decisions are contrary to the natural law and the Church’s teaching on sexuality. Before I answer that question, there are two points I want to make. First, discussions about sexual attraction, orientation, and lifestyle choices have no place in scouting. These are issues that parents need to address, both through their own example and by teaching their children. Second, the Church is absolutely committed to the dignity of the human person, the understanding of man and woman as made for each other, the virtue of chastity and the protection of children, especially from different forms of abuse, which includes enabling and/or encouraging gender dysphoria.

I have been contemplating the jarring words of Jesus about leading the innocent into sin. The Lord tells us in the Gospel of Luke, “Things that cause sin will inevitably occur, but woe to the person through whom they occur. It would be better for him if a millstone were put around his neck and he be thrown into the sea than for him to cause one of these little ones to sin” (Lk. 17:1-2). We must be very careful about the example and witness we give to others, especially children. To expose them to immorality and/or material inappropriate for their level of maturity, without the full knowledge and consent of parents, is scandalous to them and wrong for us. Doing so also contradicts two of the principles of the Scout Oath – doing our “duty to God” and remaining “morally straight.”

Despite these recent decisions, I also realize that the core elements of Boy Scouting remain praiseworthy and that hundreds of men and boys in the Archdiocese have been positively impacted by their Boy Scout formation.

While it would simplify matters to ask all scouting groups sponsored by parishes to disaffiliate from their respective national organizations, I decided to consult with those who lead many of the Cub Scout packs and Boy Scout troops of the Archdiocese. Following that discussion, I decided that such a decision could produce unfortunate consequences and fall short of presenting the courageous witness Christ calls us to give.

For over 100 years the Boy Scouts have provided meaningful formation that, to quote a scout master whom I recently met with, “transforms doofuses into leaders.” This formation is not limited to Catholic boys only. The troops and packs sponsored by our parishes are open to non-Catholic boys and leaders who desire to be part of the scouts and are not opposed to the Catholic character of the group. In effect, these troops and packs are not only forming Catholics, promoting virtue, but they are also sharing the Gospel with others, i.e., evangelizing. Further, I believe that disaffiliation, while it makes a strong statement, would make a winner out of the secular culture and its agenda, and losers out of the Boy Scouts and the Church.

While I fear that the Boy Scouts may make another decision that will necessitate disaffiliation, I am not going to move in that direction at this time. Instead, I am calling for all scouting groups sponsored by our parishes, including the Girl Scouts, to reinforce their commitment to forming boys and girls into virtuous Christian young adults.

Ultimately, the decision for a parish to charter or affiliate with a scouting organization falls under the authority of the pastor, who must weigh the risks this could present to his parish. I ask for all those involved in Catholic scouting to respect the decisions made by their pastors.

For those groups that are supported by pastors and who continue to be affiliated in the Archdiocese of Denver, I am establishing the following requirements:

• To present the best witness to scouts and anyone encountered in scouting activities, all leaders must adhere to the Code of Conduct of the Archdiocese of Denver, specifically:

o Have a positive and supportive attitude toward the Catholic Church, her teachings, and her work.

o Refrain from approving, promoting or engaging in any conduct or lifestyle considered to be in contradiction with Catholic doctrine or morals.

o Promote the dignity of the human person and expressions of human sexuality that accord with the natural law, and therefore with Catholic teaching.

• To promote the best possible environment for their formation, all scouts must:

o Have a positive and supportive attitude toward the Catholic Church, her teachings, and her work.

o Refrain from conduct or living a lifestyle considered to be in contradiction with Catholic doctrine or morals.

o Respect their own personal dignity and that of others.

It is my earnest desire that this decision will facilitate the promotion of all that is good and virtuous in scouting. Additionally, all of us need to pray for the strengthening of the moral foundations of our society, especially those institutions that provide formation to youth.

Finally, for those who are seeking acceptable alternatives to the Boy Scouts or Girl Scouts that capture the essence of scouting, I would like to suggest some organizations that currently are not problematic. They are: American Heritage Girls, Little Flowers’ Girls Clubs, the Federation of North American Explorers, Columbian Squires, Trail Life USA, and Fraternus. Information on these groups can be obtained from Michelle Peters in the Evangelization and Family Life Ministry office by calling 303-715-3252.