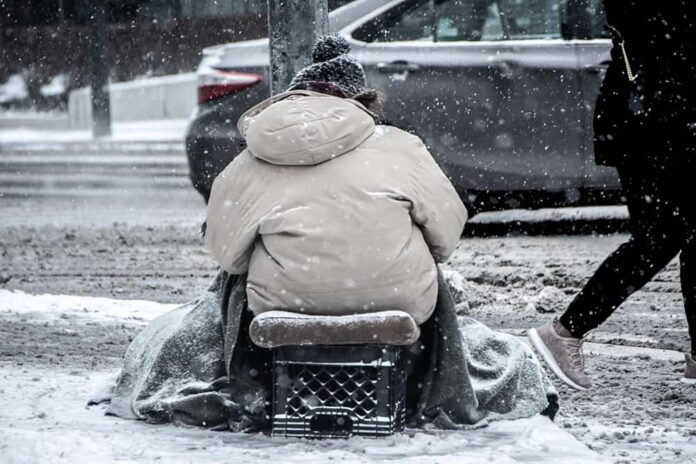 When a massive snowstorm ripped through Denver on March 13, residents took shelter in their homes, keeping warm and avoiding the dangerous conditions outside.

Those who didn’t have that luxury — particularly the city’s homeless — were left to face the elements. Although many sought shelter at the Denver Rescue Mission, the building lost power and left hundreds of women without electricity or heat.

The team at Samaritan House knew they needed to act.

“It’s just something you do as a service community,” said Mike Sinnett, Vice President of Shelter Services at Samaritan House. “You come together to take care of the less fortunate and those that are in need.”

Samaritan House opened its doors four hours earlier than normal to accommodate the women and shield them from the blizzard.

“We had women that came in, and they were just soaking wet,” said Lisa Cooper, Director of Operations at Samaritan House. “We had to replace all their clothing and get them warm.”

Sinnett explained how gracious the women were for the extra help.

“They’re dealing with a lot of challenges just being homeless,” he said, “and then you throw a storm like that on top of it — it’s very stressful.

“We just brought them in, loved on them a little bit, made sure they had hot chocolate and coffee and food to eat,” he said. “We got them out of the elements and got them in a nice, safe place.

“We do that every night,” he added. “But what made it more different was the fact that we had the elements fighting against us.”

Just a few hours later, the Denver Rescue Mission was still out of power and short on meals for that night’s dinner for the men it serves. The Samaritan House staff stepped up yet again and was able to provide the Mission with 450 meals.

“The Rescue Mission would’ve done the same thing for us,” said Sinnett. “That’s just the cooperation and partnership we have with them.”

On top of everything, Samaritan House, with help from the St. Francis Center and the city of Denver, was able to transport the women it serves to its Smith Road shelter, where space was made, and beds, cots and mats were utilized for everyone who needed a place to sleep.

Cooper explained that despite the treacherous weather conditions, staff members came up big — and did so with a positive attitude.

“Our maintenance guy shoveled snow for five hours straight and didn’t complain,” she said. “It was just amazing. There was nobody arguing — there was just people being present.”

Sinnett, who spent the day welcoming women at the Smith Road center, saw the same positivity both in the employees and the homeless.

“Everybody was smiling,” he said. “Nobody was stressed out. We knew we had a task ahead of us, but everybody had a ‘can do’ spirit, and we did it.”

Cooper was inspired by the work two different shelters with the same mission were able to accomplish together.

“It’s refreshing to know that we are now sincerely working as a team, and it really is a team effort to serve the homeless population of Denver,” she said.

For the Samaritan House team, it simply confirms why they do what they do.

“I’m really proud of my staff,” said Sinnett. “It just refreshes the reason we’re here, and that is to serve the poor and those in need.”