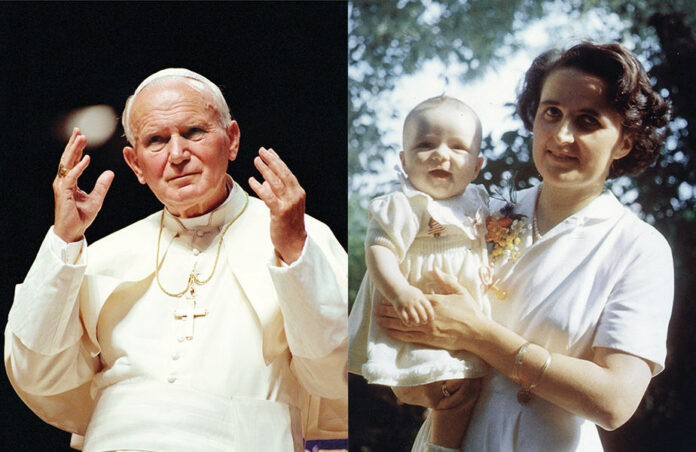 It’s not that often that bishops are able to announce the kind of good news I am about to share with you. As I write this column, the archdiocese is beginning the process of opening two new parishes in the Denver metro area in response to our growing population.

For some of you this isn’t news, since you are a part of the two communities – one in Thornton and one in Green Valley Ranch – that have come together to form the foundation for these future parishes. I am inspired to see the number of young families and faithful men and women who have committed to become a part of these new communities.

Before I reveal the names I have chosen, it’s important to explain some Church terminology that describes the phases of forming a parish. On December 3, 2017, these two communities will be designated as a “quasi-parish.” Prior to receiving this status, they were satellite locations of Immaculate Heart of Mary Parish and Ascension Parish.

With their designation as quasi-parishes, these communities will now have their own patron saints, statutes, pastoral and finance councils, keep their own sacramental records, and have an established territory within the archdiocese. Once these quasi-parishes are incorporated and demonstrate that they can sustain themselves, they will be recognized as parishes.

I have been praying for quite some time about what these two new locations should be named. As I brought this decision before the Lord, the importance of renewing family life and evangelization kept echoing in my heart, and so I have chosen two recent saints who exemplify those missions.

This coming August, the Church will be celebrating the 25th anniversary of Pope St. John Paul II’s visit to Denver for World Youth Day in 1993. Many observers have commented that this was a spiritual turning point for the Church in the United States. And certainly, it was a turning point for the Church in northern Colorado. During his visit, St. John Paul II challenged us to become saints, and for many, he became a father figure who was also their spiritual hero. Countless marriages, and priestly and religious vocations were born during those summer days in Cherry Creek State Park, and 25 years later we continue to see new apostolates created as a result of his leadership and love.

Not only did St. John Paul II inspire many people to take up the demands of the Gospel with joy and zeal, but he also gave the Church the gift of the Theology of the Body. As forces within our society work to dismantle the blessing, meaning and purpose of sexuality, the treasure that St. John Paul II gave us in the Theology of the Body increasingly reveals its value.

For these reasons, I have decided to name the quasi-parish in Thornton, “St. John Paul II.” The community that has been meeting for the last several months has gathered at Frasatti Catholic Academy and the archdiocese is working to purchase land in the vicinity to provide a site for the parish church.

As I mentioned earlier, the state of the family has been in my prayers, too. A couple years ago I came across some love letters that were written between an engaged Italian couple during World War II. That couple was St. Gianna Molla and her husband Pietro.

St. Gianna Molla was a doctor with a generous heart for the poor and a desire to share her faith. At one point, she even planned to join her priest brother in Brazil as a missionary, but her family’s concerns about her delicate health and the primitive conditions there dissuaded her. Since she couldn’t be a missionary, she focused her intense love for God and the poor on family life and the practice of medicine.

In reading the letters that St. Gianna and Pietro Molla exchanged, their love for God and each other is evident. She wrote to Pietro, “I really want to make you happy and be what you desire: good, understanding, and ready for the sacrifices that life will require of us.” Pietro responded, “I’ve read your letter over and over, and kissed it. A new life is beginning for me: the life of your great (and greatly desired) affections and of your radiant goodness.” Their love for each other was fed by their faith, which was often mentioned in their letters. Their spiritual depth was also apparent in their decision to prepare for their wedding by attending a “triduum” of Masses over the three days before their vows.

Besides her love for the faith, St. Gianna is best known for how she lived her final days. When she was pregnant with her fourth child, who would be named Gianna Emanuela, she learned that she had a benign tumor on her uterus. This condition was treated at the time by aborting the baby and removing the tumor. However, Gianna steadfastly refused an abortion and had only the tumor removed, knowing that the risk of a stitch becoming infected or breaking from being pregnant was quite high. She gave birth on Holy Saturday, but a few hours later she came down with a septic infection. St. Gianna died four days later at her home.

Because of her love for her family, devotion to the faith, and protection of innocent human life, I have decided to name the second new quasi-parish “St. Gianna Molla.” This community has been celebrating Mass at Omar D. Blair Charter School in Green Valley Ranch.

As the Church works toward establishing a permanent presence in these locations, I urge everyone in the archdiocese to pray for these communities, that they might imitate their patrons and continue to grow. I also encourage you to learn more about these amazing saints, who offer us examples that are especially relevant for our society today. Saints John Paul II and Gianna Molla, pray for us!