His Church. Our Experience.
Subscribe
HomeLocalA mine worth saving?
LocalStories

A mine worth saving? 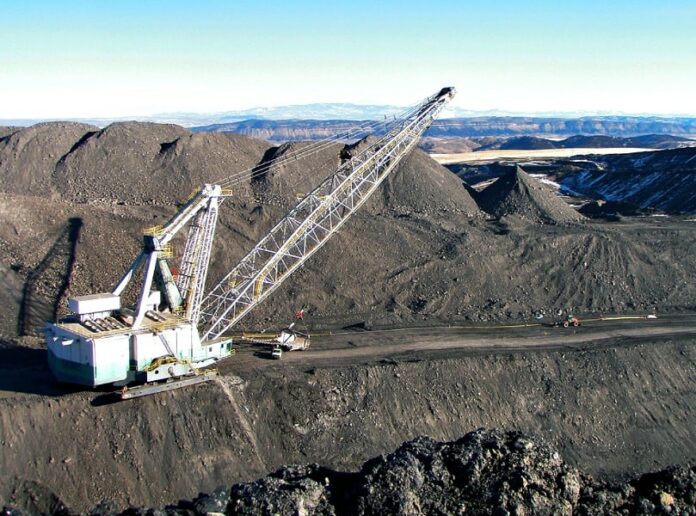 Brent Malley is a coal miner who says it’s his duty to be a steward of the environment, especially among an escalating fight over coal in northwest Colorado.

The 37-year-old plant operator works at the Colowyo Mine near Craig, a coal-mining town in Moffat County, targeted by the activist group WildEarth Guardians intent on banning coal.

Malley said his approximately 220 co-workers and the townspeople are speaking out against a lawsuit generated by activists that threatens to shut down the mine, which is a major source of energy for the state and has won awards for creating habitats and reclaiming mined land.

The town is one of many places finding itself at the center of dialogue on environmental responsibility as Pope Francis’ encyclical Laudato Si’: On the Care of Our Common Home was officially released June 18.

“What I read was (the pope) thinks we should be good stewards of the earth,” said Malley, who attends St. Michael Parish in Craig. “I completely agree, 100 percent. I believe it’s a sin to go out and to damage the earth and to not fix it.”

He said it’s a moral duty to be responsible and take care of God’s creation.

“I believe it is our duty as Catholics to go out and explain to people what we do (at the mine),” he said.

Father Jason Wunsch, parochial vicar at St. Michael, said it’s been a perfect storm of debate in Craig as the lengthy 184-page letter was released urging a discussion about solutions to a damaged earth.

“Already our community is hanging on by a thread,” he said. “It has an affect on everybody and the community.”

The debate is not only political and legal, but moral. Father Wunsch said he’s been speaking in homilies and reaching out to the community to discuss the moral implications of environmental responsibility. He said the Church has a voice in the matter.

“It’s a moral issue because it’s a gift from God, because it has a beauty, goodness and wisdom that reflects him. To destroy (creation) is to offend God,” he said.

Creation itself must be considered, but so must its impact on people.

“You cannot hurt the environment without hurting people,” he said.

In Craig, the townspeople fear the environment is made a higher priority by environmentalists who they feel assert nature above people.

Father Wunsch said there needs to be a balance. The ideology of the environmentalists is damaging and fails to recognize the order of creation—that humans are above animals and nature, he said.

“The environmental movement has become an ideology,” he said. “The pope, as well his encyclical, talks about this. They take an idea that nature is good and dignified but then impose it on reality, versus letting reality form our ideas. It’s imposing ideas before we even look at reality and it does damage to the human community.”

The prevailing ideology drove Wild-Earth Guardians to file a lawsuit and threaten the Colowyo Mine. In May, a U.S. District court judge in Denver ruled that the federal office overseeing the mine had 120 days to take another look at the environmental impact of the mine and gather public opinion on its expansion. If the U.S. Office of Surface mining fails to meet the judges’ request, the court could order the mine to shut down.

The town, whose local economy relies on the mine, reacted with concern about job loss and the impact on energy supply. The Colowyo Mine supplies the CraigStation, one of the largest coal-fired plants in the area with the capacity to produce 1,303 megawatts of electricity, which is enough to supply demands for 1 million people in Colorado and neighboring states.

The mine is one of the most responsible in the nation, receiving recognition for having one of the lowest violations-per-inspection-day rates in the United States’ coal industry and a record of no environmental notices of violation resulting from inspections, according to Drew Kramer, public affairs manager of Tri-State Generation and Transmission, the parent company of the mine.

But Craig’s residents could learn from the Church and the encyclical by thinking beyond their town, Father Wunsch said.

“We shouldn’t wait for a crisis point in our community to act at all,” he said, adding that the town could focus on recycling more often.

“People in Craig could be more Catholic in being more concerned for the world,” he said. “We have to be concerned with the poor.”

Malley said everyone has a responsibility to act consciously.

“This is our backyard here in Moffat County and we take this seriously,” he said.

The story of Craig and the debate over coal was heightened after the release of Pope Francis’ encyclical. Colorado Public Radio interviewed Father Jason Munsch and Brent Malley for a story about the Catholic perspective on ecology and environmental responsibility. Read wider coverage of the discussion here.