His Church. Our Experience.
Subscribe
HomeLocalRogue One’s Chirrut and Baze are not a couple
LocalPerspectiveOpinion

Rogue One’s Chirrut and Baze are not a couple 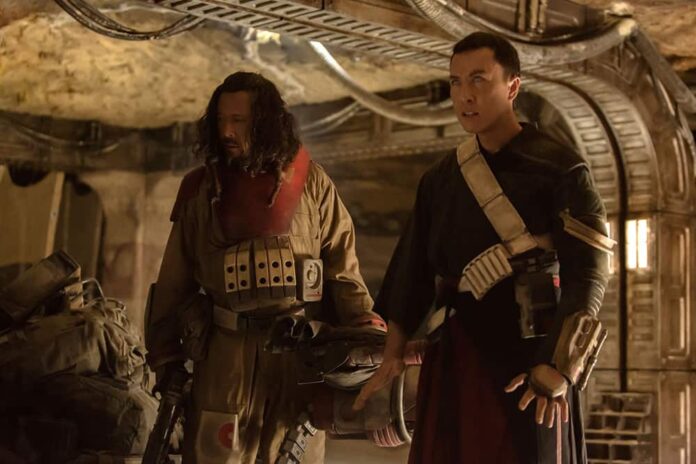 Father Ryan O’Neill is the vocations director for the Archdiocese of Denver.

In the movie there is no evidence of any physical affection between Chirrut and Baze. We never hear them calling each other pet-names or nick-names like most lovers would do. And they never talk about a common life together beyond their common mission as Guardians of the Whills.

I propose that Chirrut and Baze are friends—may I go so far as to say they are intimate friends—but that their friendship is not based on physical attraction, but rather on a common unchanging purpose.

In fact, I think Chirrut and Baze are good role models for what ails our society. To begin with, it is fruitless to try to understand these characters without a religious lens. They are both Guardians of the Whills in the Star Wars universe, which means they are attached to the religion of the Force. Chirrut is a monk, and as far as we can tell Baze is a disillusioned monk. I don’t have to try very hard to convince anyone who has seen this movie of Chirrut’s faith in the Force. Baze even makes fun of Chirrut for praying while they are locked in jail cell. And not to mention Chirrut is blind, an obvious symbol most world religions use to describe the life of someone who believes in a higher power.

It seems more likely to me that Chirrut and Baze are friends because of their common love for the Force and the temple of Jedha. They both believe in something greater than themselves and they were both drawn to become warrior monks in service of the temple in Jedha and to promote the Light side of the Force throughout the galaxy. They grew closer as they found that they both had a common unchanging purpose in love and service of the temple in Jedha.

Loneliness is increasing in the world, and we are told that more sex is the answer. I disagree. We are lonely because we have acquaintances and sexual partners, but very few intimate friends.

Our society is starving for true intimacy, and when I say intimacy, I do not mean sex. True intimacy is sharing my deepest thoughts, feelings, and desires with another person. What we all really want is true intimacy with others—a deep sharing of our hearts. One way to achieve this desire is to begin establishing relationships based on a common purpose.

The more we tend to make every intimate relationship a sexual relationship the more self-absorbed and less free we will become. I propose we consider the model of Chirrut and Baze, who love each other as friends, founded on a common purpose of service to the Light side. This frees them to be intimate with each other in a manner that is only possible if there is a higher power or greater cause that both men worship and seek to serve. If their relationship becomes self-absorbed and all about “us”, then it will quickly devolve into using the other person for his own emotional or physical pleasure.

I would also suggest that in the real world there are many examples of healthy friendships between persons of the same sex that are not homosexual in nature. For example, there are many Catholic priests who are living in this kind of intimacy with their brother priests. And I would even dare to say that there are people with same sex attraction who have taken Jesus’ call to chastity seriously and are living in a healthy non-erotic intimacy with their friends. Not only is it possible, but it’s urgently necessary.