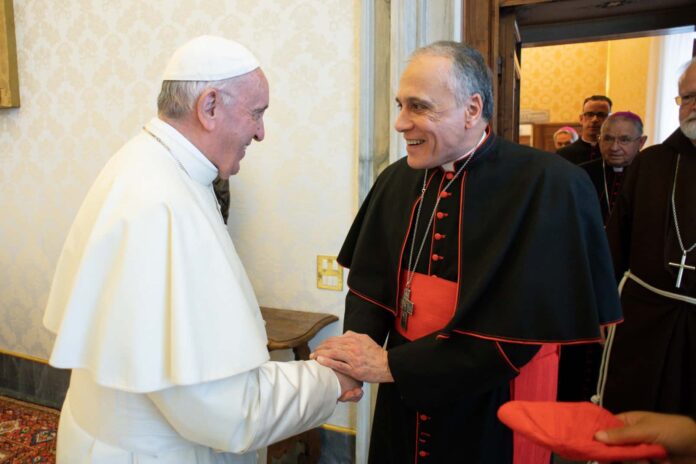 Pope Francis’s recent motu proprio on sexual abuse, Vos estis lux mundi [You Are the Light of the World], was a welcome addition to Church law, as world Catholicism seeks to heal the wounds of abuse victims, promote chaste living, foster mutual accountability within the Body of Christ, and restore the credibility of the Church’s leadership. The response to the motu proprio by Cardinal Daniel DiNardo of Galveston-Houston, president of the United States Conference of Catholic Bishops, ably summed up that document’s achievement:

“Vos estis lux mundi calls for the establishment of easily accessible reporting systems, clear standards for the pastoral support of victims and their families, timeliness and thoroughness of investigations, whistleblower protection for those making allegations, and active involvement of the laity. It also leaves latitude for national bishops’ conferences, such as the USCCB, to specify still more to account for local circumstances…Vos estis lux mundi…[is] is a blessing that will empower the Church everywhere to bring predators to justice, no matter what rank they hold in the Church. It also permits the Church the time and opportunity to bring spiritual healing.”

The motu proprio is also a vindication of the Church in the United States and its bishops. Many of its provisions for handling abuse cases have been common practice in the U.S. since 2002 (and in some American dioceses, earlier than that). Amidst the frustration that has boiled over here this past year, too many American Catholics, misled by irresponsible reporting or grandstanding by state officials, may not realize that the Church in the United States has been a world leader in addressing the sin and crime of clerical sexual abuse. This leadership has not always been welcomed, in Rome and elsewhere. But much of what was pioneered in the United States is now universal Church law. By making abuse-reporting obligatory and providing canonical protection for clerics reporting abuse, Pope Francis has improved on the American achievement of the past decade and a half.

As Cardinal DiNardo noted, Vos estis lux mundi not only universalizes strong legal and procedural norms for dealing with clerical sexual abuse; it also allows, and might even be seen to call for, creativity on the part of national bishops’ conferences to build on the foundation Pope Francis has laid. That “latitude for national bishops’ conferences…to specify still more” should now be utilized by the U.S. bishops at their June meeting: to honor the Pope’s invitation to devise particular solutions for particular situations, according to the Holy Father’s principle of “synodality”; to meet the expectations of the most dedicated, committed Catholics in the United States; and to offer the world Church further models to consider. Vos estis lux mundi, like the particular Church law in place in the United States since the abuse crisis of 2002, deals primarily with sexual abuse by priests. The next steps in this process of Catholic reform involve devising mechanisms for guaranteeing episcopal accountability, in terms of both a bishop’s personal conduct and his handling of abuse allegations in the diocese entrusted to his care.

1. Lay Catholics — presumably the archdiocesan review board of the province in question — must be informed of an allegation against a bishop, from the point at which that allegation is made to the metropolitan archbishop. Such a requirement embodies the principle of mutual accountability within the Church while protecting the metropolitan archbishop from any future suggestion that he is burying an allegation to protect a brother bishop.

2. Competent and discreet lay professionals should be involved in the investigation of any allegation against a bishop.

3. It must be guaranteed that, when the entire process has been completed in the U.S. and Rome, and a decision reached, there will be a public explanation of the decision and the rationale for it, perhaps released through the relevant archdiocesan review board.

Adopting these provisions in June will accelerate the healing of a wounded Church and enhance the bishops’ credibility, while heeding the Pope’s call for local creativity.

Share
Facebook
Twitter
Linkedin
Pinterest
Email
Print
Previous articleNew Vatican norms against sex abuse build on policies mandated by the Archdiocese of Denver in 1991
Next articleWell done, good and faithful servants: Honoring our priests for their years of service