His Church. Our Experience.
Subscribe
HomeLocalResponding to the “Mass” Exodus
Local

Responding to the “Mass” Exodus 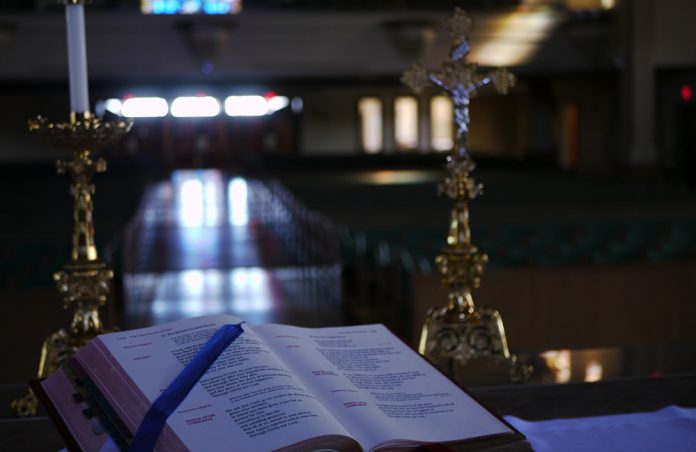 The Catholic Church, along with every major Protestant denomination, has witnessed a precipitous decline in Church attendance. This slide, set off during the 1960s, has accelerated with the rapid rise of the “nones,” Americans claiming no religious affiliation. We could wonder, has the bottom fallen out with this huge exodus? Or put more theologically, has Christ abandoned his Church? Moments of crisis test us, calling us to exercise great hope and trust in the Lord’s providence. Even though Jesus told us that he will never abandon us, he also calls us to do our part. We are not simply helpless in the current freefall. We can assess why things have gone off track and then adjust, focusing our attention on what can help us reverse course.

In taking stock of the crisis, Stephen Bullivant traces the steps of our decline for us, drawing together the many contributing factors, in his book Mass Exodus: Catholic Disaffiliation in Britain and America since Vatican II (Oxford, 2019). Bullivant describes the major forces —both internal and external — that have combined to form a perfect exit storm. Huge cultural changes certainly set the backdrop. One surprising example stems from the breaking up of ethnic Catholic enclaves in cities in favor of the more isolated and anonymous suburbs. Alongside of unprecedented upheaval in society, confusion also reigned for decades in the Church following the Second Vatican Council, which stemmed from a revolution in worship, conflicts over morality, a collapse of catechesis and a flight from the priesthood and religious life — all leading to general turmoil. More recently, revelations about the cover up of the sex abuse crisis and a growing distance between doctrine and society have alienated even more Catholics.

It’s been a rough 60 years, with so many self-inflicted wounds. Since the early 1960s, when 75% of Catholics attended Mass regularly, there has been a steady, annual decline in attendance to less than 25%. Catholics went from having clear identifiers of belief and practice within a strong community that anchored a whole way of life to a very changed landscape with few demands, incentives or cultural practices to support faith. The drift of Catholics to other churches or to no religion at all, Bullivant explains, should be seen in terms of an identity crisis, with every element of Catholic belief and practice seen as up for grabs (178).

People need God — we simply cannot be truly happy without him — and so must reach and serve our own people more effectively. Bullivant sheds light on this effort too, pointing to what worked before so many left. Catholic parishes of the past offered a “close-knit community-life,” augmented by a “richly elaborate devotional” practice (88). In fact, respondents to many recent surveys sought greater community and simply could not find it at their parish. Keeping Catholics active in the faith involves more than just Mass attendance. In particular, people remain much more engaged when there is social integration into the parish and meaningful ties to other parishioners (95). Parishes of the past also provided opportunities to see the faith lived in meaningful ways, through something Bullivant describes as Credibility Enhancing Displays (CREDS) — actions and practices that manifest belief, often involving sacrifice (102). CREDS, such as nocturnal adoration, the Friday penance and processions, make faith come alive by drawing it into daily life.

What can we do differently to stop the “Mass” exodus? For one, we should focus on evangelization first — sharing the good news of salvation in relationship with Christ. Without a living faith in God, why would anyone care to listen to information/rules from the Church or come for worship? To grow in the faith, mentorship has been found much more effective than instruction (particularly when done by parents). If the classroom has been the model for catechesis in the past, we now need to think much more in terms of apprenticeship. We need a more dynamic approach — banding together with a motivated mentor and peers, sharing life together, living the faith actively and serving others. It is time to move out of the classroom in favor of small group settings (preferably in the home), which are more ideal to personally engage content. Mass has become a lost treasure, and to help people rediscover it, we must build a stronger community to surround it.

Looking back reveals that Catholics have assimilated into our culture, influenced more by its ethos and priorities. To reengage the lost faithful, we need to communicate a compelling, imaginative vision of what it means to be a Christian in the modern world and why life will be better if we accept this vision and live within it. For the faith to stick, it must be woven into the very fabric our lives and supported by community. Only if we help Catholics to accept and internalize faith and live it every day of the week can we prevent them from becoming another statistic within the legion of “nones.” Catholics may have left in a mass exodus, but the return will happen by engaging our lost brethren one at a time.

Photo by Adam Boyle on Unsplash