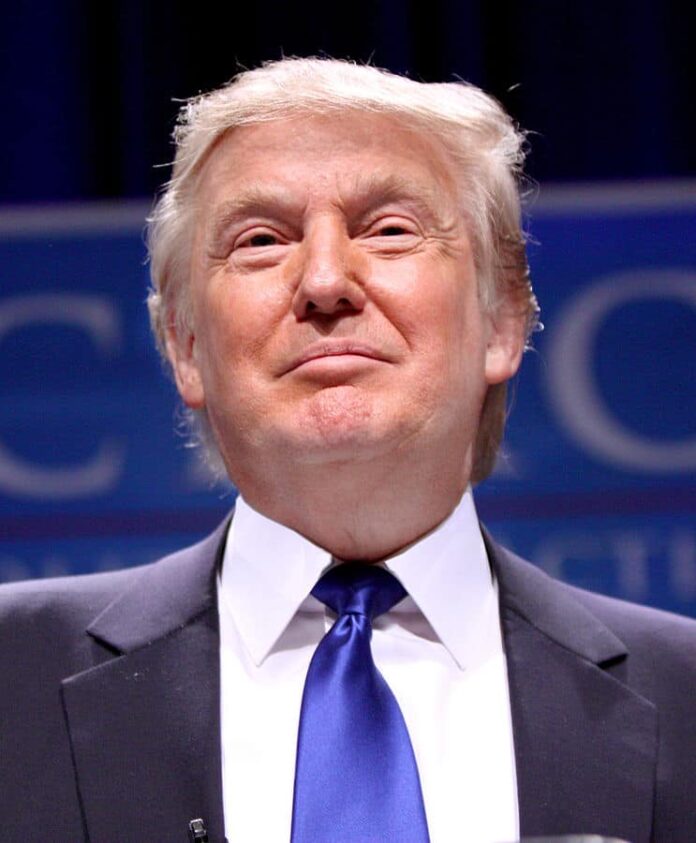 You’ve got to have a good memory for mid-Sixties pop music to remember the Seekers, an Aussie quartet that once vied for the top of the British charts with the Beatles and the Rolling Stones (and did quite well here in the U.S., too). But this isn’t a pop culture quiz; it’s a reflection on our increasingly disturbing 2016 presidential election, with a little help from, yes, the Seekers.

Why? Because it struck me last week that their 1965 hit, “A World of Our Own,” written as a bit of Sixties romantic whimsy, might well serve as the theme song of the 2016 Trump campaign. For readers under sixty, here’s the refrain:

We’ll build a world of our own

All our sorrows we’ll leave far behind us there.

And I know you will find

There’ll be peace of mind

When we live in a world of our own.

The notion of America as a refuge from the world’s harsh realities has a long pedigree in our national cultural history. It took its most dangerous form in the 1930s, when isolationism so paralyzed American politics that Hitler almost won the world empire he sought. Today, that impulse to “build a world of our own” seems to be driving the Trump campaign, which is long on emotional appeals to making America great again, and very, very short on specific policies for achieving that goal. Yet Mr. Trump’s appeal to a narrow idea of American exceptionalism, married to an unblushing demagogy about “the other” that he deploys with a vulgarity that would have gotten a child’s mouth washed out with soap once upon a time, clearly appeals to voters who are mad as hell and determined not to take it any more.

To be sure, those voters include good people and there’s a lot to be angry about. The Great Recession has led to the Great Stagnation. Globalization has disproportionately clobbered working class people, and defenders of free markets have done too little to address their legitimate grievances. Racisms of various forms are back, polluting the public atmosphere in the most racially egalitarian country on the planet. Political correctness chokes off free speech and corrupts education. It’s scandalous that neither major party can address immigration policy with prudence and compassion. And that’s before we get to the fact that, thanks to Obama administration fecklessness, the next president is going to face the most dangerous world situation since 1947.

So by all means, fellow-Americans, be angry. But please don’t channel that anger into support for a candidate who is utterly unfit – by character, by wit, or by life experience – to lead America for the next four years.

Catholic affection for the United States has been based in large part on the story of the U.S. as a political community in which the sphere of common care and protection is an expanding one. We’ve been drifting away from that noble inclusiveness in recent decades, most lethally because of the abortion license. The toxic identity politics of the moment is also fragmenting the country, just as our popular culture has become so debased that it can no longer sustain an “us” that’s larger than a “me.” There’s plenty of blame to go around for this meltdown. But the point to be emphasized just now is that Donald Trump, far from offering a compelling remedy for American fragmentation, is exploiting it with a demagogic energy and a package of authoritarian prescriptions not seen since the heyday of Huey Long, fictionally immortalized in All The King’s Men.

There is nothing remotely Catholic about the Trump sensibility. There is nothing in Mr. Trump’s record or his current campaign to suggest that he gives a fig for the life issues, for religiously freedom in full, or for the constitutionalism that is America’s unique expression of Catholic social doctrine’s principle of subsidiarity. Rather than lifting us above anger to renewed common purpose, Mr. Trump is dragging our politics even deeper into the muck, impeding a serious conversation about freedom’s relationship to self-command – about greatness rooted in virtue.

There are alternative ways to register one’s discontent than by voting for Donald Trump. Serious Catholics will act on those alternatives.