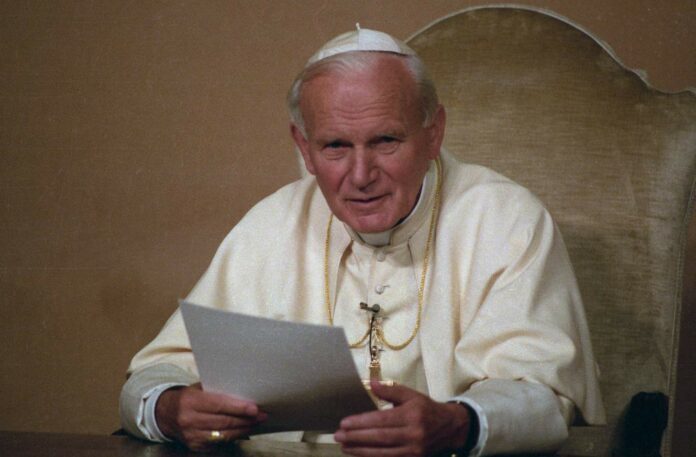 When teaching college students a few years ago, I was shocked when I asked my students to tell me what they knew about Pope St. John Paul II. It wasn’t much. We went on to read George Weigel’s definitive biography of John Paul, Witness to Hope (Harper Perennial, 2004), and the students were blown away by the greatness and compelling life of the Pope. The class made me realize how quickly the memory of even monumental figures can fade away if we do not work deliberately to continue their legacy.

The first place to begin “getting to know” John Paul better would be Weigel’s biography, mentioned above, along with the sequel, The End and the Beginning: Pope John Paul II — The Victory of Freedom, the Last Years, the Legacy (Random House, 2010). In addition, I would recommend John Paul’s interview book, Crossing the Threshold of Hope (Knopf, 1995) and his trilogy of greatest encyclicals: Fides et Ratio, Evangelium Vitae, and Veritatis Splendor. The great Pope left us an enormous legacy of writings to explore, but especially relevant now are his “Letter to Families,” Familiaris Consortio (an exhortation on the family), and the Theology of the Body.

For those looking go deeper in their knowledge of John Paul, three new books can help us to remember and continue his great work for the renewal of Church and society. The final volume of a tryptic of the Pope, Weigel provides a memoir of his interactions with John Paul and an account of how he became his biographer. For those who love Witness to Hope, Weigel provides a fascinating account of how the book came about, tracing his work within the Vatican, Poland, and across the world. It narrates his own story as seminarian, lay theology student, writer, and his activity in politics, including writing speeches for a leader of the pro-life movement in Congress. His work caught John Paul’s attention, especially his book chronicling the Church’s role in the fall of Communism, The Final Revolution. Weigel gives testimony to the providence that prepared him to write John Paul’s biography and the friendship they developed in their common witness to the hope that comes from Christ.

Paul Kengor, The Pope and a President: John Paul II, Ronald Reagan, and the Extraordinary Untold Story of the 20th Century (ISI, 2017) This book traces not only the remarkable working friendship of Regan and John Paul, but narrates the entire story of the struggle between European Communism and the Church. Surprisingly, the book’s common thread comes from Our Lady of Fatima, predicting Russia’s errors and uniting the faithful in prayer, as well as guiding not only John Paul but also Reagan. The two men recognized their providential role in what Reagan called the Divine Plan to end Communism in Europe. Portraits of many other key characters (on both sides) emerge: Stalin, Pope Pius XII, Roosevelt, John F. Kennedy, Bishop Fulton Sheen, and Gorbachev. Kengor presents extraordinary connections between the two figures: both were actors, deep men of prayer, survived assassination attempts only months apart, and played key leadership roles in the world. The book presents ground breaking research to make a compelling and undeniable case that the two great men worked together closely and succeeded in bringing freedom to Eastern Europe. This book gives us inside access to John Paul’s prayer life by presenting notes of his regular retreats from his time as a bishop through most of his papacy. It’s somewhat misnamed, as the book consists in his notebooks responding to the retreat material, not a normal diary. It reinforces what we know about the Pope: his strong focus on the Eucharist, his Marian spirituality of uniting our intentions to her fiat, and his concern as a bishop for the evangelization of his people. There are many gems, such as the following: “The most appropriate effects of the redemption in the human being are deeds that stem from it – deeds that through Mary are rooted in Christ, through one’s belong it Her, and that are simultaneously in accordance with Christ’s law, with His gospel” (10). The book will not disappoint those looking to enter more deeply into the spirituality of John Paul.