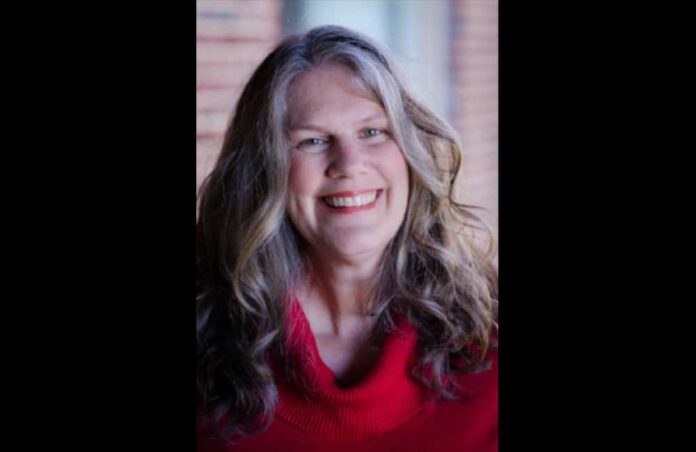 Faith and politics often lead the list of topics people would rather avoid at social or family gatherings. And yet, it is precisely in the crossroads of these two realities that the Church asks Catholics to give active and faithful witness to Christ. For citizens, one of the opportunities to do so presents itself in the electoral process. But, what does this look like for a Catholic running for office?

Kimberly Hahn, renowned Catholic convert, author, wife, mother and now politician, shared with the Denver Catholic her approach and experience of meddling in politics as a Catholic — ahead of her presentation at the John Paul II Lecture Series in Denver on the intersection between faith and politics Feb. 13.

After retiring from 26 years of homeschooling her children, she was wondering what she would do next. Her husband, Scott, suggested, “Maybe it’s time for politics?” She launched her campaign and has served as Councilwoman-at-Large of Steubenville, Ohio, for nearly four years.

The interview has been edited for conciseness and clarity.

Denver Catholic: How do you approach politics as a Catholic in the political world?

DC: What principles guide your approach to political solutions?

KH: First and foremost is the dignity of the human person. I brought this into campaigning by knocking on almost 8,000 doors and we only have about 8,500 in Steubenville. People said, “Don’t waste your time, most of them aren’t registered; and the ones that are would never vote for you.” And I said, “Whether or not they vote for me, I would still represent them, so of course I still care about their circumstances and their concerns.” Bringing the question of whether this is going to further how I communicate the dignity of each person as I approach legislation is important.

Then, the principle of solidarity — that we’re in this together. It’s not enough for me to simply focus on my marriage and my family. Maybe as a young mother the only thing that I could do politically was to pray, and that is very important. That may be all some people can do in their state of life. But as that state of life changes, there can be new ways in which you are involved in bringing the Lordship of Jesus Christ to bear in your society.

The fourth principle is the common good: What is good for the whole should be good for the parts. So, am I going to be a good steward of the people’s money? Do I take clearly the accountability that I need to give to the people of this city that when I take your money through the legal means of taxation, I’m accountable to you for how we are using that to solve the problems we can solve, that individual families cannot solve?

DC: What difference does faith make when you are involved in politics?

KH: I believe that God wants to give us assistance in solving very practical problems. So, if the gifts of the Holy Spirit include things like wisdom and understanding, counsel and fortitude, I can ask the Holy Spirit to give me those gifts applied to water and sewer. I think that politics is one of those intersections between faith and life, and we want to understand that God is concerned about all the details. We can honor him in the smallest ways.

DC: Some Catholics prefer to treat religion and politics as separate spheres that should never intersect. What would you say in that regard?

There are issues on which there is still a lot of conversation and there isn’t “the Catholic way” of approaching them, but the Church has been clear that life is to be protected from conception to natural death, and to support politicians who fundamentally reject life in the womb is not a tenable position for a Catholic.

DC: We have seen Catholics in office be pressured to leave their religious beliefs behind. What room is there for religion in U.S. politics?

KH: I think there is a lack of understanding historically of why we have the Bill of Rights. It was not to say religion has no place in the marketplace of ideas, it was to say that the U.S. government was not going to sanction one religion and force it on the people. The phrase “Separation of Church and State” is not even found in the Constitution. So, I think it’s a complete misapplication and a twisting of religious freedom.

I think we’ve misunderstood what the founders intended, and we need to really rethink this, especially in recognition that atheism itself is its own religion; and so really, aren’t they actually imposing their religion on us? But regardless of whether or not we pursue this legally, individually, we will stand before our Lord and account for how we voted, who we supported, how we spent our funds.

KH: I would put it out there and say, “Is God putting it in your heart to run for office, to serve God and to serve the public?” Because I think it is public service, and it is sacrificial. People will not always understand you and will criticize freely, so you have to know clearly who you are and why you think the way you do, what are the principles guarding you; and you need to pray for the grace to not be prideful, so that if you make wrong decisions, you humble yourself and ask for forgiveness. If you bring all of that to bear, it’s a great witness, it really is.

We need more good people to step forward, people with a compass, people understanding the principles of leadership and service. If that’s what’s on their heart, I would say, “Throw your hat in the ring.”

The intersection between faith and politics