His Church. Our Experience.
Subscribe
HomeQ&AQ&A: We must teach young people the value of suffering
Q&A

Q&A: We must teach young people the value of suffering 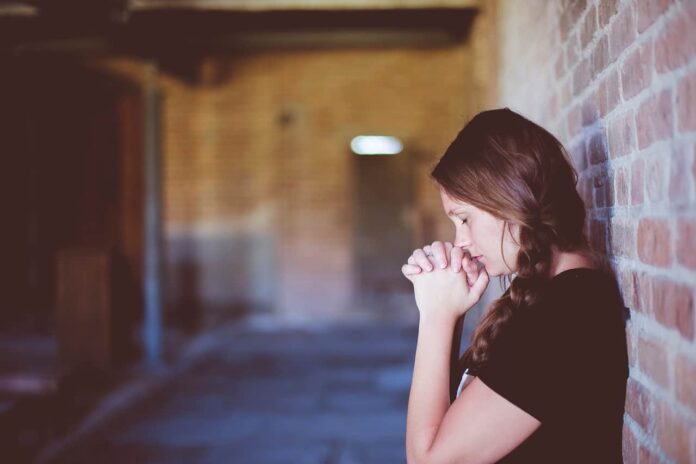 Father Peter Cameron, OP, spoke to the Denver Catholic about his upcoming presentation for the St. John Paul II Lecture Series in Denver April 9, titled “Evangelizing Youth Today.” Father Cameron is the founding editor-in-chief of Magnificat and currently serves as the Director of Formation for Hard as Nails Ministries, a nation-wide apostolate for young people. The interview has been edited for brevity.

Denver Catholic: Based on your experience, what would you say are some of the greatest needs of young people in the Church in the United States?

Father Peter Cameron: I would say one of the greatest needs facing young people in the United States is loneliness. Loneliness isn’t simply the result of being without people in our lives or being solitary. It’s possible to succumb to loneliness when we have people around us, when we have family. Part of the problem comes from the fact that young people don’t have someone to give them that gaze of love and appreciation, and similarly, they have no one that maybe listens to them.

Sometimes young people can be carrying very hefty burdens and even their best friends don’t know what they’re going through. These issues are never talked about and these young people feel completely isolated with this burden that they’re forced to carry along. I think that’s really the principal issue. In reading the document of the Synod on Young People, I noticed that that was one of the principal concerns listed, as well.

DC: What aspect from the Synod on Young People do you think can be especially useful in evangelization?

FPC: One of the points is that nobody can evangelize a young person like another young person. As the document points out, when young people speak about their experience, it is something that can’t be discounted or debated. So, if evangelization starts with presenting arguments or theological judgments, it’s possible that people will not pay attention. But when someone speaks about their own sufferings, how they overcame them, how that led them to Jesus Christ, etc., this is something that nobody can gainsay.

And secondly, that it is important to implement new methods for listening to young people. It means being willing to suffer with them and not be intimidated by their problems. I think there’s a tendency to give up too easily on  young people because of their struggles. But I think the job of the modern-day evangelist is primarily to walk with the person and love them, bring them to the awareness that they’re amazing, that they’re valuable, not because of what they have or what they have accomplished, but simply because God has loved them into existence, that the person is a child of God and there’s nothing anyone can do to ever change that.

DC: How does the Hard as Nails Ministries carry out this mission of evangelizing youth so successfully?

FPC: The Hard as Nails Ministries is a national evangelization apostolate with a special outreach to young people, and particularly young people who are suffering, especially from anxiety, depression, bullying, being marginalized, addiction, etc.

What Hard as Nails has been doing since 2002, through the founder Justin Fatica, is going to people who are suffering, suffering with them and giving them a chance to voice their challenges, and then we teach them how to suffer well and give them the assurance that their suffering has a value. People will leave some of our events feeling grateful for the suffering in their lives. We want to bring people to the Cross of Jesus Christ and help them see the good in suffering.

We also have the Hard as Nails missionaries, who are 18- to 20-year-olds, who sacrifice a year of their lives and undergo a very rigorous formation: spiritual, pastoral, human and even physical — all of this geared to being able to stand in front of young people and to love them, care for them, listen to them, and teach them a way of embracing their suffering through a life of faith, a life of prayer, that they themselves model.

When they have gone through their training, they come out very well-equipped for going on the road and taking on any group of young people that is willing to listen to them, whether it be a public or Catholic high school, or a confirmation group. We call them Carmelite Marines because they pray nearly three hours a day and they’re very well versed in ways of prayer and Scripture, but they’re also tough and actually thrive on being rejected and humiliated. EWTN was so entranced by the Hard as Nails approach to evangelization that they produced a television series a few years ago called “You are Amazing with Justin Fatica,” which still runs on the EWTN website and on YouTube.

DC: What are some of the greatest fruits you have seen from this ministry?

FPC: Sometimes, on the spot, young people will admit suffering, pain, hurt or brokenness that they’ve never been able to talk about before, and you can just see the weight being lifted from them. We know it’s real because a major aspect of the Hard as Nails approach to evangelization is a very extensive follow-up program that provides everyone who comes to the ministry with a customized Hard as Nails Bible, containing the fundamental knowledge and Catechism needed for living a life of faith. Most importantly, the young people are taught to stay together as Catholics through a spiritual exercise developed by Hard as Nails called “Passion,” in which they share about their lives in a group, and then read the Gospel and reflect on it in the light of what people have shared. One of the greatest fruits is that these Passion groups now exist in various parts of the country. And there are young people who are in them and who are running them.

FPC: I give a lot of talks to priests and they are very often fatalistic about the possibility of evangelizing young people. And I think that they consider the lure of the world to be greater than anything that we or the Gospel can propose to them, and it’s simply not so. Once a young person is paid attention to and their dignity is shown to them and they’re cared for, something breaks open and you just see them radiate. It’s not difficult to do that with a young person. So, I hope that the talk will be an encouragement to anyone who listens to it to be certain that they can be that message of grace for youth, especially those who are suffering — that the love of Jesus Christ that we have is exactly what they’re waiting for, and that we’re courageous, authentic and obedient enough to offer it to young people.