His Church. Our Experience.
Subscribe
HomeLocalQ&A: Signs to look for, ways to help youth with mental health...
LocalQ&A

Q&A: Signs to look for, ways to help youth with mental health or substance issues 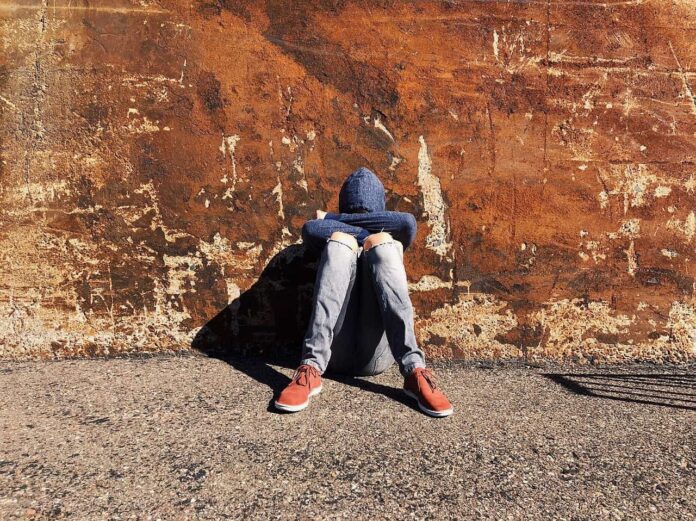 Last year, spurred by suicide clusters among middle- and high-school age youths, the Colorado Attorney General’s Office released the results of a study that notes substance use and abuse, as well as depression and anxiety, were commonly discussed risk factors contributing to suicidal behavior in youth. A 2018 report by the Colorado Health Institute shows suicide is a leading cause of death in the state for those ages 10-24. Mark Sanders, a licensed professional counselor and certified addiction counselor with St. Raphael Counseling, recently spoke to the Denver Catholic about mental health and addiction issues in youth and what parents can watch for and do to help their young people. His comments have been edited for space.

Denver Catholic: You’ve explored improving mental health and substance use treatment, share one tip toward that.

Mark Sanders: No matter how old a person is, but especially with adolescents, it’s important to include the family in their treatment. Say a parent catches their kid drinking or smoking pot, often their reaction is, Put them in treatment — then they plop them back in the family. A lot of times that doesn’t work very well. There’s a relationship between the youth and their parents, siblings and friends. To do effective treatment, you must change the patterns of how they interact with those others. That is more effective than just addressing, What can you do when you have a craving? That’s important, but for long-term success there has to be a family component. It’s not as simple as, All you need to do is stop using pot. There could be an underlying mental health issue that is leading the adolescent to those behaviors.

DC: Address the importance of including a spiritual dimension in treatment.

MS: Many secular mental health treatment centers are hesitant to talk about spirituality, but if you investigate the suicide rates or anxiety rates among adolescents it is obvious that in our culture our kids are looking for something more. They are trying to fill something. On some level they understand that our wacky consumerist culture isn’t enough to fulfill them. I see that very much in addictions — I see that as a spiritual issue. And it’s not just alcohol and pot use, it’s also technology (social media) and pornography issues. Having that option to ask: Is there a spiritual piece to this? Are you hunting for something you’re not finding? That can be helpful to guide people to make better choices. At the very least our culture is disinterested in religion, and at the worst, it is opposed to it. In the context of all this, an adolescent is trying to figure out who they are. No wonder they have issues with addiction and gender confusion.

DC: Colorado has a high suicide rate, particularly among young people. What are some warning signs parents should be aware of that their teen may have depression or addiction issues?

MS: One caveat is that with teens 14, 15 and 16, parents will see a lot of changes in their child due to puberty. That may not necessarily be a bad thing. Some things you can look at: Your child has always got As and Bs and done well in school, now they’re getting Cs and Ds and hate school. They are skipping school and not turning in assignments. They have had three best friends their whole life, now they are not hanging out with those people but with others you don’t know. You may see withdrawal from the family. Some of that will be normal, but for some it indicates a mental health issue. You know your kid better than anyone and you’ll understand when something is radically different.

DC: What can parents do if they discover their child is depressed or addicted?

MS: Try to improve communication and be open to learning opportunities. When comedian Robin Williams committed suicide people wondered, How could someone so funny commit suicide? If parents can pay attention to those moments and say, Let’s talk about that, why do you think? Do you ever think about that? Do you have friends who feel like that?

Also, don’t give up on your kid. Even if a kid isn’t interested in having dinner with you or interacting with you, you have to keep trying. Keep going in to say goodnight and give them a kiss. You have to keep that connection. Be available as much as possible, that’s important.

If you get to a point where you’re not sure what to do, there are a lot of treatment programs, there’s St. Raphael Counseling, there are community mental health centers. If safety is a concern, go to an emergency room. Don’t be afraid to do that. I had a client whose son was on and off suicidal. The mother had taken him to the hospital and he got angry. The mother said, I would rather have an angry son than a dead son. You’re the parent; you have the responsibility to do that.

MS: Two big things: For one, lots of people recover every single day and we never know about it. With alcohol issues, many people recover and change without any program. It’s not a hopeless diagnosis.

And two, the earlier you catch these things the better it’s going to be to address them. If you have a bad habit at age 49 it will be a whole lot harder to stop than if it was caught at age 17.  Research shows that if you are younger than age 14 and start using a substance you have a 400 percent greater chance at having a lifelong problem than someone who starts later. Basically, 99 percent of people with addiction issues start before 21.

(Adolescence and young adulthood) are critical times in a person’s life. You don’t think at 15 that your choices will affect you at 40, but they will. Young people and their parents need to be aware of that.

MS: The need for connection for young people is very important. Research tells us kids who are attached to activities after school — clubs, sports, faith-based youth groups — fare much better and stand a far better chance of avoiding substance abuse, pre-marital sex, trouble with the law or of dropping out of school, than those who aren’t attached to after-school activities. A youth doesn’t have to do 26 activities, just being involved with something that increases self-esteem and connection with other people has a really positive impact. There’s a principle that you are the amalgamation of the five people you surround yourself with. If they go to church, believe in God, make good choices, you’ll pick up on those things just by being around them. If you surround yourself with people who smoke pot and skip school, that’s what will affect you. One’s activities and social network are huge.