His Church. Our Experience.
Subscribe
HomeLocalQ&A: Matt Maher Echoes the message of the Cross on new album
LocalQ&A

Q&A: Matt Maher Echoes the message of the Cross on new album 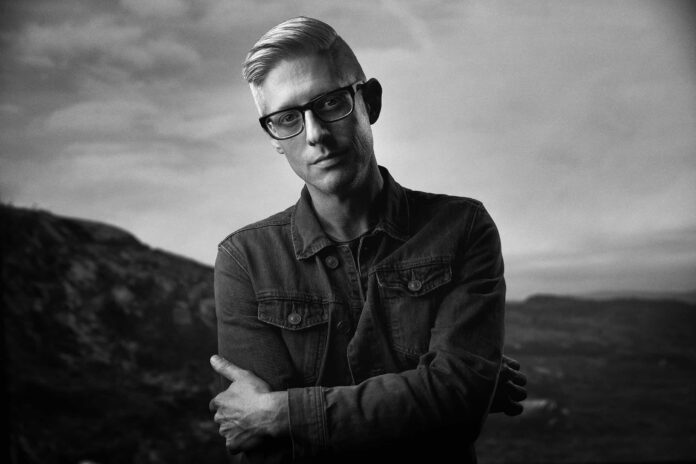 Few worship artists perform with as much passion, conviction and sincerity as Matt Maher. The eight-time Grammy nominated artist writes powerful songs that are sung in churches both Catholic and non-Catholic around the world, and his latest record Echoes contains a collection of songs that resonates deeply with the state of the culture we live in today; a culture that is yearning for something more. Matt was kind enough to chat with us about the meaning behind Echoes.

DC: Where does the title Echoes come from? Does that word have important meaning to you?

Matt Maher: It’s a word that I’ve used to describe, in some ways, how I see catechesis. I’ve been processing the world around me and all the issues that are unfolding in the world today, and asking the question, “How do I respond?” and how do I articulate my faith in this kind of world, and how do I do it in the face of persecution and disagreement? I’d also been writing songs, and realized I’d written about 20 songs, and three-quarters of the songs really were songs that declared God’s faithfulness and goodness in the midst of hardship.

I started the process of recording the record in January, and in March, my father fell ill and actually went into the hospital on Ash Wednesday and passed away on the feast of St. Joseph. All the sudden, I realized that a lot of the songs that I had written were somehow meant for me, first and foremost. The record took a bit of a shift; it wasn’t, “how do you stand up to the world,” it was, “how do you stand up to suffering?” I think ultimately, at the end of the day, even despite all the antagonists the Church and the faithful face day in and day out, ultimately the biggest antagonist is suffering and death, and how we choose to respond to that sets the tone for how we choose to respond to everything. I found myself wanting to put out a collection of songs that really spoke to this and hopefully would give voice to peoples’ fears and hurts and longings and desires but then also give them a voice for declaring God’s goodness and faithfulness, even when everything in their life seems to indicate the opposite. DC: What’s the story behind the album cover?

Matt Maher: I’m always drawn to words and their meaning. I’ve been thinking a lot about how this year is the 500th anniversary of the Reformation, and the word “protest” comes from a Latin root protestari, which means “to testify.” I was looking for an image that somehow describes the condition of the world that we find ourselves in. That picture for me is perfect because it represents a lot of things: It represents humanity stuck in the human condition, it represents the possibility of every person now with technology having the ability to stand on a soapbox every minute of every day and draw attention to something. In the process of making the records, I realized that half of the songs were about the Cross as our source of salvation, but also a sign of solidarity with the world; this idea of God lifting up his own son as a protest against death itself. It became all those things. It’s been interesting because people ask me about the cover and what it means, and I want to say, “What do you think it means?”

DC: What has influenced your change in sound and style over the years?

Matt Maher: You grow as a person and as an artist. It’s funny because people always tell me that my music has a sound, and I always feel like I’m still searching for that. I don’t feel like I’ve found it yet. I’m always trying to do a better job as far as articulating lyrics and how I feel and emotion. My stepdad said something to me once back in 2009, before I wrote the song “Hold Us Together.” He said, “you write a lot of songs about your faith, but I would love to hear you write a song from your faith.” That continues to haunt me because I do think that is the challenge, not just for me, but for the whole Church in the sense of: Are we spending most of our time and talents still trying to articulate what we believe rather than articulating things that people can find believable? Explaining faith versus witnessing faith are two completely different things, and I’ve realized for me as a songwriter, that’s something I’m trying to grow in.

DC: You met with Pope Francis over the summer. What was that experience like?

Matt Maher: I was with a group of people that are part of a ministry called John 17, and John 17 is a movement that started amongst Catholic and Protestant leaders. Basically, there’s no real agenda other that to call for relational reconciliation. The heart of it is that Catholic and Protestant leaders should find time to meet with each other, break bread, fellowship and begin to pray together in the hopes of understanding each other more and seeing where the other is; develop a relationship so that we no longer loo at each other by names, but we look at each other by familial titles like brother and sister.

It was an amazing meeting. We prayed together, we sang together, and I just sat back and watched. A lot of deference was given to the leadership over just to be able to ask questions to the Holy Father informally. It took place during the Pope’s private time, so it wasn’t on the official calendar because that way it wasn’t limited. We spent almost two hours [wth him], and a lot of the people that were there said they’d never seen anything like this before in their visits to Rome. The heart behind it wasn’t a lessening or diminishing in any way of the chair of Peter, but it did in fact make the chair of Peter more approachable.

Most of the questions that were asked were about leadership: “Holy Father, how would you lead your congregation in the midst of the political tension that exists in the United States?” He gave a very profound answer – he talked about allowing yourself to be in the place of tension, because it is there that the Holy Spirit stirs your heart. He said there was tension in the time of Jesus. It was very profound in that sense. Then a female children’s pastor from a non-denomination church asked him about catechesis and what he would teach young people. He said two simple things: The first thing he talked about was instilling a desire to share and how that is a lifelong virtue and it is good to instill that in them when they’re young. And number two, he said teach your children to sing worship songs to God. What he said was if you teach your kids to worship God, they’ll have a relationship with him for the rest of their lives, and singing praise and worship to God is the highest form of prayer because it is prayer without self-interest. I’ve always felt that for me as a songwriter and as somebody who writes worship music that the reason I write my music is to bring people to a place where they run out of things to say, and then they can be drawn into a place of contemplation. When he said those words, “It is prayer without self-interest,” the Holy Spirit brought up this image of me when I was young and single in an apartment, singing worship songs and trying to write songs for God, but doing it because I loved doing it. It very much felt like an affirmation from the Holy Spirit.

Echoes is available now to stream and purchase.