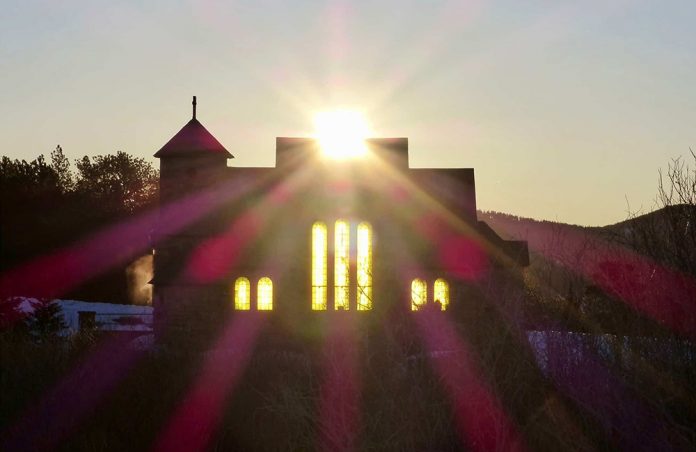 Throughout 2021, Archbishop Samuel J. Aquila emphasized the need for the Church and all of her people to re-acquire a biblical worldview as we face a new apostolic age. This call began with a pastoral note he issued during the Lenten season entitled “Our Apostolic Moment.” In it, he invited the faithful to “encounter – or re-encounter – the vision of the Gospel. This story, of a God who, out of love, created and then sent his Son to win his world back when it had fallen far from him, is the “why” that animates everything we do as a Church.”

Later in the year, during the Advent season, Archbishop Aquila issued another pastoral note entitled “In Search of a Story,” in which he announced that the Archdiocese of Denver would be going “on retreat” together through a series of themed homilies preached at all the parishes throughout the archdiocese. These homilies were broken into four distinct themes — Created, Captured, Rescued and Response — which were intended to effectively re-proclaim the kerygma, that initial proclamation of the Gospel that, as Archbishop Aquila mentioned, animates everything we do as a Church.

This language was borrowed from Father John Riccardo’s book Rescued, which some parishes in the archdiocese shared with parishioners to read. One parish that did this was Good Shepherd, where parishioner Tyler Stanley was given the book and ended up doing the archdiocesan retreat with a men’s group using this book and the homilies each week as a guide. He shared his experience of reading Rescued and engaging in the archdiocesan-wide retreat with the Denver Catholic.

Denver Catholic: What prompted you to use Rescued and the archdiocesan retreat for your men’s group?

Tyler Stanley: Too often when your Pastor gives you a book it ends up on your nightstand where it collects dust for weeks. Call it divine intervention, or maybe because it didn’t look too long, but when Father Fox (Good Shepherd) gave me a copy of Rescued a few months ago, I actually read it and really loved it! Then the archdiocese announced they were using it as the theme for their Advent retreat so I just thought it would be a fitting parallel to follow along with our group. It was natural as we had each of our meetings cover one of the four parts of the kerygma. Ultimately, I ended up witnessing eight other guys read and love the book too! I have even given a few copies away to others since then.

DC: What fruits have you witnessed?

TS: There were many immediate fruits seen throughout the conversation depending on the section, mostly in the form of a new perspective. For example, the first part of the kerygma, “created,” brought us as a group a much greater sense of wonder and awe of God, which led to overwhelming gratitude to be alive and created in His image. Ultimately, I think the real fruits will take time to see, specifically in the form of evangelization, but for now each member of the group has a fresh take on their faith.

DC: What has been most powerful or moving for you?

TS: The way Father John Riccardo tells our story, from the awe-inspiring wonders of creation, to the helpless, miserable fall of mankind, and ultimately to the heroic rescue by our Savior, the “ambush predator,” is unlike anything I’ve ever heard in my life. That has painted a new, exciting picture in my head of our purpose here on Earth — a “response” to this miraculous story — instead of the monotonous routine I usually find myself in when it comes to my Faith.

DC: How do you hope to use your experience of the retreat in your own faith life?

TS: The Archbishop’s letter last year announced a new “Apostolic age” that we live in where, as Catholics, our duty is to evangelize and spread the Faith similar to those of the early Church. That’s a scary task! But Rescued offers a simple way of understanding and remembering the story in the form of the kerygma. Armed with that tool, I feel more prepared and comfortable engaging in conversations about the Catholic faith with others. It is easy to get overwhelmed and discouraged when those opportunities arise, but I now feel better equipped to tell the beautiful story about what our ultimate purpose is.