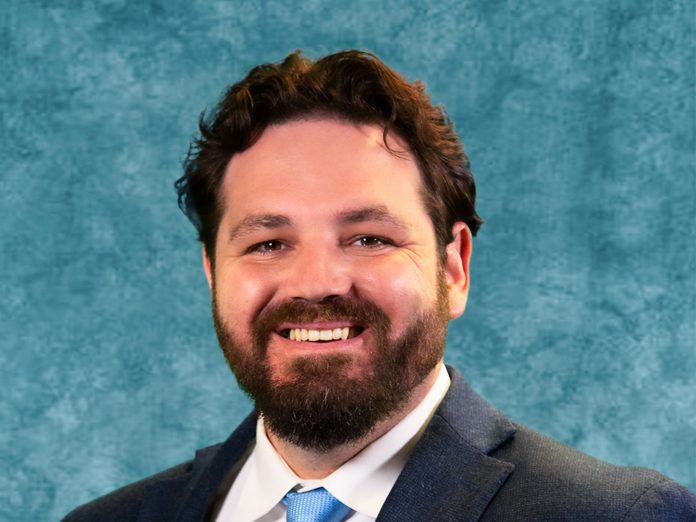 The Archdiocese of Denver recently named Dr. Scott Elmer as its very first Chief Mission Officer. Elmer has worked for the archdiocese for the past eight years and brings a wealth of experience, passion and zeal to this crucial role. Get to know Scott and how he hopes to bring about a greater unity within the Archdiocese of Denver so that we as the church in Northern Colorado can better carry out the greater mission that the Holy Spirit is calling us to.

Tell us a bit about yourself (where are you from, family/kids, etc)?

I was born on the North side of Chicago and grew up in Eastern Iowa. I came to Colorado to go to grad school at the Augustine Institute. I met my wife, Susie, while I was working part time at Home Depot and we were married in July 2013. We now have five awesome and crazy kids: Athanasius (7), Jubilee (6), Judah (4), Makaria (2), and Cabrini (8 months). We are parishioners at St. Mary in Littleton, where I used to work in adult faith formation, where Susie and I were married, and where all our kids were baptized.

Why are you working for the Church rather than a secular company?

In college, I had a wonderful experience of ongoing conversion through FOCUS at Western Illinois University and felt a strong ecclesial call. I first interpreted it as a call to priesthood and when that became clarified that that was not God’s plan for me, I began studying theology and have never desired to do anything other than advance the mission of Jesus Christ through his Church.

Do you have any story or insight that you would like to briefly recount about your own experience of being a disciple of Jesus Christ?

I remember when I first started attending Bible studies in college which led to extended philosophical and theological conversations with missionaries. After one of these conversations, a missionary named Matthew Cyriac invited me to go to Monday night Mass. I was confused because I thought the biggest draw to priesthood was only working one day a week and was unaware that people went to Mass on any other day. I decided to go and then realized it was probably time to go to confession as I hadn’t been in about seven years. I randomly asked the chaplain one day to hear my confession and sat in there for over two hours. From that day on, I started attending daily Mass and the Word of God became alive for me, I became involved in the choir, the Newman Council, and adoration and never looked back.

What’s one fun fact about you?

My wife and I love doing DIY projects. Together we have put two roofs on, remodeled three bathrooms, re-worked the plumbing for our entire house and built a 12 x 16 shed in our backyard.

What is one of your hopes for this new role that you’re stepping into?

I hope to be an agent of unity and solidarity among the many moving parts within the Archdiocese. I hope that by providing clarity in how our mission is lived out in the various settings, our leaders will be able serve according to their strengths and find a synergy that please God.

You’re going to be managing a lot of big projects in this new role! Is there one that is particularly exciting for you?

There are a lot of elements in the Eucharistic Revival that I am excited about, mainly, how this becomes an opportunity for profound growth and zeal for the mission. In my opinion it will be a failure if we are unable to go beyond the faithful adorers that already love Jesus in the Eucharist and spend time with him. I look forward to seeing the faithful awakened to a more robust participation in the sacrifice of the Holy Mass and a deeper discovery of who they are as a Eucharistic people.

Anything else that you want our readers to know?

I am deeply humbled by this opportunity and am committed to boldly following Jesus in this new role. I look forward to the relationships I will get to experience and long to see the fruits of the Holy Spirit’s work that have already been seeded.