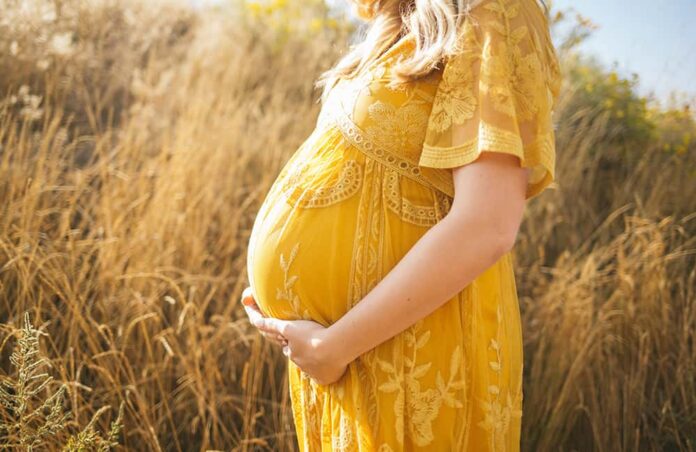 “I urge all Catholics to get involved in this effort!” Archbishop Samuel J. Aquila of the Archdiocese of Denver has written.

Proposition 115 (formerly known as Initiative 120) would ban abortion after 22 weeks of pregnancy, changing the current Colorado law that allows babies to be aborted for any reason up to birth. The proposition allows for an exception if the mother’s life is at risk. Under the proposed statutory change, a physician performing a prohibited abortion could be subject to a three-year license suspension, but it would not impose any penalty on a woman receiving an abortion.

“This is a great opportunity to limit the assault on children in the womb,” said Deacon Geoff Bennett, Vice President of Parish & Community Relations at Catholic Charities, which includes Respect Life Denver. “Colorado has allowed the killing of the unborn up until birth since 1967.”

Colorado was the first state to eliminate abortion restrictions and it remains a destination for late-term abortions. However, this could change if a majority of voters approve Proposition 115 on Nov. 3.

Lynn Grandon, Program Director for Respect Life Denver, shares more about the proposition and what to expect in the coming weeks.

Charity Works: The petition received support from registered voters—Republicans, Democrats and Unaffiliated alike—who signed to put it on the ballot. What would you say are common misconceptions about abortion in Colorado?
Lynn Grandon: The predominant response during signature gathering was surprise and disbelief that our state has allowed abortions through all nine months of pregnancy. Our public’s reaction follows the trend of the nation, which agrees with limitations on late-term abortions.

CW: What can you say about the volunteer efforts? Grandon: Volunteers gathering petition signatures were utterly heroic in spite of the pandemic. We were charged with gathering 10,000 more signatures during the stay at home orders from the Colorado governor in only a two-week time frame. Creative and determined teams across the state setup at grocers, hardware and home improvement stores, etc….places where people ‘had to go.’ The totals were nothing short of miraculous- 48,000 signatures were added.

CW: What can supporters expect from Respect Life Denver to educate and encourage voters in support of Proposition 115?
Grandon: We will provide educational resources, podcasts, memes, links, personal stories and testimonies from families who faced challenges that coincide with situations that surround this proposition, as well as ideas and suggestions of what people can do to spread the truth and encourage a historic vote in our state of Colorado.

CW: A month before the November election, on Oct. 5, Colorado will celebrate Frances Xavier Cabrini Day. Mother Cabrini, who died in 1917 and was canonized in 1946, cared for the whole person and dedicated her life to works of mercy. What is the significance of this day and its relevance to protecting life in Colorado?
Grandon: If Mother Cabrini were with us today, she would be at the forefront – championing this effort. Her life is an example of how Catholicism impacts society: by honoring humanity’s needs of body, mind and spirit with churches, schools, hospitals and orphanages. She, and we, stress that the Church upholds the dignity of every human life – at every age and every stage.

This would undoubtedly include the most vulnerable among us, who are pregnant moms at risk of abortion and the unborn. Mother Cabrini upheld the values of the Church, and her Church is still here standing for the same values, morals, and determination to protect every human life. We need to take this opportunity to remind Coloradans of her contributions and tie it to this historic vote for 2020.

CW: How can people get involved in supporting Proposition 115?
Grandon: First, make sure you are registered to vote. You can check that at respectlifedenver.org, the homepage of our website. Ballots will be mailed to registered voters in early October. Do all you can in these next two months. We need to reach those in our spheres of influence (friends, relatives, associates, neighbors) on the necessity to end the barbarism of late-term abortion in our state. Promote VOTE YES on Prop. 115, including the hashtag #YesOn115 on social media. Share our website resources. Contact your parish (or Catholic school) and make sure they are encouraging parents to vote YES on Proposition 115. Make phone calls, use social media, get creative! Make our voices heard acknowledging the eternal value of all human life. When future generations look back at this time and ask, ‘What did you do to protect those little ones?’…What will you say? Brothers and sisters, let’s rise up together, right now, and bravely change society for good right here in Colorado.

This article originally appears in the August 2020 edition of Charity Works.