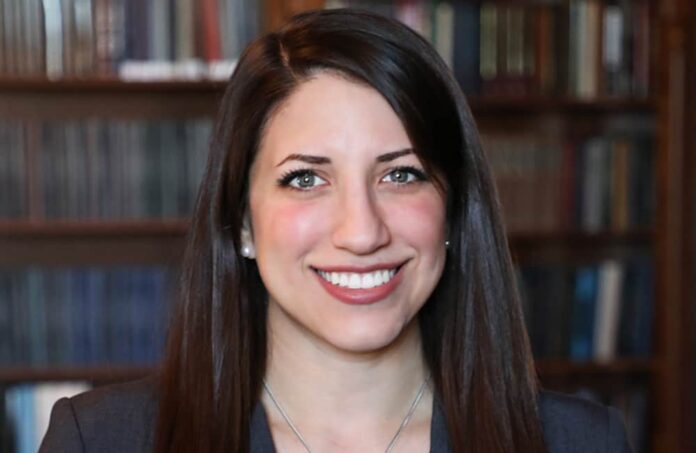 Perhaps unbeknownst to many Catholics in the Mile–High State, the three Colorado dioceses have a presence in both state and national politics in the form of the Colorado Catholic Conference.

The Colorado Catholic Conference serves as the political lobbying arm of the dioceses, helping to advocate for the common good among the people of Colorado in areas such as education, poverty, family life, abortion, assisted suicide and euthanasia, social services, conscience protection, health care, criminal justice, and religious liberty.

Britanny Vessely was recently hired as the new Executive Director of the Colorado Catholic Conference, where she brings a wealth of previous experience as an advocate at the national level for Catholic education and a domestic policy researcher in the nation’s capital.

Vessely was kind enough to answer a few questions to introduce herself to the faithful of Colorado and provide more insight into what she hopes to accomplish in her new role.

Denver Catholic: What is your background?
Brittany Vessely: Before joining the Colorado Catholic Conference, I was the founding executive director of Catholic Education Partners (CEP). CEP is a creation of the U.S. Conference of Catholic Bishops; its purpose is to empower families to send their children to Catholic schools with publicly funded scholarships. I was previously director of state policy at the Friedman Foundation, where I worked with state lawmakers on school choice policy. I also previously conducted domestic policy research in Washington, D.C., including education, welfare, family, and religious liberty policy issues. I am from Tucson, Ariz., but Colorado is near to my heart – I am a graduate of Colorado Christian University. I am also a Catholic convert, a wife and a mother.

DC: How/why did you get involved in advocacy for Catholic education and school choice?
BV: My interest in education policy arose during my graduate fellowship at the John Jay Institute in Philadelphia. There, I studied Church history, philosophy, and theology (which led me to be confirmed in the Catholic Church). I began to understand the purpose of education as human formation, and that properly ordered education reform empowers parents with education decision-making for their children. The Church teaches that the parent is the primary educator of their children, and that those children ought to be able to go to a school that teaches them what is True, Good, and Beautiful – that’s Catholic education! It is my honor to advocate for parental choice in education and Catholic schools in Colorado, among other issues that impact our Church, our lives, and our families.

DC: What issues do you feel will be most important in your lobbying efforts for the Colorado Catholic Conference?
BV: The Church must always be on guard for threats against our religious integrity and autonomy. This is even more true today. I believe the most important issue that we will face in our relationship with local, state, and federal government is how to promote the common good while protecting our first amendment liberties.

DC: What words of encouragement do you have for Catholics who are discouraged by our current political environment, both at the state and national levels?
BV: It is our duty as citizens and faithful Catholics to make sure we are involved in public life, advocating for Catholic social teaching and protecting our religious freedom. Politics has always been messy, and there has always been a conflict of the spheres of sovereignty between Church and State. However, it is the principle of American federalism that we practice self-government by engaging with our elected officials and holding them accountable.

DC: How would you encourage Catholics to get involved in local politics?
BV: The best way for the Catholic faithful to get involved in local politics is to find out who their elected officials are and contact them with their concerns. This includes staying informed on public policy and active in elections, so that we have representation that will promote the interest of the Church. The Catholic faithful must also engage political issues in our community, and especially in our parishes. This includes volunteering and contributing to efforts that involve Catholic social teaching. But most important, our Catholic community needs to understand what the Church teaches and live the faith, in order that they may be a true light in the world. Finally, the Colorado Catholic Conference is happy to be a resource for Catholics to get involved in politics!